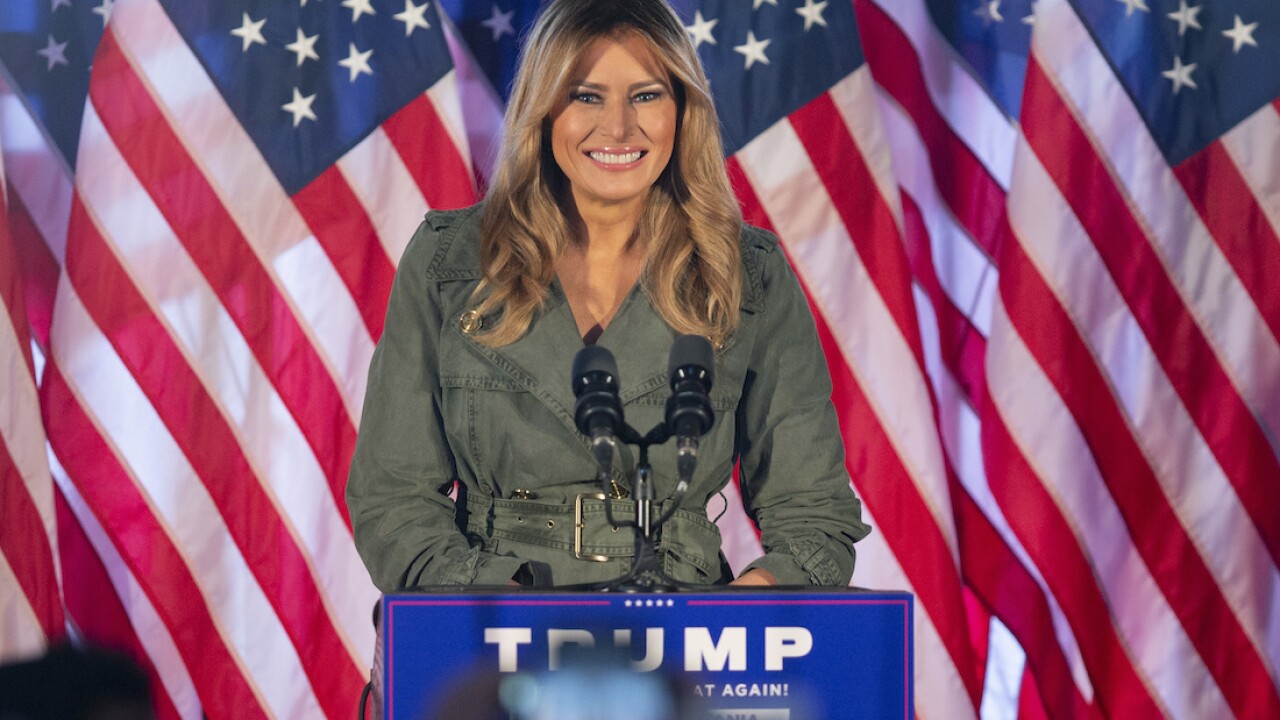 Melania Trump is slamming Joe Biden, Democrats, and the media as she campaigns for her husband in Pennsylvania.

In her first solo appearance of the presidential campaign, Mrs. Trump says Democrats focused on a “sham impeachment” instead of the coronavirus pandemic.

"The Democrats have decided to put their own agenda ahead of the American people's well-being," Melania said. "Instead, they attempt a divide, a divide on something that should not be non-partisan. A divide that causes confusion and fear instead of hope and security."

She denounced what she called Biden’s “socialist agenda” and criticized media coverage of “idle gossip and palace intrigue.”

Melania Trump also defended President Donald Trump’s record on COVID-19 even as he continues to downplay the threat of a virus that has killed more than 226,000 Americans.

"We all know the American spirit is stronger than this virus," the First Lady stated to the crowd in Pennsylvania. "We have proven that we can and will overcome this unexpected challenge."

Her husband's chief of staff, Mark Meadows, said over the weekend that the U.S. is not going to be able to contain the virus.

The first lady’s event 50 miles (80 kilometers) west of Philadelphia drew a couple of hundred supporters who piled into a converted barn typically used for wedding receptions.

The overwhelming majority wore masks, but there was little social distancing.

Mrs. Trump was diagnosed with the coronavirus earlier this month along with her husband, and she decided against attending a rally with the president last week because she was still feeling lingering symptoms.