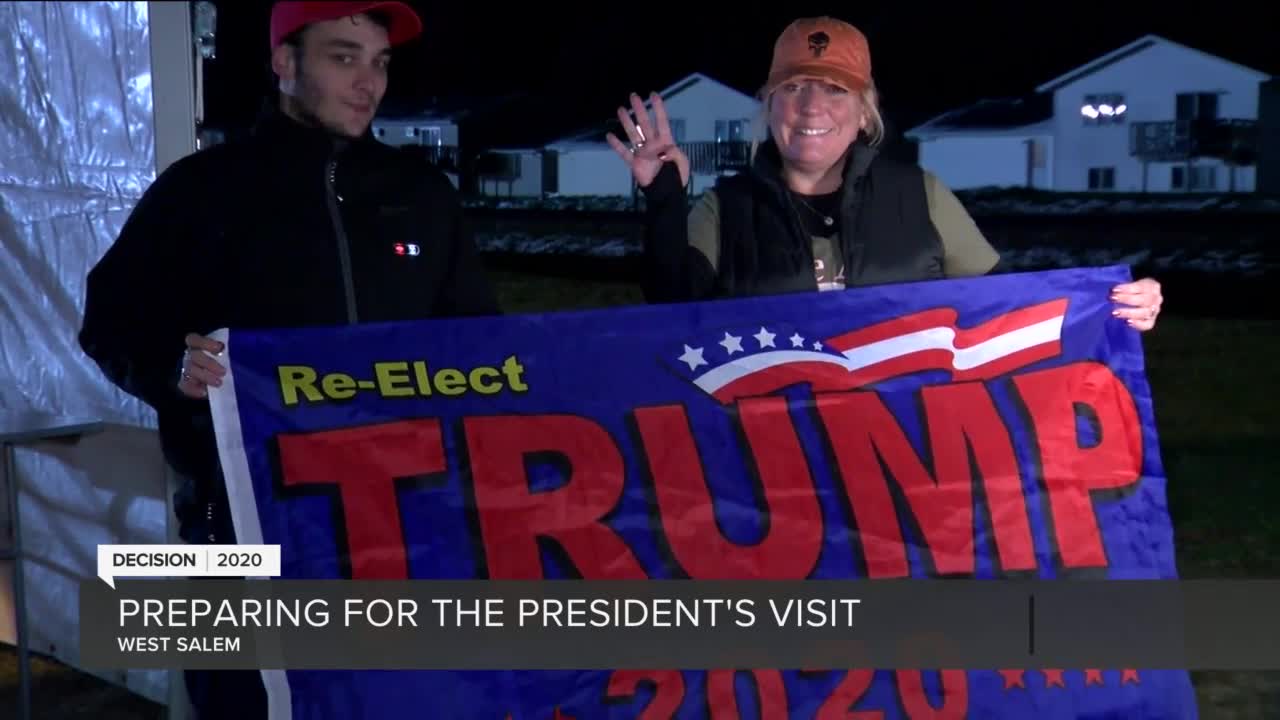 It will be held at the La Crosse Fairgrounds Speeday in West Salem.

It will be held at the La Crosse Fairgrounds Speeday in West Salem.

Some of the president's supporters turned out late Monday night to save their spot in line.

"He’s done everything he has said, and he continues, and we love him," said Jennifer Underwood.

Earlier this month, the president's campaign planned a rally in La Crosse, and local officials asked him to cancel amid a surge of cases in the area.

The president did then move the event to Janesville, but then he tested positive for the coronavirus.

The president's visit frustrates local doctors such as Dr. Robert Freedland, who is part of a liberal organization called the Committee to Protect Medicare.

This is the president's third event in Wisconsin within a span of two weeks. His events in Janesville and Waukesha have drawn thousands of people. People who attend are encouraged to wear masks, but not everyone does.

The president's event is technically in the Town of Hamilton. The town chair told TMJ4 News while it would be an honor to meet the president, he would not be attending the rally because of coronavirus concerns.