Joe Biden to attend campaign event in Wisconsin this week 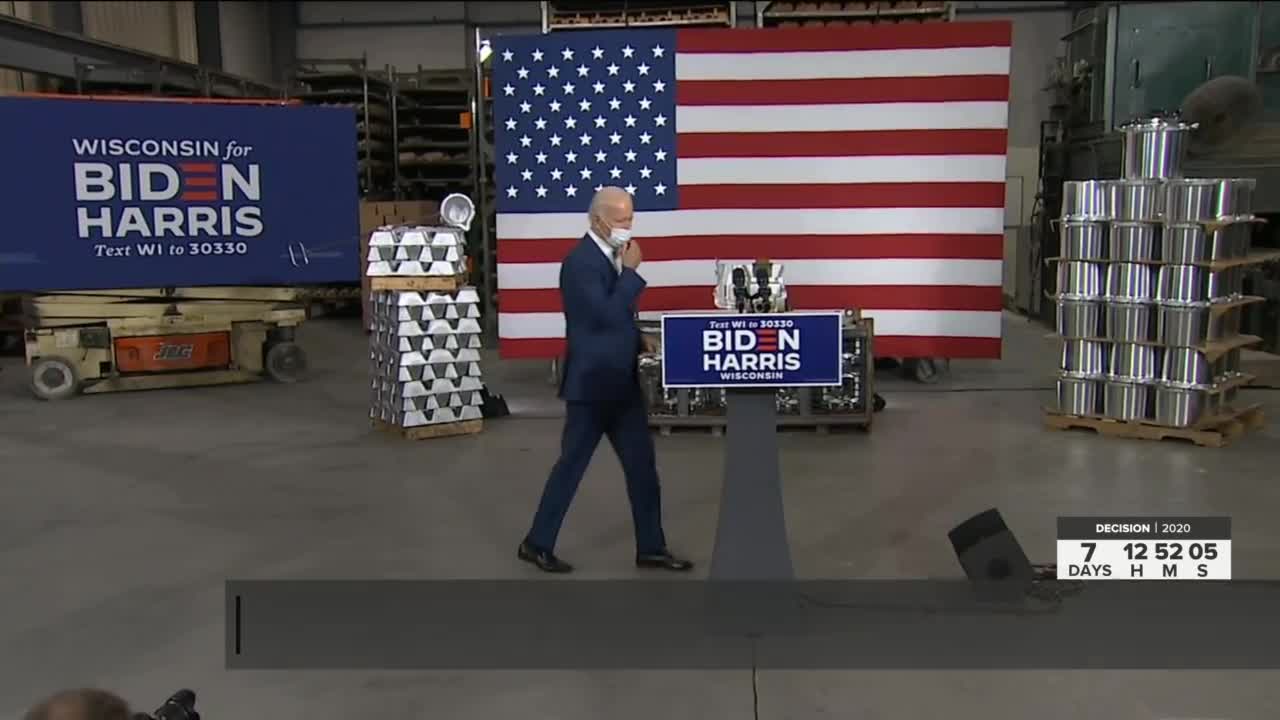 Trump and Biden are visiting the Badger state this week.

Joe Biden will be attending an in-person campaign event in Wisconsin this Friday.

The Biden-Harris campaign said in a news release Monday that the location and time of the event will be released later this week. At the event, Biden will "discuss bringing Americans together to address the crises facing the country and win the battle for the soul of the nation," according to the campaign.

This will be the second time the former vice president has campaigned in Wisconsin this year. Biden visited Kenosha and Milwaukee in September, following protests and unrest in the wake of the police shooting of Jacob Blake.