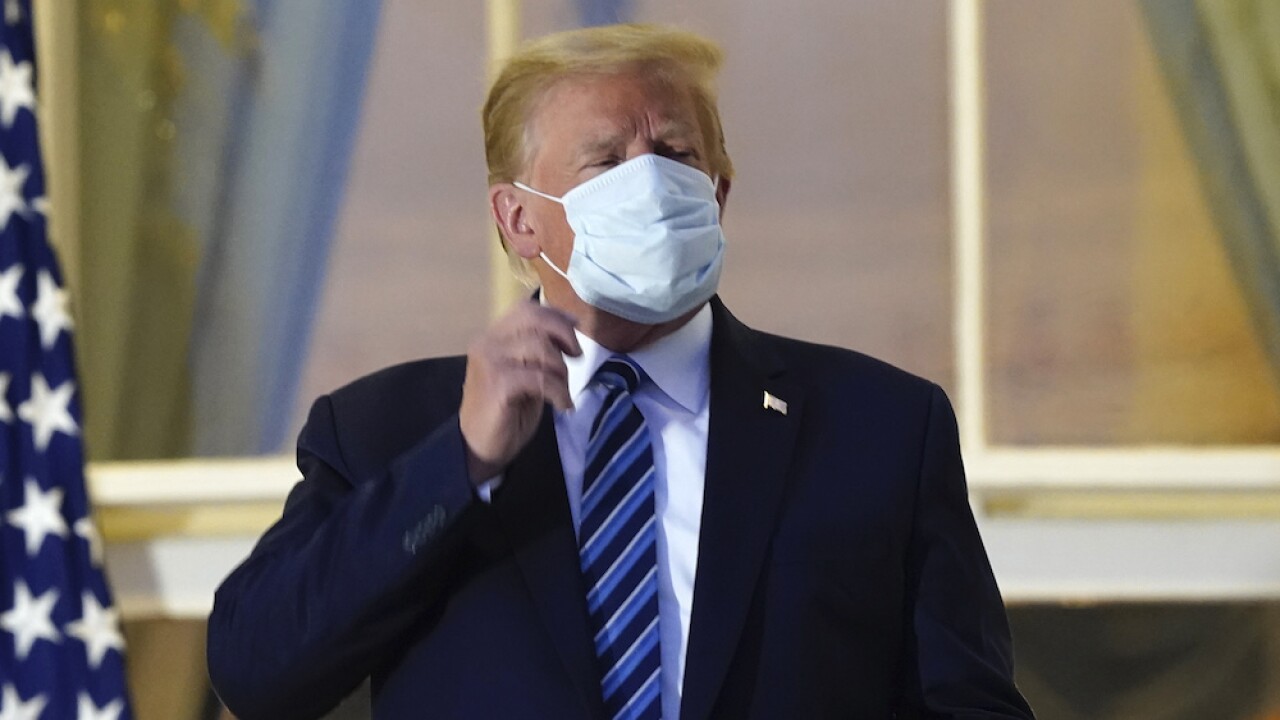 Copyright 2020 The Associated Press. All rights reserved.
Alex Brandon/AP
President Donald Trump removes his mask as he stands on the balcony outside of the Blue Room as returns to the White House Monday, Oct. 5, 2020, in Washington, after leaving Walter Reed National Military Medical Center, in Bethesda, Md. Trump announced he tested positive for COVID-19 on Oct. 2. (AP Photo/Alex Brandon)

A White House aide has admitted that a document that was released Tuesday that claimed that the Trump administration had ended the COVID-19 pandemic was "poorly worded."

According to CNN, White House communications director Alyssa Farah clarified Wednesday that President Donald Trump does not believe the pandemic is over.

"The intent was to say that it is our goal to end the virus," Farah said, according to CNN.

White House comms director Alyssa Farah says a document claiming ending the pandemic was an administration accomplishment was “poorly worded.” She says President Trump does not believe the pandemic is over. “The intent was to say that it is our goal to end the virus.”

Farah's comments come a day after the White House Office of Science and Technology Policy listed "ending the COVID-19 pandemic" atop a list of Trump's first-term accomplishments.

According to Politico, the press release claimed Trump took "decisive actions to engage scientists and health professionals in academia, industry, and government to understand, treat, and defeat the disease."

The press release is the latest instance of the White House's attempts to downplay the severity of the pandemic. Trump himself told journalist Bob Woodward in March that he was "downplaying" the virus, so as not to cause a panic.

In recent days, the President has also made several statements indicating that the U.S. is "rounding the corner" in the pandemic, despite spiking case numbers and hospitalizations linked to the virus.