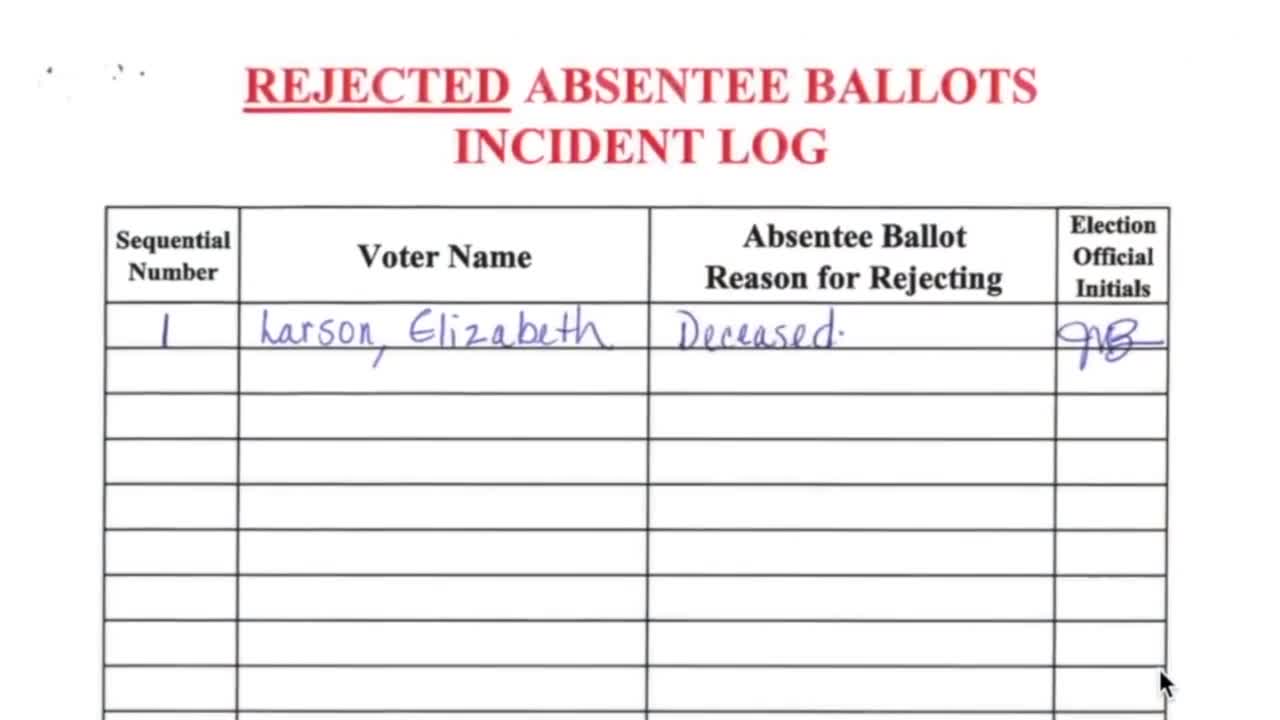 A Cedarburg woman is charged with election fraud after a police investigation found that she allegedly submitted an absentee ballot for her dead partner.

A Cedarburg woman was charged with election fraud after a police investigation found that she allegedly submitted an absentee ballot for her dead partner.

Cedarburg police said these are the first voter fraud charges in the city’s history. Investigators said the suspect not only confessed, she also listed herself as the voter’s witness on the ballot envelope.

The ability to vote is a constitutional right and fundamental to our democracy. One Cedarburg woman is finding out there are major consequences for even trying to cast a ballot for someone else.

“I think in this case, the temptation was just too strong,” said Cedarburg police investigator David Dudash.

Officer Dudash said Christine Daikawa admitted to filling out and submitting her spouse’s ballot well after she died in July.

“She kind of was looking at the ballot and kind of taking deep breaths and looking at it, she kind of looked at it and said I committed voter fraud,” Dudash said.

Officer Dudash said the city clerk knew something was wrong when she ran the voter’s name through the state’s voter registration database as she does with all absentee voters.

“It immediately identified that that voter Elizabeth Larson had deceased,” Dudash said.

Court records show the absentee ballot was “signed and dated September 16” and “received at the Cedarburg City Hall drop box on November 3.”

Dudash believes this investigation shows the election and law enforcement systems work because the fraudulent ballot was never counted and the person accused is being held accountable.

Daikawa faces two charges including a felony for election fraud, impersonating an elector. If convicted, she could face fines and up to four years in prison.