One of Wisconsin's top prep baseball teams is staying ready in case the WIAA spring sports season can be salvaged. 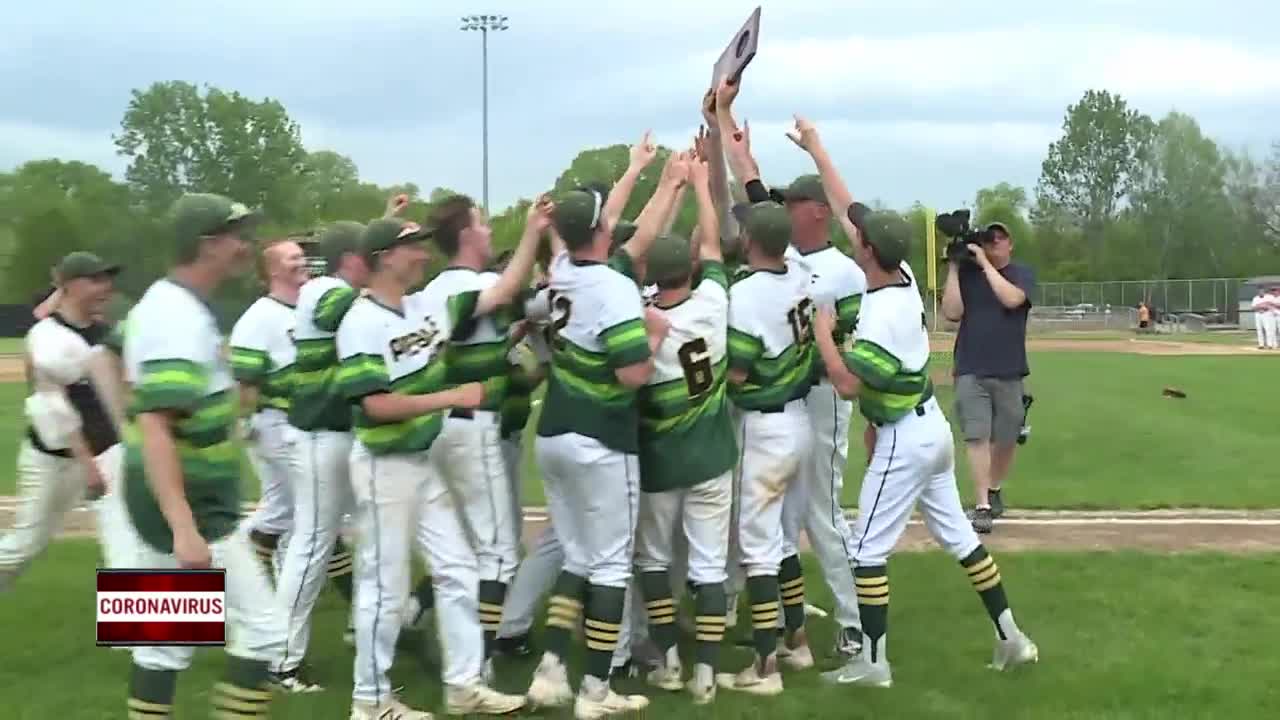 "We're kind of in a holding pattern," Conard said Thursday. "It's a wait and see and we're just kind of being ready to go when they tell us that we can play and we're hoping to be able to play."

The Hornets are one of Wisconsin's top baseball programs. They have advanced to the WIAA state tournament four years in a row and are poised to make it five - if they get a chance.

"We would take anything we get," Conard said. "Whether it be playing ten games, 15 games... Heck I think at this point we'd take five as long as we get a chance to get back out and play the game that we love."

The longtime coach has been encouraging his team to stay prepared - and stay in shape - in case the season can be salvaged.

"Every day he sends us a text saying 'stay focused, stay ready," senior Ben Graff said. "He's been encouraging us to go outside with a parent and play some catch.

"The head coach at Vanderbilt, Tim Corbin, just sent us all a bunch of workouts," Stefuik said.

"I've been working out right here in my room and going on runs has really helped... and obviously keeping the arm in shape and throwing as much and as often as possible."

Stefiuk could be affected by a Major League Baseball decision, as well. MLB is reportedly strongly considering reducing its draft from 40 rounds down to as few as five this year - which will reduce Stefuik's chances of getting drafted straight out of high school.

He said he's not overly concerned about that potential change - he's very committed to Vanderbilt, and will be draft eligible again in three years.