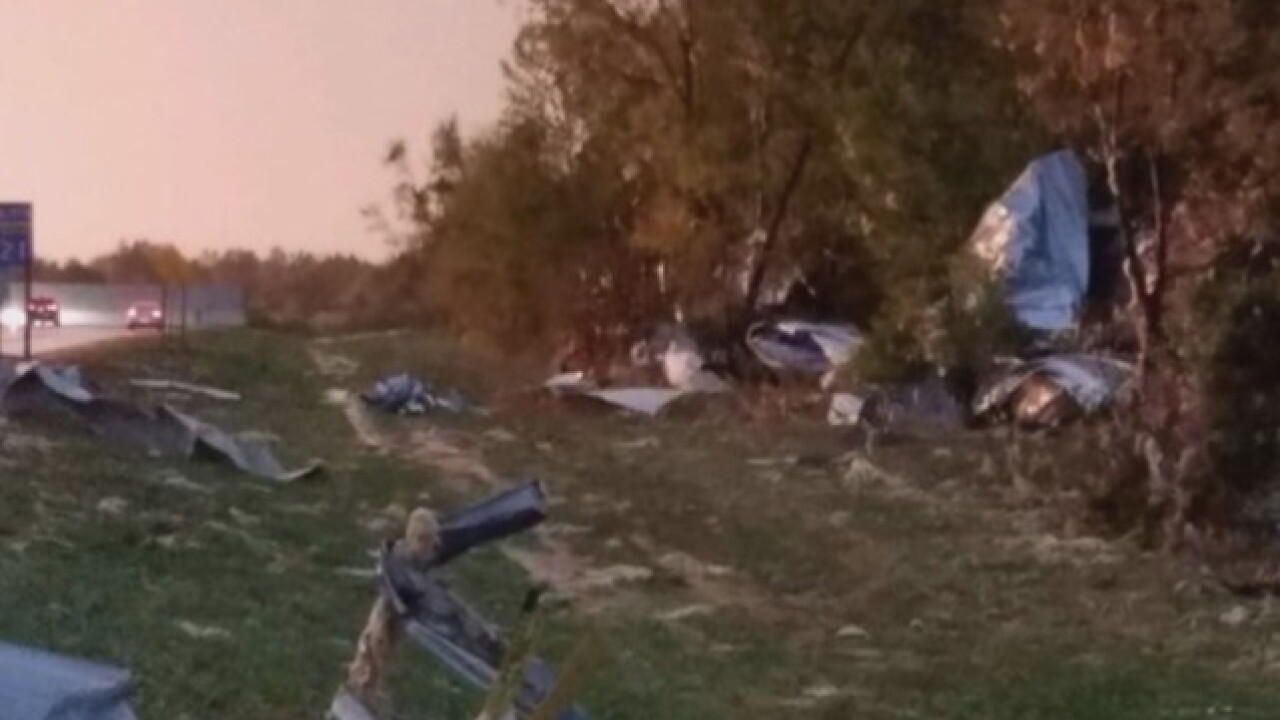 Rice County Sheriff Troy Dunn says a dozen homes in Morristown are uninhabitable, and in Morristown Township six residences and a number of outbuildings have been badly damaged. Boats and watercraft on Cedar and Roberds Lakes have flipped, damaged or blown away from their moorings.

An email from Cannon Falls Police says a significant portion of the community is without power, with a number of roads blocked by trees or downed power lines. A shelter is being set up at Cannon Falls High School to house residents from a local care center that was evacuated following a generator fire.

Assessment teams from the National Weather Service are on the ground Friday morning in southeastern Minnesota, to determine whether the damage was indeed caused by tornadoes.

A curfew has been put into effect in the tiny community of Morristown. No one is being allowed outside their homes and residents are only allowed to enter town. Several southeastern Minnesota communities called off school for the day due to storm damage and power issues.

Xcel Energy was reporting thousands of power failures across the Twin Cities and in communities to the south.

In the Twin Cities the biggest problem was urban flooding. Storm sewers simply couldn't keep up with the deluge, leaving highways, local roads and intersections under water.