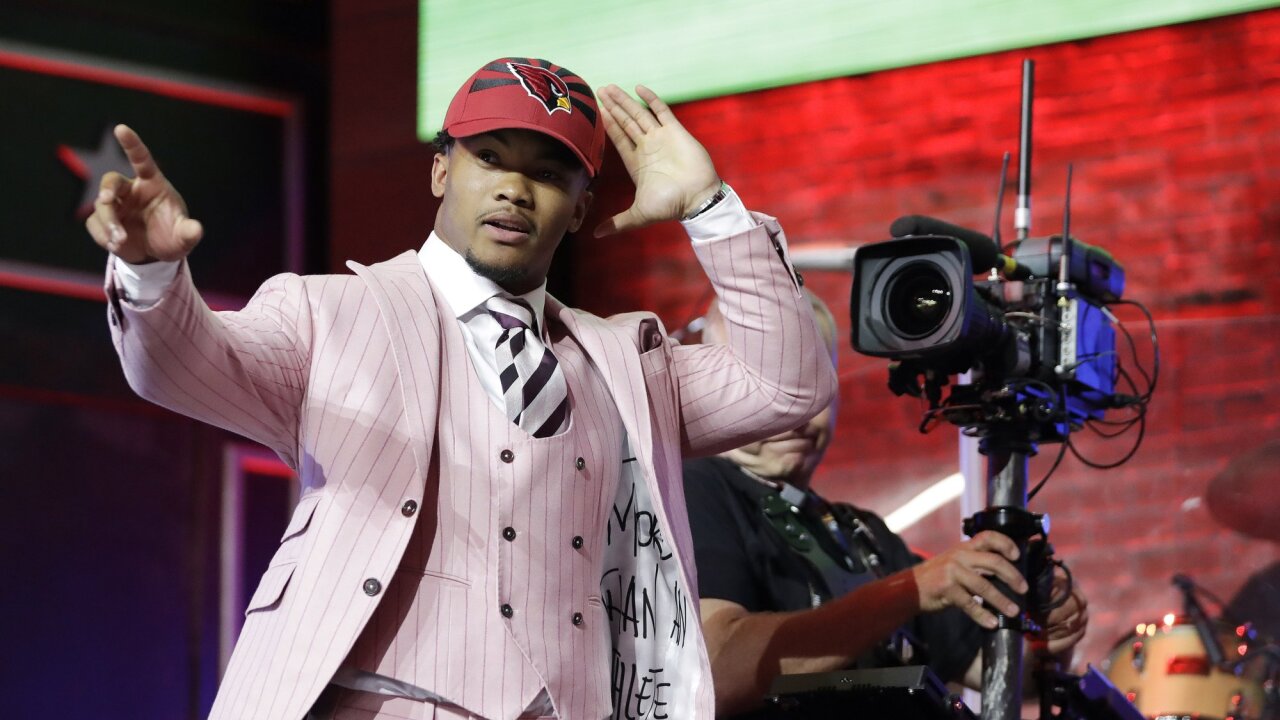 For the second time in a year, Arizona went QB, having moved up from 15th overall to 10th in 2018 to grab Josh Rosen. NFL teams simply don’t do that, but with a new coach in college-trained Kliff Kingsbury, the Cardinals made the bold move. At least until they likely move Rosen elsewhere in a trade.

“I feel we can be very dangerous,” Murray said. “He’s one of the best in the world at calling plays. I can’t wait to get up there with him. It’s been a long time coming and I hope he feels the same.”

Resplendent in a pink suit — nothing close to the Cardinals red he will be wearing in Arizona — Murray hugged several of his fellow draft prospects before doing the same with Commissioner Roger Goodell.

Murray becomes the 22nd Heisman Trophy winner to go first overall. He also is the second straight Sooners quarterback to pull it off: Baker Mayfield went to Cleveland in 2018.

Ohio State edge rusher Nick Bosa went to San Francisco as expected. The 49ers have used a first-round selection on four defensive linemen in the past five drafts.

Bosa is considered the top pass rusher in this group. His older brother, Joey, plays for the Chargers and was the 2016 Defensive Rookie of the Year. Their father also played in the NFL.

“Good genes, man,” Bosa said with a laugh. ”″It’s a new journey. I’m so excited to finally be back on a team. I can’t wait to get to work. This is all the work I’ve put in since I was 7 years old and it’s finally here.”

Bosa is the highest Ohio State draft pick since offensive tackle Orlando Pace went No. 1 to St. Louis in 1997. He missed all but three games last season with a core muscle injury, but already had exhibited the kind of playmaking that lifts players to loft status. Such as the second pick in the draft.

The Jets, widely speculated to trade the third pick, used it on Alabama defensive tackle Quinnen Williams, considered by some scouts the best player in this draft. Not even a starter before 2018, Williams won the Outland Trophy last season and is Alabama’s highest drafted defensive player since linebacker Cornelius Bennett went No. 2 overall in 1987.