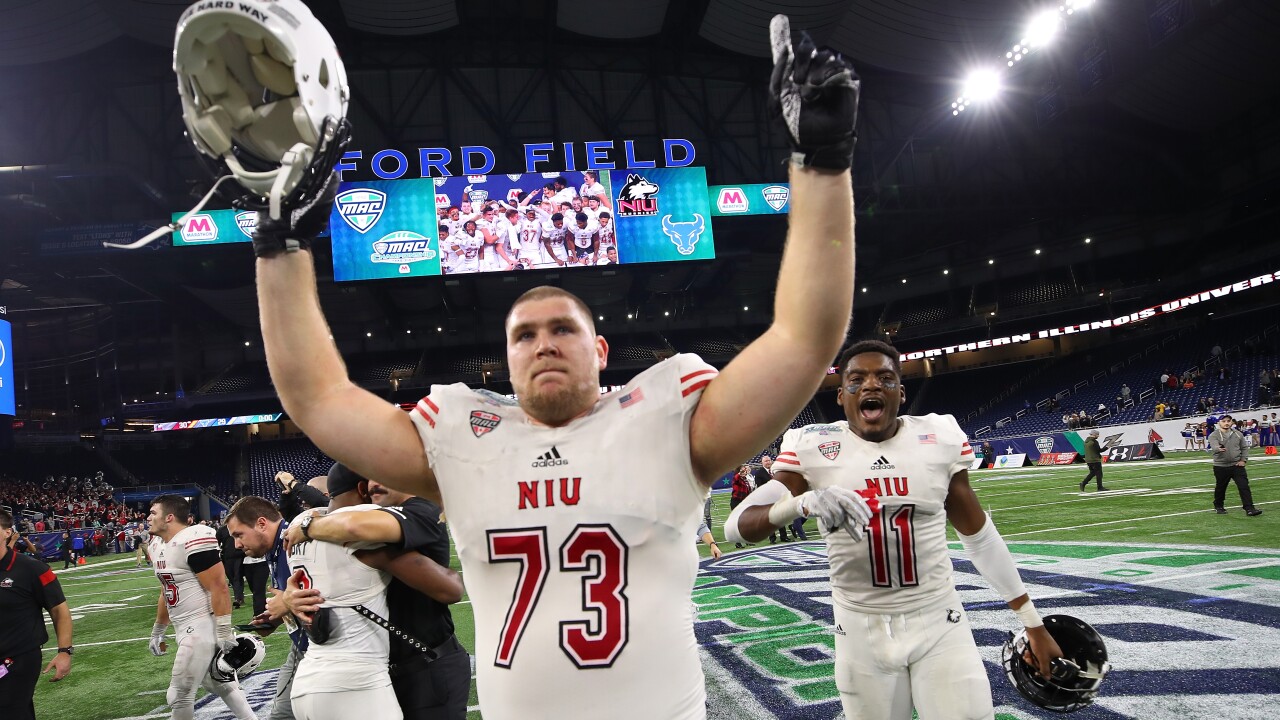 NASHVILLE, Tenn. — An alumni from Green Bay Southwest High School has been drafted into the NFL.

Green Bay Southwest product Max Scharping gets his name called at No. 55 overall in the second round by the Houston Texans.

Scharping, of Northern Illinois, joins Alabama State's Tytus Howard, the Texans' first-round pick as Houston tries to better protect oft-banged up quarterback Deshaun Watson. Howard was a quarterback in high school before growing into his 6-foot-5, 322-pound frame while Scharping (No. 55 overall pick) is a 6-foot-6, 327-pound tackle who started in 53 consecutive games for the Huskies.

Watson was sacked an NFL-leading 62 times as Houston won the AFC South last season. Johnson (No. 54 overall pick) started 18 games for the Wildcats after a series of twists and turns.

Originally, he committed to Ohio State but did not qualify academically. In 2014, Johnson played at San Bernardino Valley Community College before spending the next two years at Garden City Community College. His final two seasons were spent at Kentucky, where he had 64 tackles with 12 pass breakups.

This is the third straight season the Texans have addressed the cornerback position in the draft.

The Texans had three picks in the first two rounds. They come a year after they didn't have any picks in the first or second rounds because they shipped their top two picks to get rid of Brock Osweiler and trade up to get Watson in 2017.

Green Bay Southwest product Max Scharping gets his name called at No. 55 overall in the second round by the #Texans. #Packers host them in the first week of the preseason Aug. 8 as well as for joint practices beforehand.

Well, close! Green Bay’s own Max Scharping goes to the Texans in Round 2 Pick 23