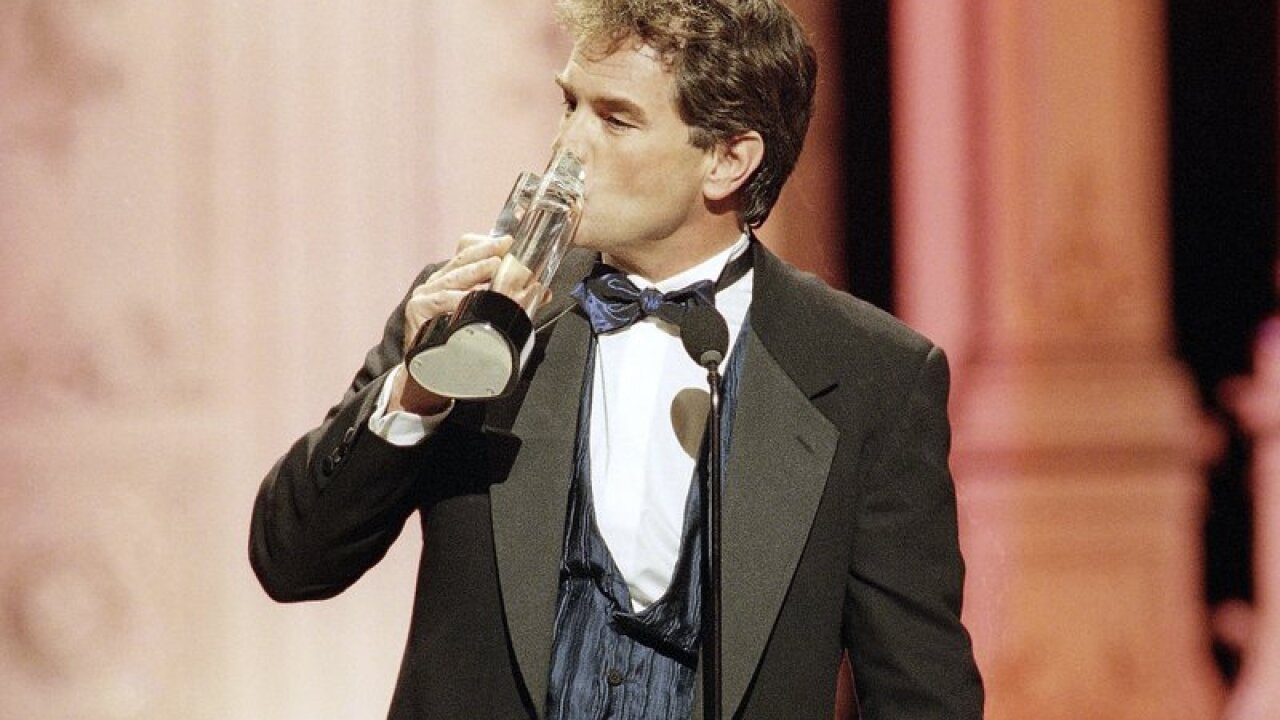 (AP Photo/Rene Macura)
FILE - In this Friday, Feb. 27, 1998 file photo, John Callahan of &quot;All My Children&quot; kisses his award after winning Outstanding Lead Actor at the Soap Opera Digest Awards in Universal City, Calif. Callahan, known for playing Edmund Grey on “All My Children” and also starring on other soaps including “Days of Our Lives,” “Santa Barbara” and “Falcon Crest,” has died. He was 66. His ex-wife and former co-star Eva LaRue announced his death on her social media account on Saturday, March 28, 2020.

LOS ANGELES (AP) — Actor John Callahan, known for playing Edmund Grey on “All My Children” and also starring on other soaps including “Days of Our Lives,” “Santa Barbara” and “Falcon Crest,” has died. He was 66.

USA Today reports that Callahan died from a stroke.

His ex-wife and former “All My Children” co-star Eva LaRue announced his death on her social media account on Saturday. The two, who played a married couple on the show, shared a daughter, Kaya.

“May Flights of Angels Wing You to Your Rest my Dear Friend. Your bigger than life, gregarious personality will leave a hole in our hearts forever. We are devastated-My great friend, co parent partner, and loving father to Kaya,” she wrote on Instagram. “Kaya and I are beyond broken hearted, so stunned, sorry that my thoughts are a mess. You gave the best most beautifully written tributes, and I am at a complete loss for words right now for you.”

On Monday, the "Live with Kelly and Ryan" host mourned the loss of her friend.

"I had a really bad weekend this weekend. A very dear friend of mine, a friend for almost 30 years, passed away over the weekend," Ripa told her co-host, Ryan Seacrest, of Callahan. "He was a great actor, a really great friend, one of the funniest people I've ever met. The ex-husband of my firstborn son's godmother, Eva La Rue. His name is John Callahan. He was 66 years old, way too young to be taken from us," she added. "Ryan, you never knew each other, but you two would have loved each other."