The junior wide receiver is not yet eligible to play. 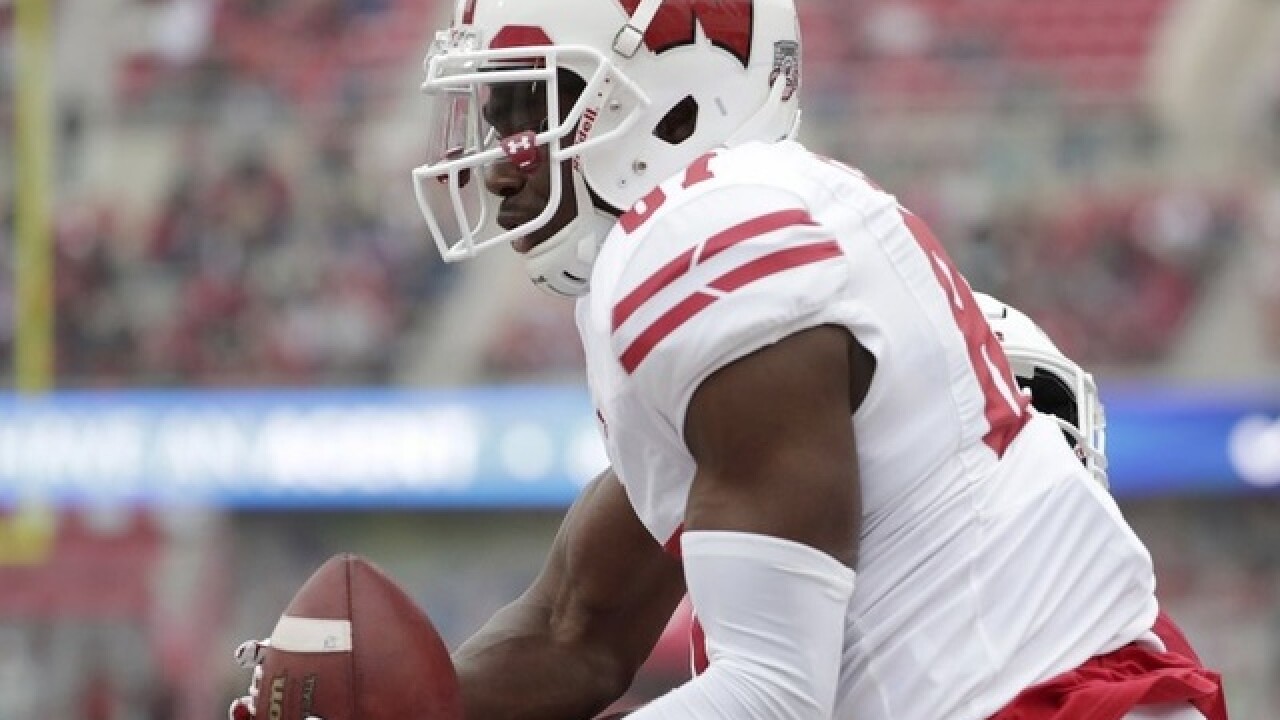 Copyright 2018 The Associated Press. All rights reserved.
<p>In this Nov. 4, 2017, photo, Wisconsin wide receiver Quintez Cephus (87) catches a pass for a touchdown during the second quarter of an NCAA college football game against Indiana in Bloomington, Ind. (M.P. King/Wisconsin State Journal via AP)</p>

MADISON, Wis. (AP) -- Wisconsin receiver Quintez Cephus has returned to practice and his coach says pending eligibility issues stem from a lack of credits because he was expelled amid sexual assault allegations this spring.

Cephus was charged a year ago with sexually assaulting two women in his apartment in April 2018. University officials expelled him before the spring semester ended, but a jury acquitted Cephus earlier this month.

Chancellor Rebecca Blank allowed him to return to school and rejoin the Badgers on Monday although the athletic department says he can't play in a game until the undisclosed eligibility issues are resolved.

Chryst told reporters Wednesday that Cephus practiced with the team and that Cephus' issues relate to a lack of credits. He declined to elaborate.