The Badgers got their first win away from the Kohl Center in dominating fashion. 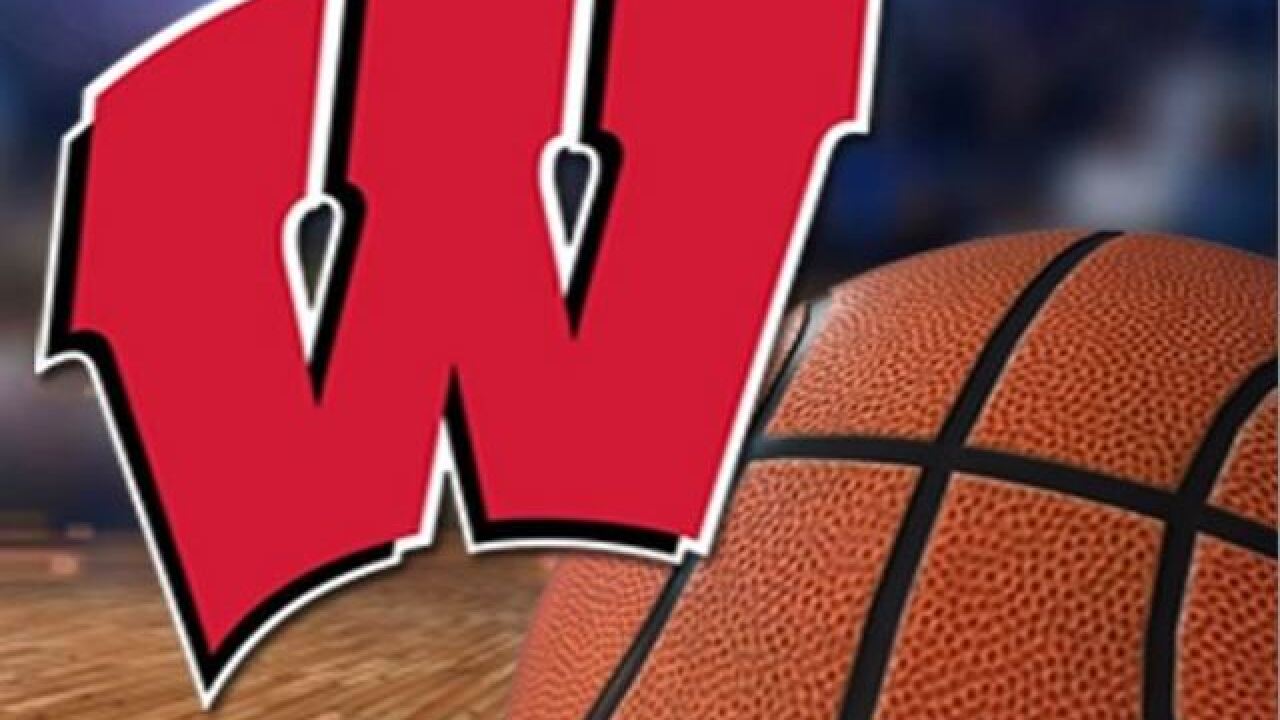 KNOXVILLE, Tenn. (AP) — D'Mitrik Trice scored 21 points and shot 4 of 8 from 3-point range as Wisconsin trounced Tennessee 68-48 on Saturday to win away from home for the first time this season.

Wisconsin (7-5) entered the day 0-5 away from Madison, a mark that included an 0-2 record in true road games and an 0-3 mark in the Legends Classic at Brooklyn, New York. The Badgers were scoring 80 points per game and shooting 40.1% from 3-point range at home but averaging just 56.8 points and shooting 22.9% on 3-point attempts away from Madison.

Yet the Badgers felt right at home in front of a sellout crowd at Thompson-Boling Arena against a Tennessee team that had won 32 of its last 33 home games.

Wisconsin led by as many as 28 points, shot 11 of 26 on 3-point attempts and never trailed all day. Brevin Pritzl scored 17 points and was also 4 of 8 from 3-point range to form a one-two punch with Trice.

Tennessee (8-4) was playing its first game since fifth-year senior Lamonte' Turner announced that he wouldn't play the rest of the season due to thoracic outlet syndrome that required shoulder surgery. Turner entered the day ranked second on the team in scoring (11.8) and tied for ninth among all Division I players in assists (7.1).

The Vols filled the vacant spot in the lineup by giving freshman guard Davonte Gaines his first career start, but they couldn't replace Turner's production as they fell for the third time in their last four games.

Wisconsin built a 38-24 halftime advantage by controlling the tempo and shooting 7 of 13 from 3-point range in the first 20 minutes.

The Badgers then broke the game open by scoring the first nine pints of the second half as Tennessee's offense crumbled. Tennessee had six turnovers, just four shots and no points in the first 6 minutes, 24 seconds of the second half before Josiah-Jordan James finally sank two free throws to cut Wisconsin's lead to 47-26.

Wisconsin: The Badgers got a badly needed win away from home. If they could start playing this well away from Madison consistently, their NCAA Tournament hopes could start getting a little more realistic. Wisconsin played well without getting much from Ohio State transfer Micah Potter in his second game with the Badgers. After scoring 12 points in just over 12 minutes in an 83-64 triumph over Milwaukee lasts week, Potter went scoreless and committed four fouls in just seven minutes.

Tennessee: The Vols discovered just how tough life without Turner might get. They could be getting some help soon from Santiago Vescovi, a point guard from Uruguay who arrived on Tennessee's campus this week and was on the bench Saturday as he awaits standard Southeastern Conference and NCAA clearance. Tennessee coach Rick Barnes originally said it was highly unlikely that Vescovi would play this season but amended his comments this week by saying that decision would be up to Vescovi.