The Badgers opened their season with a blowout win on Friday. 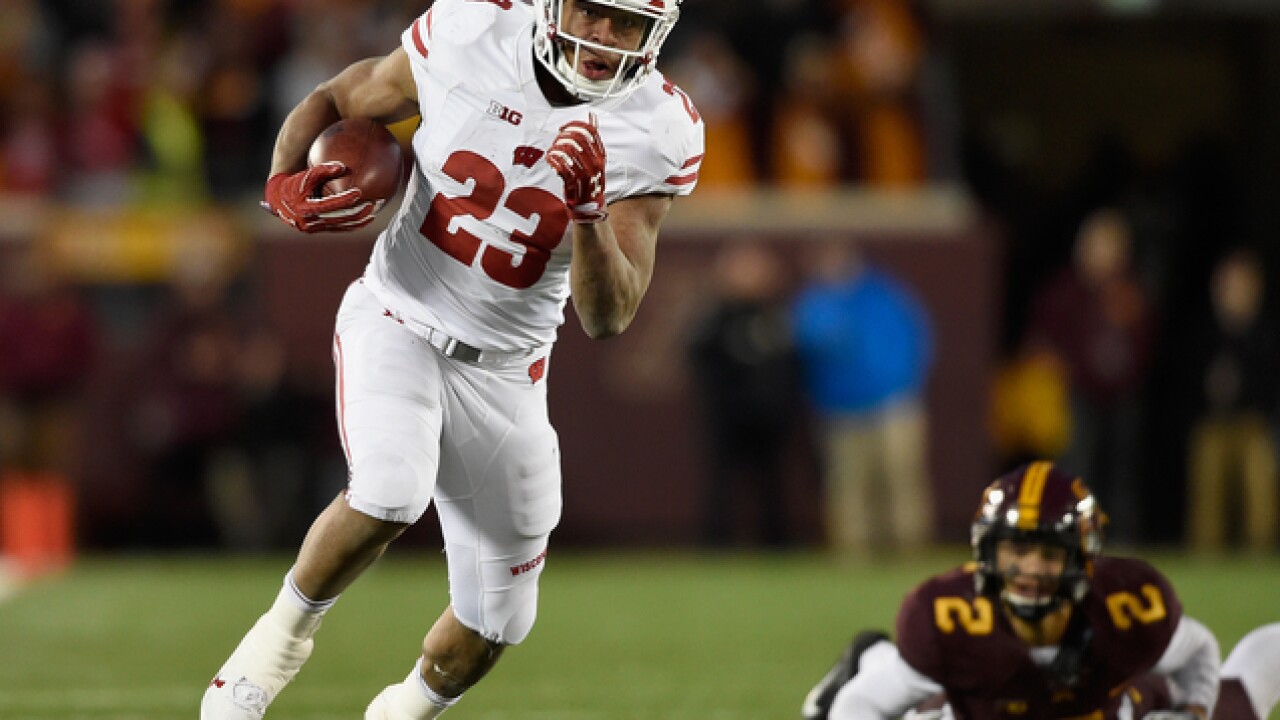 Copyright 2017 Scripps Media, Inc. All rights reserved. This material may not be published, broadcast, rewritten, or redistributed.
Hannah Foslien
<p>MINNEAPOLIS, MN - NOVEMBER 25: Jonathan Taylor #23 of the Wisconsin Badgers carries the ball for a touchdown after avoiding a tackle by Jacob Huff #2 of the Minnesota Golden Gophers during the fourth quarter of the game on November 25, 2017 at TCF Bank Stadium in Minneapolis, Minnesota. The Badgers defeated the Golden Gophers 31-0. (Photo by Hannah Foslien/Getty Images)</p>

TAMPA, Fla. (AP) -- Jonathan Taylor rushed for 135 yards and scored a career-best four touchdowns, helping No. 19 Wisconsin open the season with a 49-0 rout of South Florida on Friday night.

Taking up where he left off a year ago, when he lead the nation with 2,194 yards and 16 touchdowns, Taylor scored on runs of 37 and 38 yards. The junior running back also had the first two receiving TDs of his career, scooting 36 yards up the left sideline after taking a quick flip from Jack Coan and later extending the ball over the goal line on a 12-yard reception that gave the Badgers a 28-0 halftime lead.

The loss was the seventh straight for USF, which dropped the final six games of 2018 after starting 7-0 and climbing into the Top 25.

Taylor joined Melvin Gordon (2014) and Ron Dayne (1996, 1999) as the only Badgers to top 2,000 yards rushing in a season in 2018, and he looks like he's primed for another big year after gaining 100-plus for the 23rd time in 28 career games. Coan carried his share of the load, too, rebounding from overthrowing a couple of open receivers deep in the first half to finish 19 of 26 for 199 yards without an interception.

Realistically, minimal. The Badgers opened with a true road game for the first time since beating UNLV 41-21 in Las Vegas in 2010. And while coach Paul Chryst welcomed what he anticipated would be a good test from USF, the Bulls were overmatched from the start.