Supporters walk out after anti-Nazi banner removed from soccer game 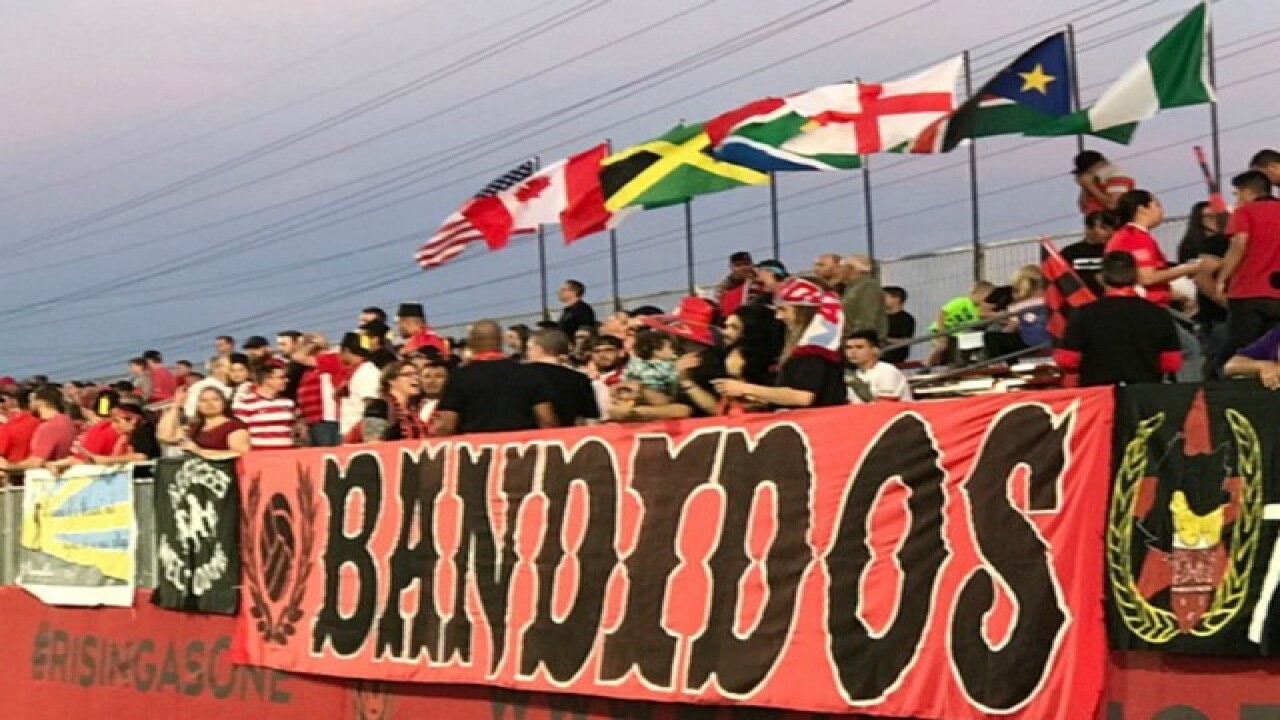 Copyright 2017 Scripps Media, Inc. All rights reserved. This material may not be published, broadcast, rewritten, or redistributed.
<p>(Photo via Shane Dale/ABC15)</p>

Members of Phoenix Rising FC's unofficial supporters' section walked out of Saturday night's game after the team removed a politically charged banner from the section.

Members of Los Bandidos brought a banner featuring a crossed-out swastika to the game between Phoenix Rising and Sacramento Republic FC. During the game, Phoenix Rising staff removed the banner from the stadium, and many supporters in the section responded by leaving the game.

On Sunday, Phoenix Rising issued a statement noting the banner was removed "in order to comply with USL Stadium regulations and Phoenix Rising Football Club safety policies," but said the club agrees with the sentiment of the banner.

"Although the purpose of the banner was to 'Stop Racism,' which is permitted as a message in our stadium, baiting artwork, such as a crossed-out Swastika, invites the most disgusting element in our society to deliver a thuggish rejoinder which has no place in our stadium," the team said.

"Phoenix Rising FC did not intend for our friends from Los Bandidos to leave our stadium, and apologize if communications during the match did not properly demonstrate our respect and appreciation for its members."

After Saturday night's game, Los Bandidos issued a statement on Facebook in both English and Spanish expressing its dissatisfaction with Phoenix Rising's decision.

"Today, we made a special banner specifically because of the events that have been happening recently. It said 'Stop Racism' with hate symbols crossed out. That was it. Apparently, the team was asked by a business partner if we could take that banner down. To which we said- if that one goes down, they all go down. At which point, we left," Los Bandidos' statement said.

"This is where we draw a line, implying that racism is fine is concerning. Everyone in the club and the USL needs to have a think about what it is that football stands for, they need to (think) about what kind (of) example we're setting for everyone. To the players- we give our all to you, our songs, our banners, our effort is to help you. Values are not for (sale)."

Los Bandidos has brought messages of anti-racism to each home Phoenix Rising match this season. A banner in support of Antifa has appeared at multiple matches.