Watch for these Badgers during the NFL Draft process 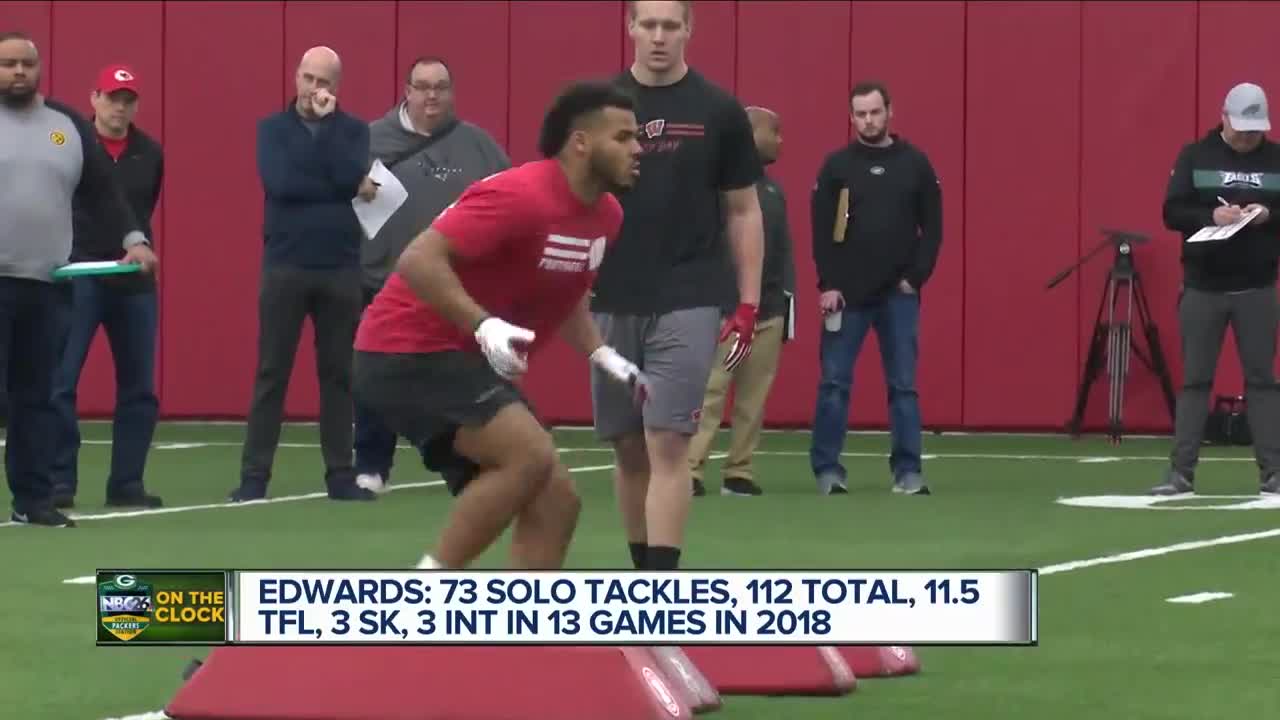 Offensive linemen lead the way for Bucky, but there are some linebackers and others with shots at the NFL.

Wisconsin Badger fans always have some familiar faces to watch for during the NFL Draft.

This year, offensive linemen lead the way for Bucky, but there are some linebackers and others with shots at the NFL.

Possibly the first Wisconsin product off the board could be offensive lineman Beau Benzschawel. He started 59 straight games to end his career in Madison, along with being a first-team All-American. And like most Badger linemen, his fundamentals are solid and his run blocking is strong.

Offensive tackle David Edwards, at 6-foot-7 and 305 pounds could be a late-round selection. Fellow lineman Michael Deiter has impressed throughout the pre-draft process. He projects as a guard although he played all along the line at UW. His versatility should rise his stock, but look for him in the fourth or fifth round.

Linebacker TJ Edwards had his best season as a senior, improving all four years as a starter, but he tested poorly in the Combine process and is knocked for his lack of speed, which could push him into later rounds. Fellow linebacker Andrew Van Ginkel has had some notable top-30 prospect visits after testing well at his pro day. Finally, linebacker Ryan Connelly tested well but isn't a top-flight name because teams reportedly consider him a bit of an unfinished product despite a productive career in Madison.