Matt LaFleur pleased with Jimmy Graham so far in OTA's

Rodgers: New offense "sets up really good for him" 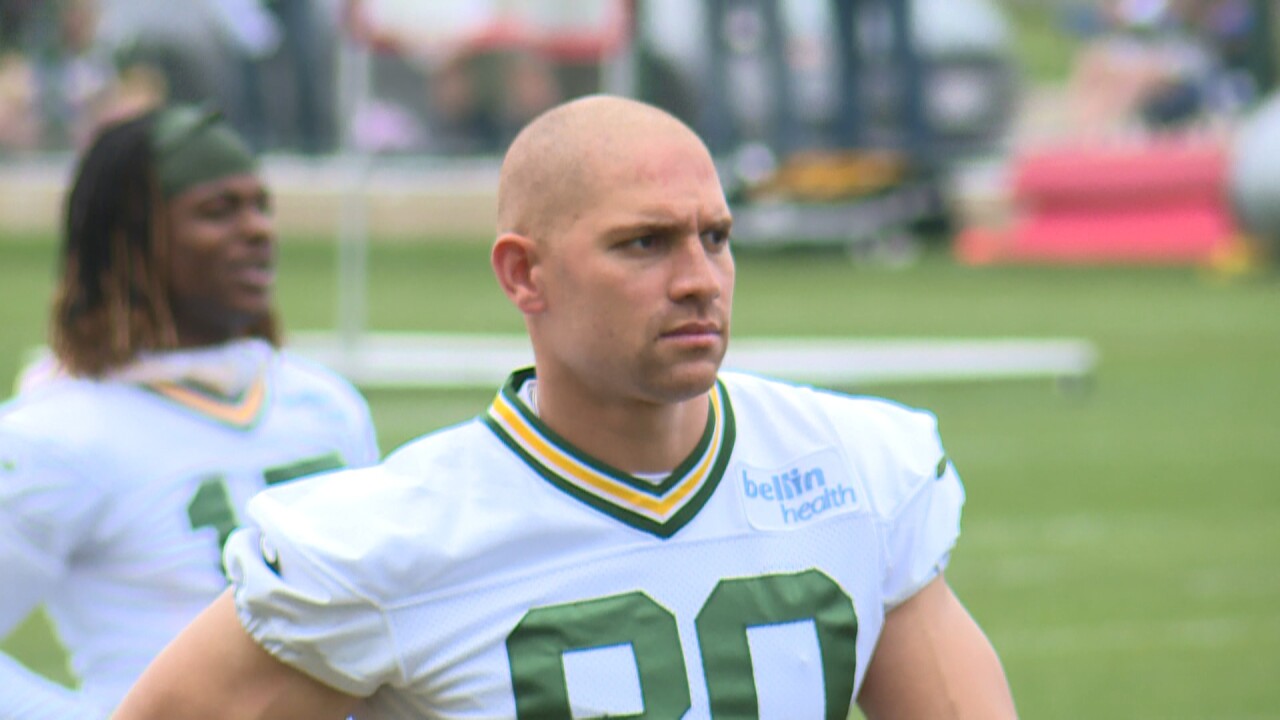 GREEN BAY, Wis. — This weekend at his charity cornhole event, Jimmy Graham said he was disappointed in the low production he had in his first season for the Packers.

Jimmy Graham said "I fit everywhere" in the #Packers' new offense. "Last year was disappointing for everybody. I'm not used to losing. I don't think anybody here is. And for me, it was not a good year," he said. "I'm gonna go prove a lot of people wrong." pic.twitter.com/Ba4FtBFo6B

But the Packers insist he hasn’t lost his ability as a speedy mismatch. And on Tuesday at the last open OTA, as if on cue after his comments, Graham had an excellent over-the-middle catch and run against Preston Smith in coverage.

"Coming off of last season, it's important to get him going and feeling comfortable in the offense," quarterback Aaron Rodgers said. "I think this offense sets up really good for him. It gives him opportunities to win with his routes and situations like that, to win with his athletic ability and his speed. He has a tremendous catch radius, which you saw on that play because the ball was pretty inside. He made a great catch on it."

Davante Adams said that a new emphasis under Matt LaFleur has been off-the-field, team-building activities away from the facility. Rodgers and Graham took that a step further -- or higher -- this weekend on Graham's restored UH-1 Huey helicopter, which he flew to his charity event on Sunday.

"The key is communication. We're good friends off the field. Actually if you heard any noises yesterday I was riding with him in his Huey," Rodgers said. "So we spend a lot of time together. We're always communicating over text and that goes with the plays as well, taking clips off the iPad and sending them over, talking through routes or stems or timing, all that. He's an extremely intelligent player so he gets it the first time he hears it. I think with less thinking comes more of a comfort on the field and we've both got to get to that point. And when we do, I think it can be really effective."

"I think Jimmy's a pro," LaFleur said. "He's a perfectionist too, and he gets down on himself when he doesn't do it the right way. And that's one thing I've challenged him to, 'Hey, listen, you're out here learning. Mistakes happen. When they happen, everybody's looking at you. You can't blink.' And I want him to keep a positive outlook, whether he's making a great play or he has to have a learning experience from not doing something quite right. But I'm really excited about him. He brings sort of that veteran presence, especially to that room."

"I think I've only known him about a month, so it's nothing too crazy, you know what I'm saying?" Sternberger said. "I ask a lot of questions, I listen to everything he says. He's played a long time, something I strive to do, so he has a lot of good information to give, so I try to steal any little tidbits I can get from him."

Meanwhile, the whole tight ends group is adjusting to this new offense, which will continue to be installed through minicamp next week.