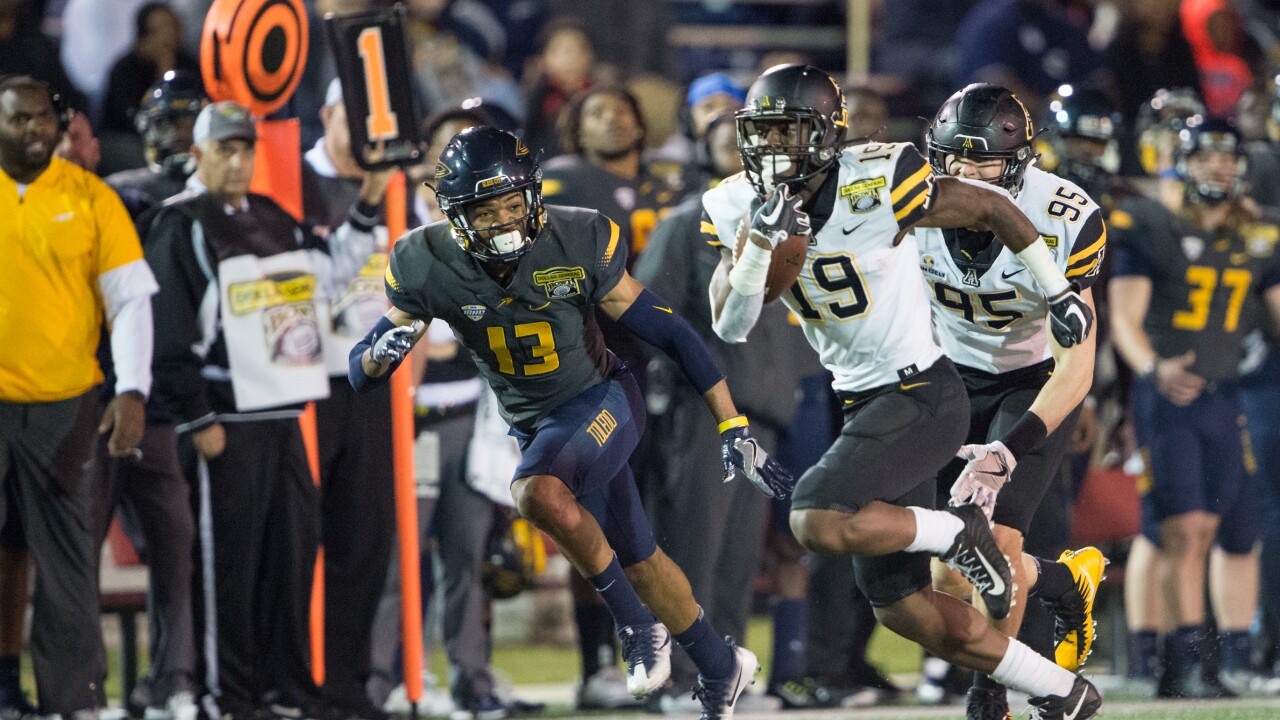 NASHVILLE, Tenn. — With the No. 185 overall pick in the 2019 NFL Draft, the Green Bay Packers selected cornerback Ka'dar Hollman out of Toledo. The cornerback said Green Bay was his last official visit. He recalls what it felt like stepping on Lambeau Field for the first time.

"Right when I got there, I felt the Green Bay tradition," said Hollman via phone. "I just felt like that's the place where I belong."

The 6-foot, 196 pounder appeared in 41 games with 37 starts, in which he recorded 27 pass breakups and two interceptions. He also led the MAC last year with 12 breakups, along with forcing and recovering a fumble.

"Getting picked by Green Bay in the sixth round, I had a rush of emotions go through me," said Hollman. "I just felt like all my hard work and everything I'd been through just hit me all at once and it was tons of emotions."

Hollman did not have an easy road getting to this point in his career. He said his journey makes him take nothing for granted.

"When I graduated high school, I had no offers," said Hollman.

While all his friends were at school, he worked at a bread factory, loaded trucks at Dunkin Donuts and cut meat at a deli. During this time, he wrote letters to coaches across the country asking for a chance to play for their school. What kept him going through this waiting period?

"Self-motivation," said Hollman. "That's always been my dream, my goal and my everything. One of my mom's dreams was for me to go to college."

Finally, those dreams came true when a Toledo coach answered him. Hollman got his bachelor's degree in communications and is now pursuing his master's degree.

"I got to do what I got to do to get where I want to be in life," said Hollman.

He said he appreciates this opportunity the Packers have given him to the max and more.