Ty Montgomery says he is preparing to play Sunday 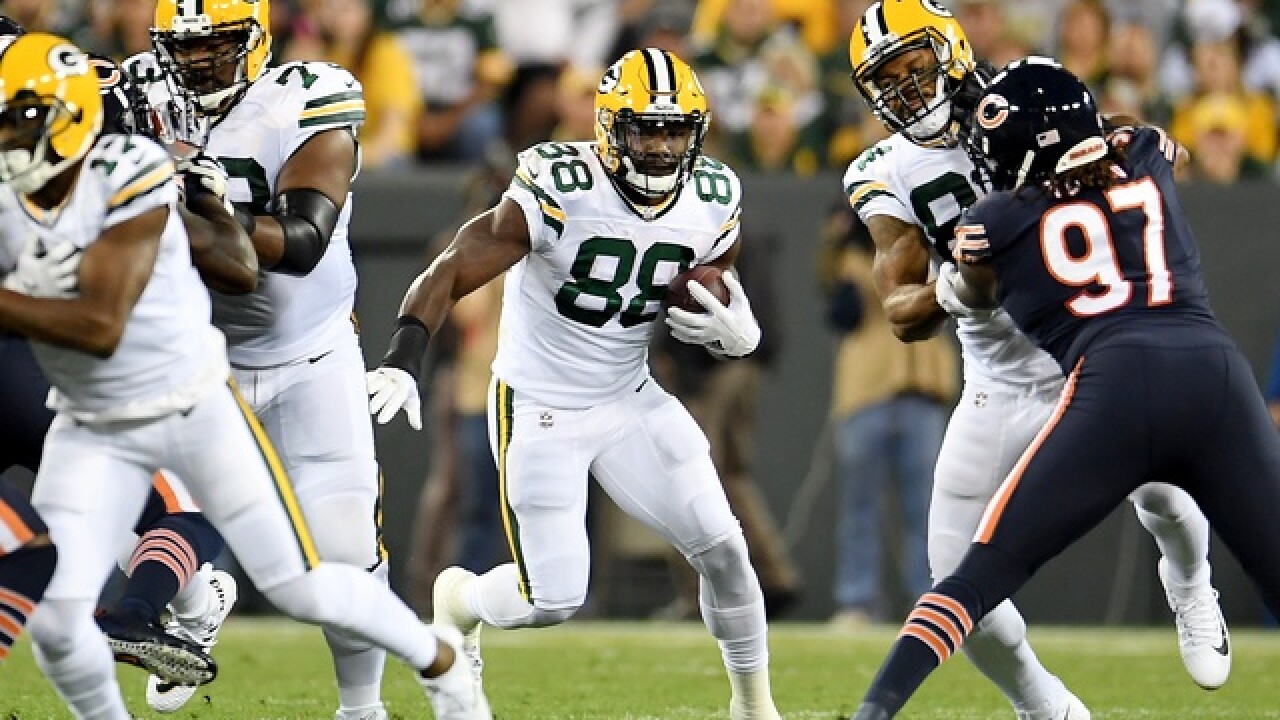 Ty Montgomery said Tuesday he is preparing this week as if he is playing in Sunday's game against the Cowboys.

Montgomery broke "multiple" ribs on his left side in his first carry against the Bears Thursday. A Bears defensive lineman landed on top of another Bears defender, whose leg wedged into Montgomery's rib cage. It took five more plays before Montgomery realized his chest was not OK.

“The defensive tackle landed full body weight on him, so it was like a hammer-and-nail type situation,” Montgomery said. “His knee was hammered into my rib cage.”

He said he and the Packers' medical staff will talk about ways to protect the left side of his body, but that the decision will be up to him to play in the end.

"I'm not willing to risk my overall long-term health, but at the end of the day, it's going to be up to me," he said.

Montgomery said he also broke ribs in the NFC Championship Game last season in Atlanta, although they were different ribs and he did not play after sustaining that injury.

Backup running back Jamaal Williams played in place of Montgomery until he sustained a knee injury, although Williams said Tuesday he would be ready to play on Sunday.

Fellow rookie back Aaron Jones then took over for the injured Montgomery and Williams, compiling 13 carries for 49 yards and a touchdown.