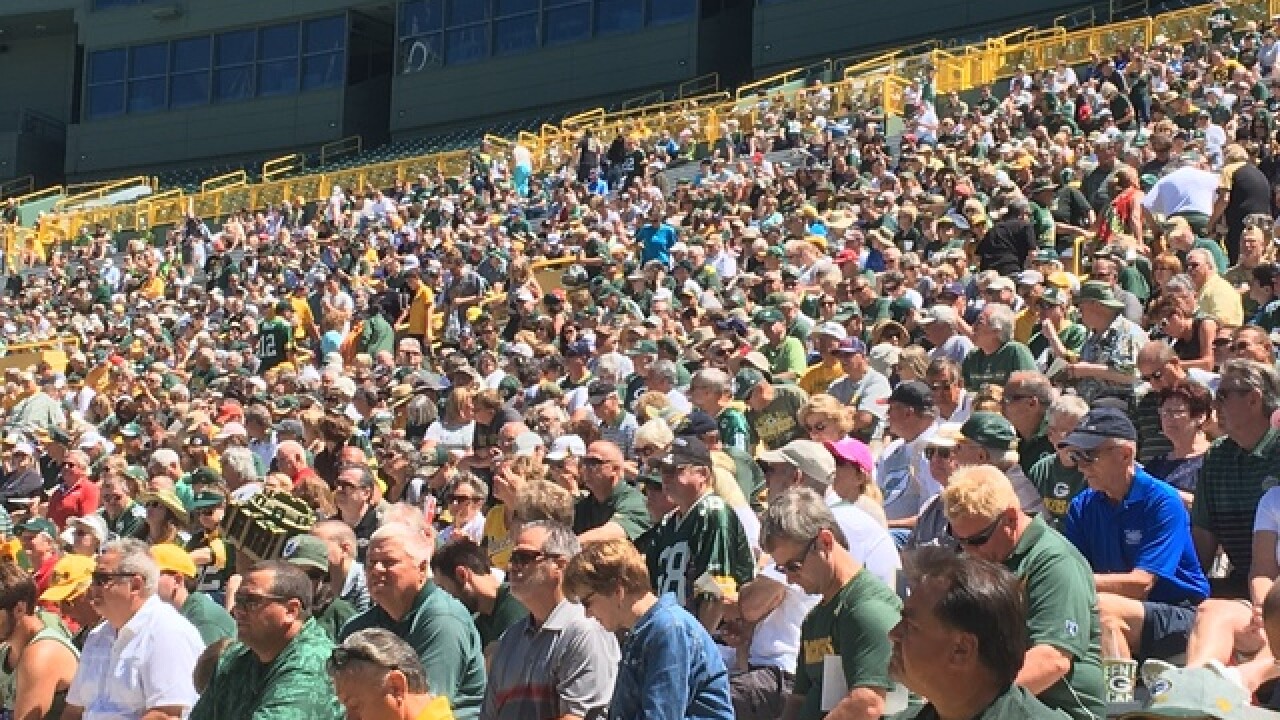 The Green Bay Packers are of course the only publicly owned team in the NFL, and each year shareholders gather at Lambeau Field for an update on the green and gold.

The Annual Meeting of Shareholders took place Monday at Lambeau Field with about 7,000 shareholders in attendance.

At the meeting, Packers President and CEO Mark Murphy and General Manager Ted Thompson highlighted the accomplishments from last year, including the completion of phase one of the Titletown District.

It's those kinds of projects that will keep the Packers in Green Bay, Murphy said.

"I think investing in the community, the way we are with Titleteown, really helps ensure that this team will stay here," Murphy explained. "That over the long run, Green Bay will have a strong enough economic base that they will be able to support an NFL team."

Murphy also made the case once again for the Packers to host the NFL Draft, saying the TItletown District could help convince the league that Green Bay is capable of hosting an event of that size.

#Packers will again wear the all-white #ColorRush uniforms vs. the Bears at Lambeau Field! ??

Next up for the Packers - training camp begins on Thursday.

Family Night is August 5, and don't forget you can watch that live on NBC26.

Also, all four preseason games will air on NBC26, starting with the Packers vs. Philadelphia Eagles at Lambeau Field on Thursday, August 10.

You can find the full Packers training camp and preseason schedule here.