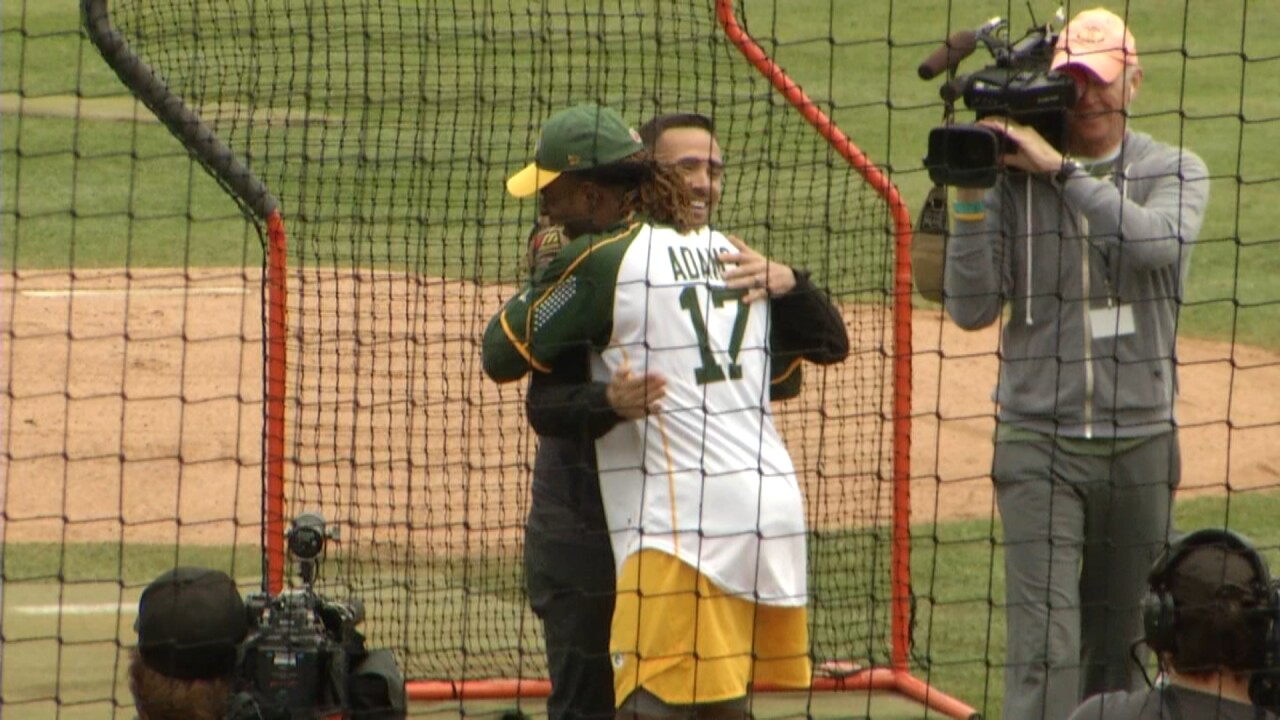 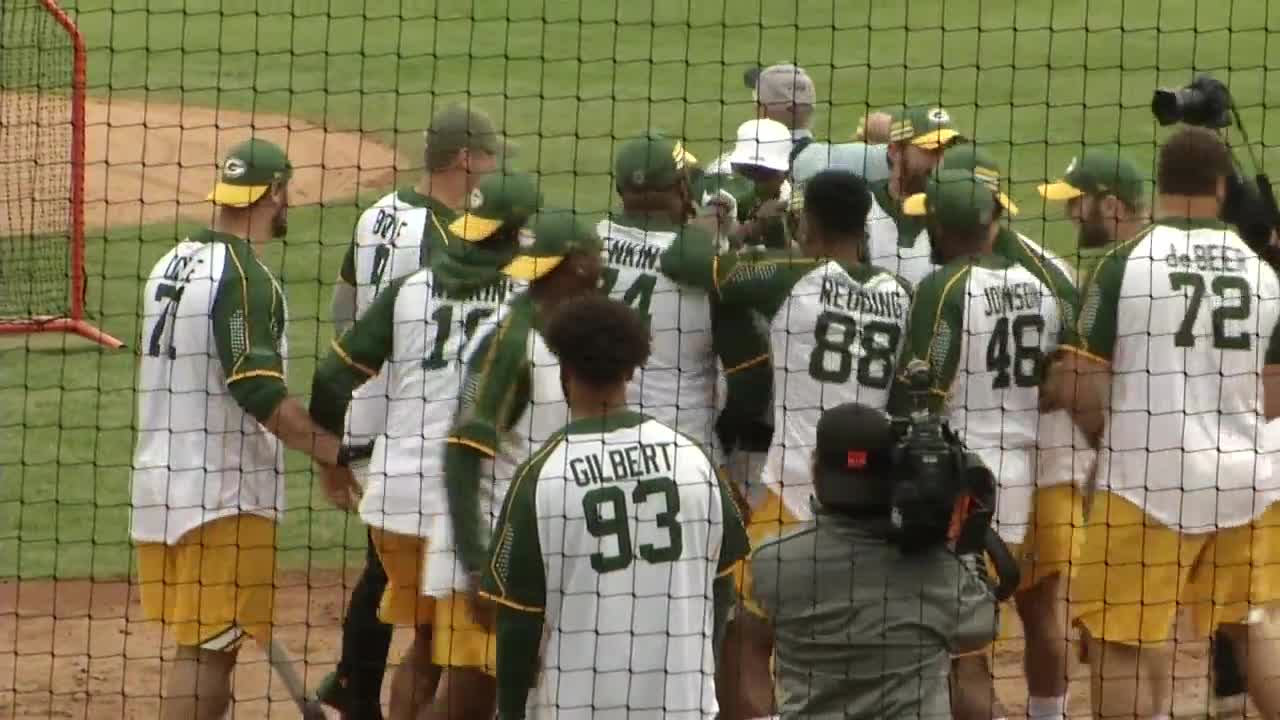 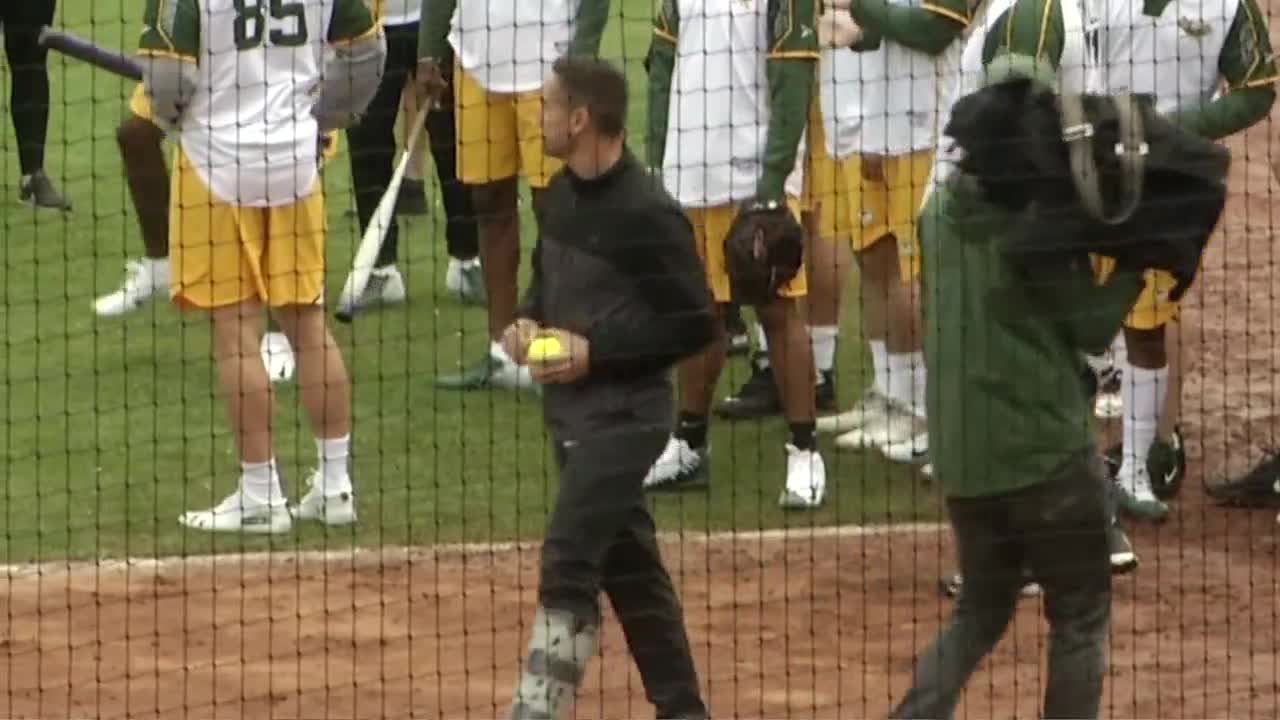 #Packers HC Matt LaFleur was in good enough shape to walk around Fox Cities Stadium pregame and throw out the first pitch before today's Green & Gold Charity Softball Game. He was wearing a protective boot and limping after tearing his Achilles. pic.twitter.com/BWTDXXq5Z3

"It's something that, really, Coach LaFleur has been pushing this offseason," Adams said. "We've been doing a lot more than we have in the past as far as getting together and doing different activities. Whether it's bowling (or this event), it's been a regular thing, guys meeting up. We've got a lot of new guys, new coaches, a lot of stuff going on so we've got to get on the same page and one of the best ways to do that is doing stuff away from the field, so we can be in the classroom, in the field all day, get to know each other's style of play, but this thing goes deeper than just in between the lines."