St. Norbert College prepares for Packers players to go 'back to school' 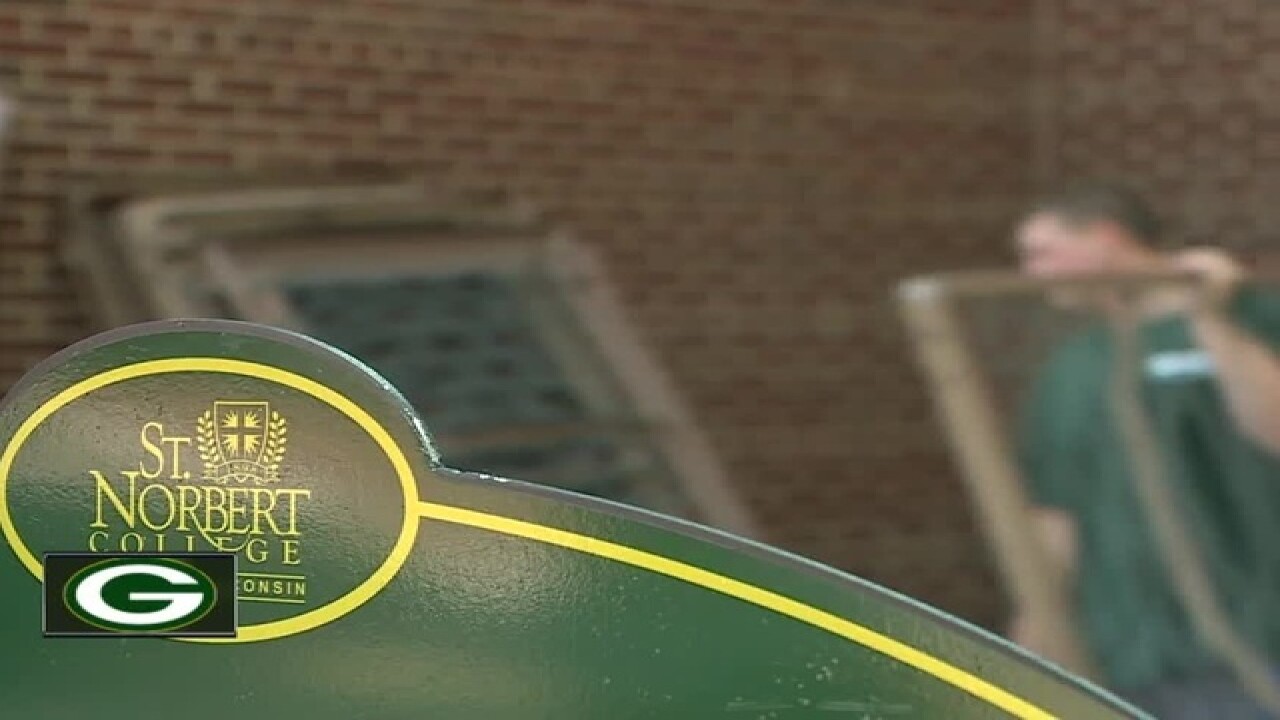 With just over a week until the start of Green Bay Packers training camp, St. Norbert College has started preparations for Packers players to go "back to school."

Each year, the team stays at the college during the duration of training camp.

Monday was moving day at St. Norbert as students' mattresses were taken out of Victor McCormick Hall to make room for the Packers.

"We are just extremely proud of our relationship with the Green Bay Packers," said Kelly Nass, Director of Packers Camp. "We've been doing this for 60 years, so we think we know what we're doing."

The entire team will move onto campus in De Pere on Tuesday, July 25, and they'll stay on campus for about three weeks.

Every dorm room typically houses four students, but each one will host two football players. Even though they're professional athletes, there are still rules when staying on campus.

"Their curfew is at 11, and then their day starts over again the next morning at 5 a.m.," said Nass. "And they do bed checks!"

More than 100 mattresses were moved into Victor McCormick Hall Monday, and they are specifically designed for athletes, provided by The Recovery Bed.

"The Packers have provided the new beds for the players, and it actually is made of a material that repels moisture from the body so that it keeps the moisture away from their body so they can keep cool and recover while they're sleeping," Nass explained.

VIDEO: Get an inside look at the new Lodge Kohler hotel in the Titletown District!