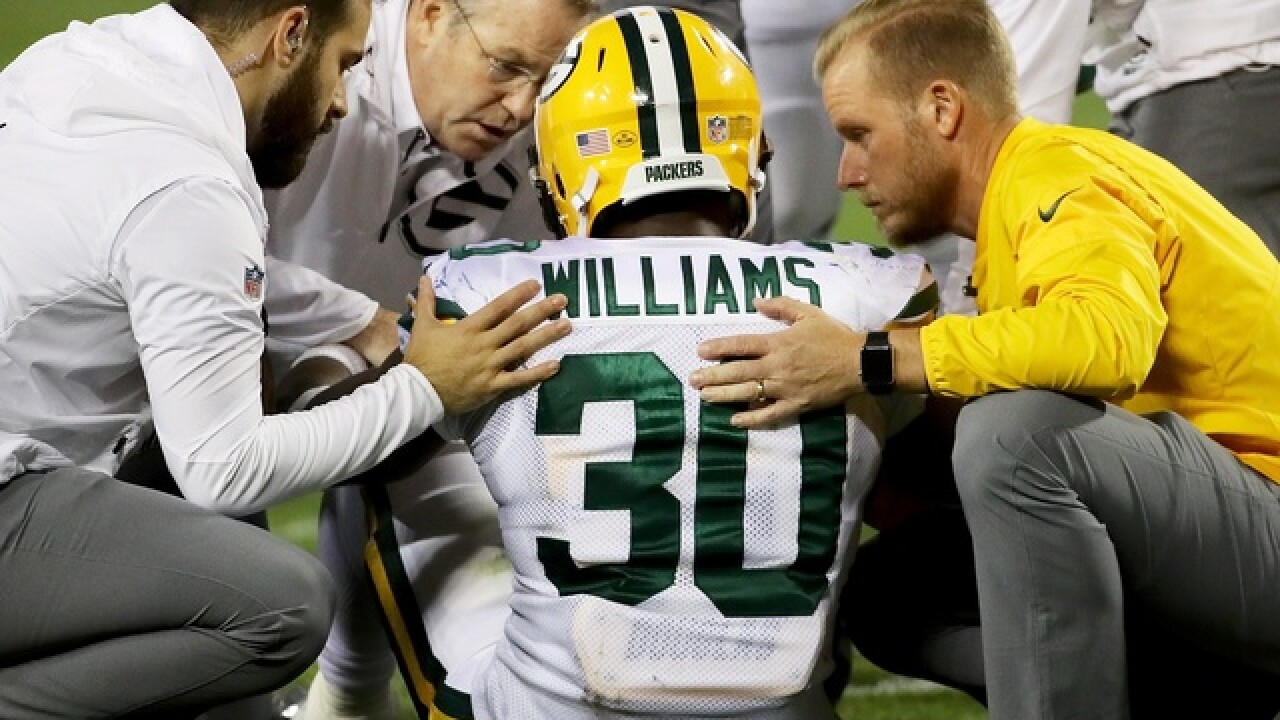 Copyright 2017 Scripps Media, Inc. All rights reserved. This material may not be published, broadcast, rewritten, or redistributed.
<p>Photo by Jonathan Daniel/Getty Images</p>

Injuries have been a major problem for the Green Bay Packers early in this season, which is why this 10-day stretch between the Bears game and the Cowboys game couldn't have come at a better time.

The Packers have managed to weather the injury storm so far, carrying an impressive 3-1 record despite all the significant missing pieces.

Now, they're hoping to be a bit healthier come Sunday. The following players all participated in practice Wednesday:

Bulaga, Bakhtiari, Daniels, Adams, Montgomery and Williams all on the practice field today... and while reporters are around. #goodnews

"I think the mini bye week has helped everybody," said head coach Mike McCarthy. "I know the conversations that I've had, everybody feels good and you really haven't felt like you practiced in a couple weeks actually because you know Thursday, we were in a walk through mode there on Tuesday and very limited on Wednesday before the Chicago game so really our focus is getting back to practice."

The Packers head to Arlington Sunday to take on the Dallas Cowboys. Kickoff is 3:25 p.m.