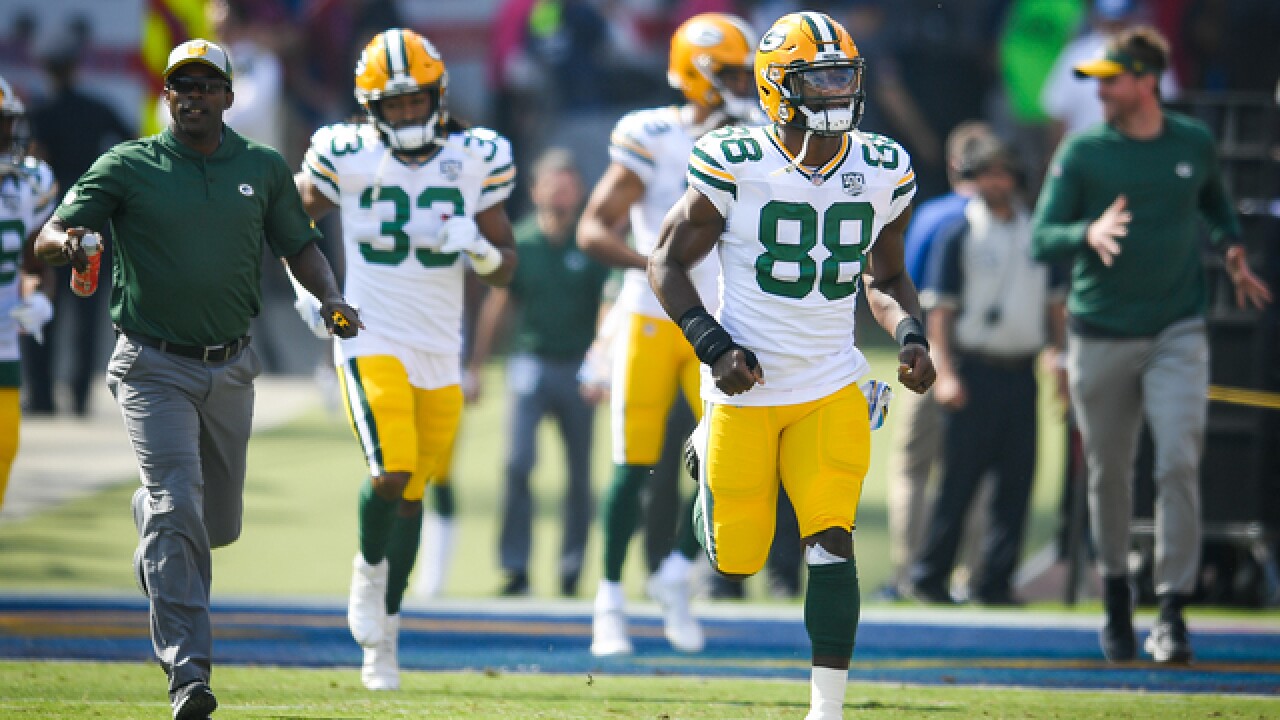 Copyright 2018 Scripps Media, Inc. All rights reserved. This material may not be published, broadcast, rewritten, or redistributed.
John McCoy
<p>LOS ANGELES, CA - OCTOBER 28: Running back Ty Montgomery #88 of the Green Bay Packers leads the team as they take the field at Los Angeles Memorial Coliseum on October 28, 2018 in Los Angeles, California. (Photo by John McCoy/Getty Images)</p>

The Green Bay Packers running back who reportedly had "a tantrum" on the sidelines during Sunday's game against the Los Angeles Rams, then reportedly disregarded orders and ran back a kickoff which he fumbled has been traded.

According to ESPN's Adam Schefter, Ty Montgomery was traded for a seventh-round pick in 2020 to Baltimore.

Ravens are trading a 7th-round pick in 2020 draft to Packers for Ty Montgomery, per source. Packers clearly wanted to move on, and so did Montgomery.

NFL.com's Ian Rapoport said on NFL Network earlier Tuesday that Montgomery's "name that is now being discussed in trade circles, available for trade."

"He is a name that I know has drawn up interest," Rapoport said. "Absent the fumble, he is a player they really like."

Numerous Packers players and coaches expressed concern over what was described as "a tantrum" after being taken out of the Packers-Rams game in the 4th quarter, then his apparent decision to disregard orders on a kickoff with slightly more than two minutes left in the game.

He then fumbled that kickoff, ending any realistic hopes for a Packers win.