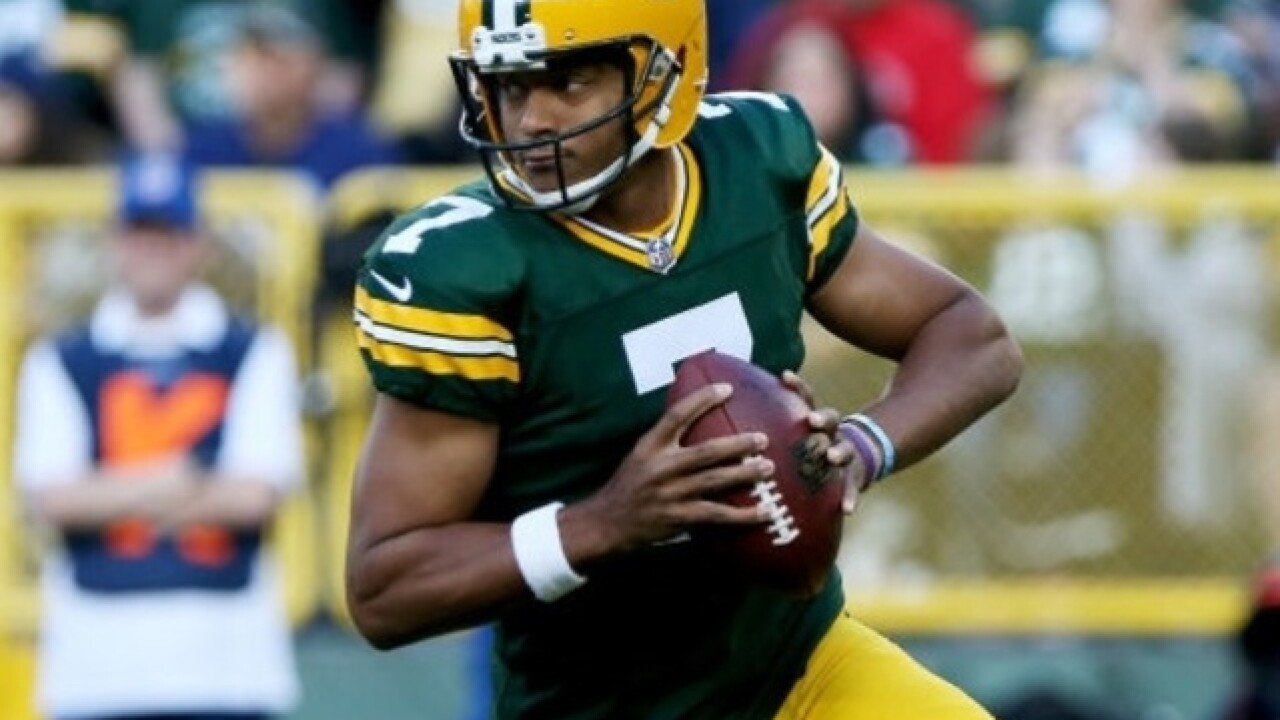 Quarterback Brett Hundley proved he can also dish out a hit for the Green Bay Packers.

The backup to Aaron Rodgers looked like a tailback when he lowered his right shoulder into cornerback Dominique Hatfield near the goal line and barreled into the end zone for a 13-yard touchdown run. Hundley also threw for a score to lead the Packers to a 24-10 win on Thursday night over the Los Angeles Rams in the preseason finale.

The Packers (3-1) look set at quarterback with Hundley backing up two-time NFL MVP Rodgers. The defense had its moments, too, albeit against a Rams offense that started third-stringer Dan Orlovsky at quarterback.

Both teams played mostly backups for most of the night. But the Packers' defense will surely get a shot of confidence after forcing two first-half turnovers.

Green Bay also got what could be its starting cornerback group on the field for the first time in a preseason game. Davon House returned from a hamstring injury, joining Damarious Randall and Quinten Rollins on the first series.

The defense for the Rams (2-2) remains a work in progress, especially up front with All-Pro Aaron Donald holding out and Dominique Easley out for the year with a knee injury.

End Ethan Westbrooks did provide a bright spot with a sack in the first quarter after the Rams blitzed what has been a suspect second-string offensive line. With Easley sidelined, Westbrooks figures to start in coordinator Wade Phillips' new 3-4 scheme.

But Hundley frustrated the Rams anyway two plays later after sidestepping out of the pocket to his right on third-and-goal from the 12, then scrambling for his touchdown run and a 7-0 lead.

The Rams struggled on offense with starting quarterback Jared Goff and top backup Sean Mannion sitting out, along with lead running back Todd Gurley. Orlovsky finished 16 of 30 for 149 yards and an 18-yard touchdown to Johnny Mundt in the fourth quarter.

Justin Davis played most of the game for the Rams, rushing for 55 yards on 17 carries. With Lance Dunbar out with a knee injury, Davis appears to be in line for the third-string running back job behind Gurley and Malcolm Brown.

Taysom Hill, in a competition for the Packers' third-string quarterback spot with Joe Callahan, led an impressive nine-play, 58-yard scoring drive capped by a 25-yard pass to Aaron Peck early in the fourth quarter for a 24-3 lead. Hill finished 4 of 4 for 31 yards and flashed his mobility with 19 yards on two carries.

Callahan followed Hill in the fourth quarter, going 2 of 2 for nine yards.

Packers receiver Geronimo Allison and Rams safety Isaiah Johnson both left with 56 seconds left in the second quarter after a hard collision on Allison's 10-yard reception to the Rams 1. Allison got up but went to the locker room anyway to be evaluated for a concussion. Johnson stayed down on the field for about a minute in the end zone, then walked back to the locker room with an undisclosed injury.