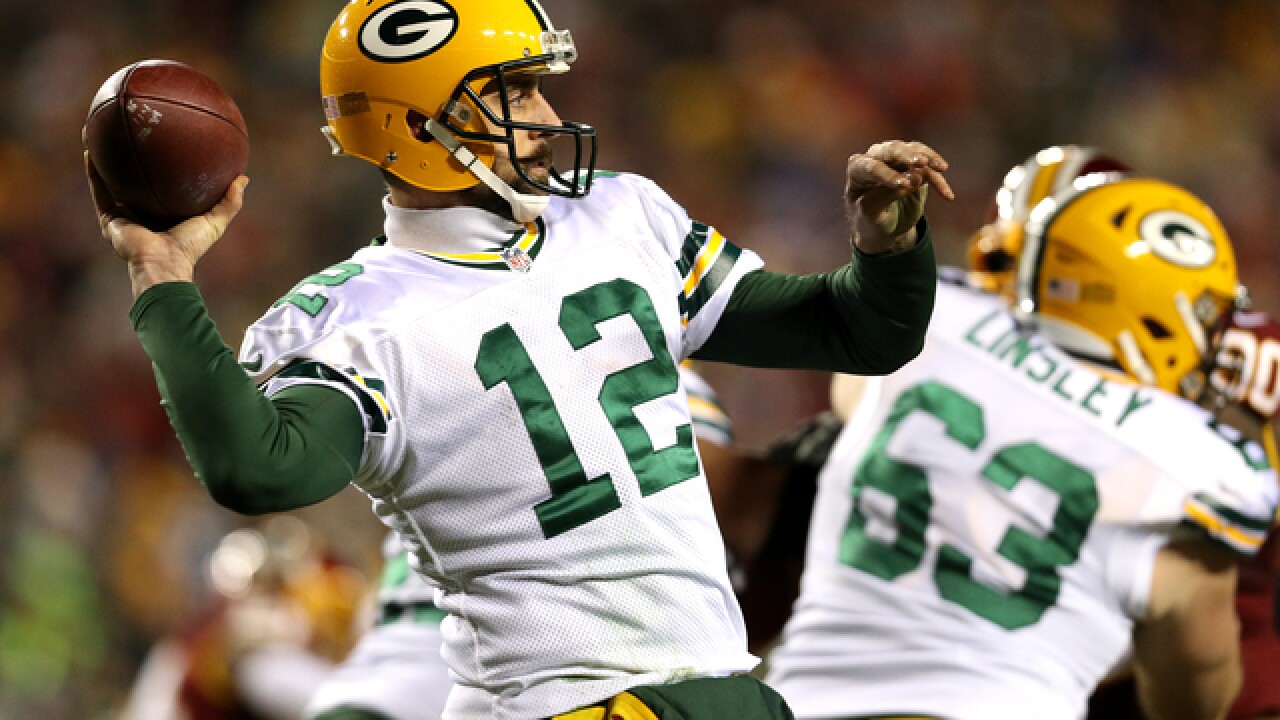 Patrick Smith
<p>LANDOVER, MD - NOVEMBER 20: Quarterback Aaron Rodgers #12 of the Green Bay Packers passes the ball against the Washington Redskins in the third quarter at FedExField on November 20, 2016 in Landover, Maryland. (Photo by Patrick Smith/Getty Images)</p>

The Packers take on the Atlanta Falcons Sunday night on NBC. We've got you covered with everything you need to know about this game.

Who will cover Julio Jones? The last time the Packers played in Atlanta, the prolific Falcons receiver hauled in nine catches for 180 total receiving yards and two touchdowns. However, Jones had foot surgery in the offseason and didn’t make much of an impact in last week’s opener at Chicago with five targets, four passes and 66 yards. But even with a new offensive coordinator in Steve Sarkisian, Atlanta’s multi-faceted offense has plenty ways to punish the Packers. Which leads us to our next question…

Can Davon House break out as the complete, polished corner the Packers want him to be? His progress is important, but the all-important Jones likely see coverage from all of the above: House, Damarious Randall, Quinten Rollins and even rookie Kevin King. Welcome to the NFL! Also something to think about: The Packers’ top corner the last time these squads met was LaDarius Gunter, who the Packers released Tuesday. That being said, Green Bay’s secondary is much healthier now than it was when Atlanta QB Matt Ryan torched it for 392 yards in last season’s NFC Championship Game.

How has Green Bay’s offense evolved since the NFC Championship Game, and will it be a difference-maker Sunday? In the season opener, six different Packers caught multiple receptions and five of them recorded 20-plus-yard receptions. On top of that, Geronimo Allison returns this week from a Week 1 suspension. It’s no secret that Aaron Rodgers has plenty targets to choose from, including Ty Montgomery, who was a tough runner wearing down an elite defense in a gritty win against Seattle. His ability to catch in the backfield creates mismatches and an element to the offense that has developed in a huge way since the last time these two teams met.

Who will protect No. 12? RT Bryan Bulaga was at home, in bed all week with a flu-like illness -- in addition to an ankle injury he’s been nursing throughout the preseason. His return would be ideal for the Packers, especially given LT David Bakhtiari limited in practice this week with a hamstring injury. Kyle Murphy fared OK facing the elite Seattle defensive line, and Jason Spriggs is out with a hamstring injury behind him. The depth on offensive line became so dire this week the Packers moved to sign undrafted rookie Adam Pankey from their practice squad. Needless to say, the Packers would love to have their veteran right tackle back in Atlanta, against a team that led the NFL with 15 sacks in 2016 and notched four sacks against the Bears last week. “The ankle is getting better,” Bulaga said Friday. “As time passes, I feel like it’s getting stronger, it’s getting better. So maybe kneeling on the ground, throwing up might’ve helped it. We’ll say that.”

How does the defense follow up its performance against Seattle? Mike Daniels and Nick Perry led the way on defense with 1.5 sacks apiece and constant disruption of Russell Wilson. The defense as a whole held the Seahawks to just nine points, the fewest allowed by the Pack in Week 1 since a 28-6 win against Detroit in 2001. Those are tall orders to replicate in Week 2, against a much more dynamic offensive attack. Atlanta will look to establish its run game early and often, so the Packers hope Daniels is able to play after limited participation throughout practice this week. TE Austin Hooper will give the Packers problems up the middle, too, forcing safeties to make a critical decision between covering him or the always-dangerous Jones. The Falcons offense has the ability to spread the Packers much thinner than Seattle did -- as the NFC Championship Game clearly showed -- but the Packers’ infamous “nitro” package gives Green Bay the speed advantage it will very much need in Atlanta.

What they’re saying in Atlanta

What they’re saying in Titletown

NBC will broadcast the game nationally, and locally on NBC26 at 7:30 CDT from Mercedes-Benz Stadium. Play-by-play man Al Michaels joins analyst Cris Collinsworth in the booth with Michele Tafoya reporting from the sidelines. NBC26 Sports Director Charlie Sokaitis will report from Mercedes-Benz Stadium, along with Chris Barriere and Kelly Price back in the Green Bay studio for a one-hour pregame show from 5-6 p.m., and postgame from 10:35-11:05 p.m.