Cut is made Saturday after final preseason game 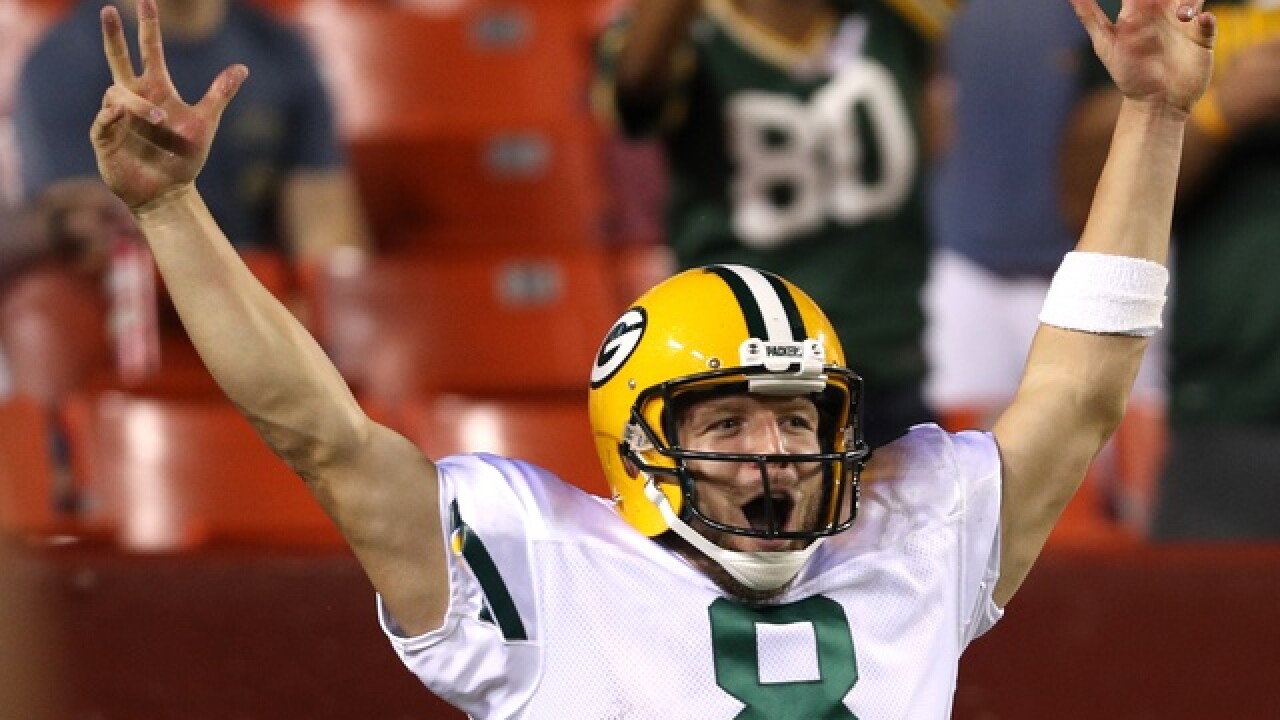 This is the last week for Packers on the edge of making Green Bay's 53-man roster to make their case. NFL teams must cut their rosters down to 53 players by 3 p.m. on Saturday.

We take a position-by-position look at who is on the bubble going into the last week of the preseason.

Passing up on a passer

Joe Callahan made the team this time last year with an impressive preseason, but he has been eclipsed this year by 27-year-old rookie Taysom Hill. Backup quarterback Brett Hundley will be a restricted free agent next year, so the Packers must think about priming a replacement in case Hundley departs. Hill seems the perfect candidate for the job, an athletic play-caller who through five series in the first two preseason games went 10-of-16 for 118 yards and a touchdown, good for a 105.7 quarterback rating. He also showed his mobility and 4.46-second 40 speed by rushing 52 yards on eight carries, including the 23-yard game-winning touchdown at Washington. All indicators point to Hill making it, especially considering the preseason he's had and the fact that the Packers might not want to set him free on waivers. If it were up to just Coach McCarthy, though, he likes this QB room enough to hoard the whole pack. "I'd like to have four quarterbacks here in the building at all times," McCarthy said Monday.

Ty Montgomery is the unquestioned starter in Green Bay, something he cemented with a bit of a breakout game in Denver. BYU standout Jamaal Williams will also make the cut, showing his versatility by catching and strong pass protection. But beyond that, Aaron Jones and Devante Mays seem to be on the same plane after a small preseason sample size. Given the need for depth in the backfield, though, the Packers could consider keeping all three of the drafted rookies (Williams, Jones and Mays). Aaron Ripkowski will also be on the bubble but remains a strong candidate for a roster spot due to the investment the Packers made by drafting him in the sixth round back in 2015.

After the shaky offensive line outing in Denver, depth along the line is under a microscope. McCarthy said Monday he "feels great" about the position, but with injuries to Don Barclay and Bryan Bulaga already, the Packers have to consider the offensive line extensively when making cuts this week. Barclay's slim chances of playing against Seattle force the Packers to perhaps name a fringe lineman to the 53-man in order to bolster the interior. Their choices are Lucas Patrick, Justin McCray or Geoff Gray. The battle is likely between McCray and Patrick for backup center, but ironically emphasizing the injury issue, the Packers announced Monday Patrick was in the concussion protocol. On paper, the Pack has tackle depth with RT Kyle Murphy and LT Jason Spriggs, but Spriggs had poor performances at Washington and Denver.

Edge rushers on the edge

This is another position group that has gotten a lot of attention recently, especially given Nick Perry's ankle injury that caused him to leave Saturday's game in Denver. Kyler Fackrell has been valuable on special teams, but Jayrone Elliott's back issues prevent him from seeing valuable reps in practices or games like at Denver. Vince Biegel, the rookie out of Wisconsin, remains an enigma as he recovers from May foot surgery to repair a Jones fracture, and he will have a significant learning curve once he returns to the field. But with Biegel on the PUP list, the Packers could keep a sixth OLB on the bubble, like Reggie Gilbert or Johnathan Calvin -- assuming Green Bay doesn't sign free agent Ahmad Brooks.

Teams may begin signing players to practice squads at 11 a.m. Sunday, but they must clear waivers, meaning the player must choose Green Bay over any other offers extended their way to join the practice squad.