Packers without Bulaga, Bakhtiari against Falcons 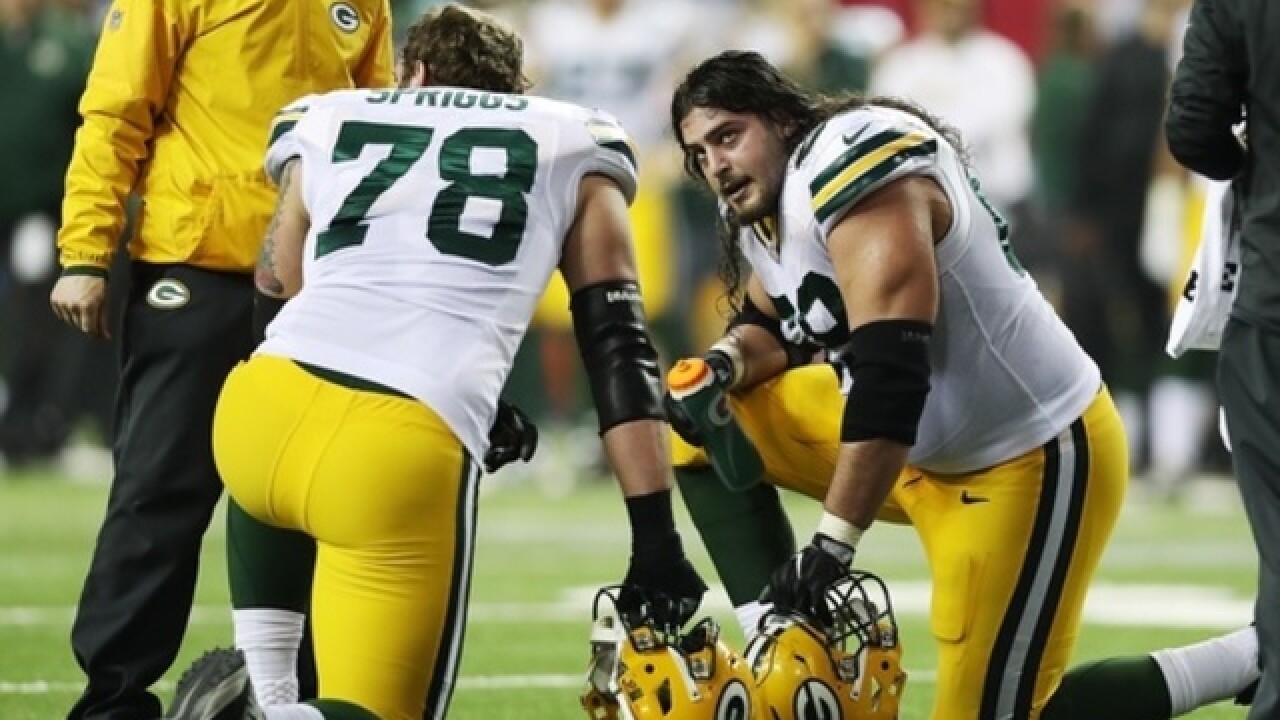 The Green Bay Packers will be without tackles David Bakhtiari and Bryan Bulaga during Sunday night's game against the Falcons in Atlanta, the team said.

Bakhtiari was limited at practice this week due to a hamstring injury. Bulaga did not practice because of an ankle injury and an illness.

With no Bulaga and no Bahktiari be ready for a kitchen sink game. The @packers are gonna have to find ways to manufacture points

The following players are inactive for the Packers Sunday:

Ahmad Brooks suffered a concussion in last week's season opener vs the Falcons.

Spriggs did not practice all week due to a hamstring injury, and Adams had limited participation because of his foot injury.