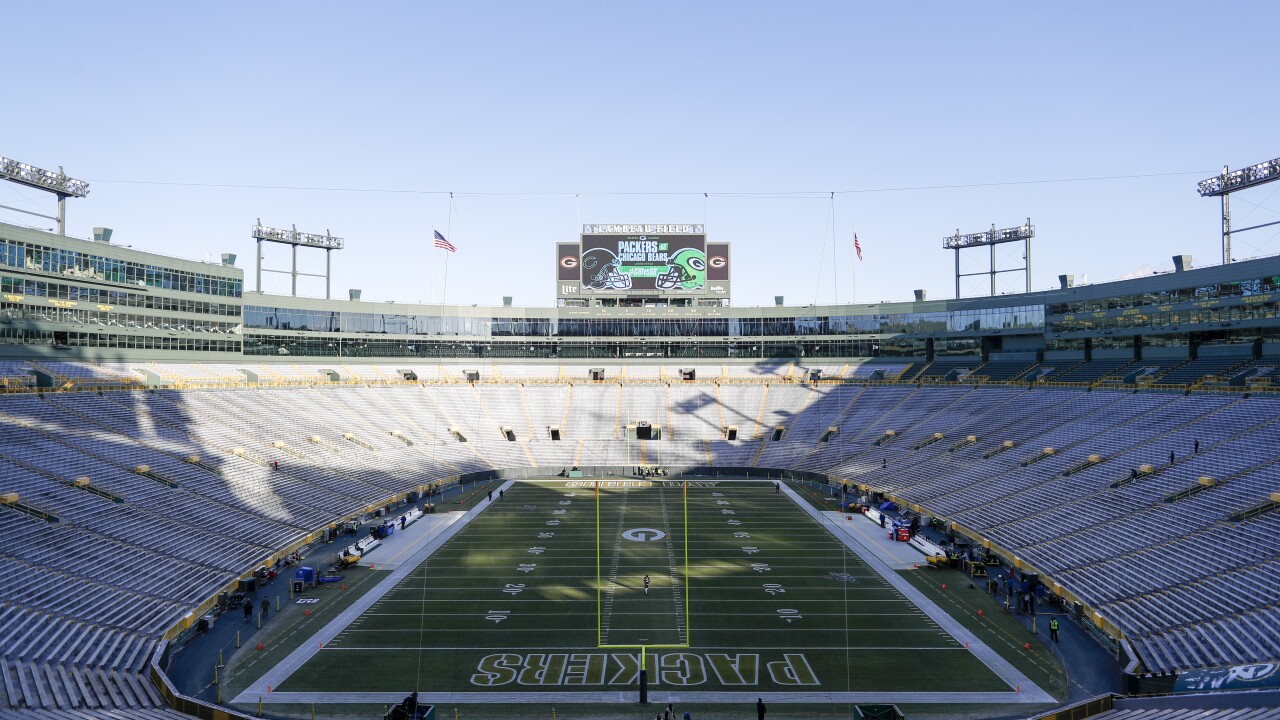 Season Ticket Holders who opted in this summer for the chance to purchase tickets had the opportunity to purchase approximately 6,000 tickets online through Ticketmaster.

The Packers said tickets cannot be resold or transferred.

People attending the game are asked to follow the stadium's COVID-19 safety protocols, which include wearing a mask and staying in their pod of seats unless using the restroom or buying food.

Those who purchased tickets are required to self-screen for COVID-19 symptoms prior to the game. Anyone feeling sick is asked to stay home.

Tailgating won’t be allowed for playoff games. No carry-in items, including seat backs, clear bags or purses, will be permitted. A small clutch purse for personal belongings is allowed, but it must not exceed 4.5’’ x 6.5’’ in size.

More information can be found here.