Packers shift focus to Week 2 against the Atlanta Falcons

Defense preparing to make another statement 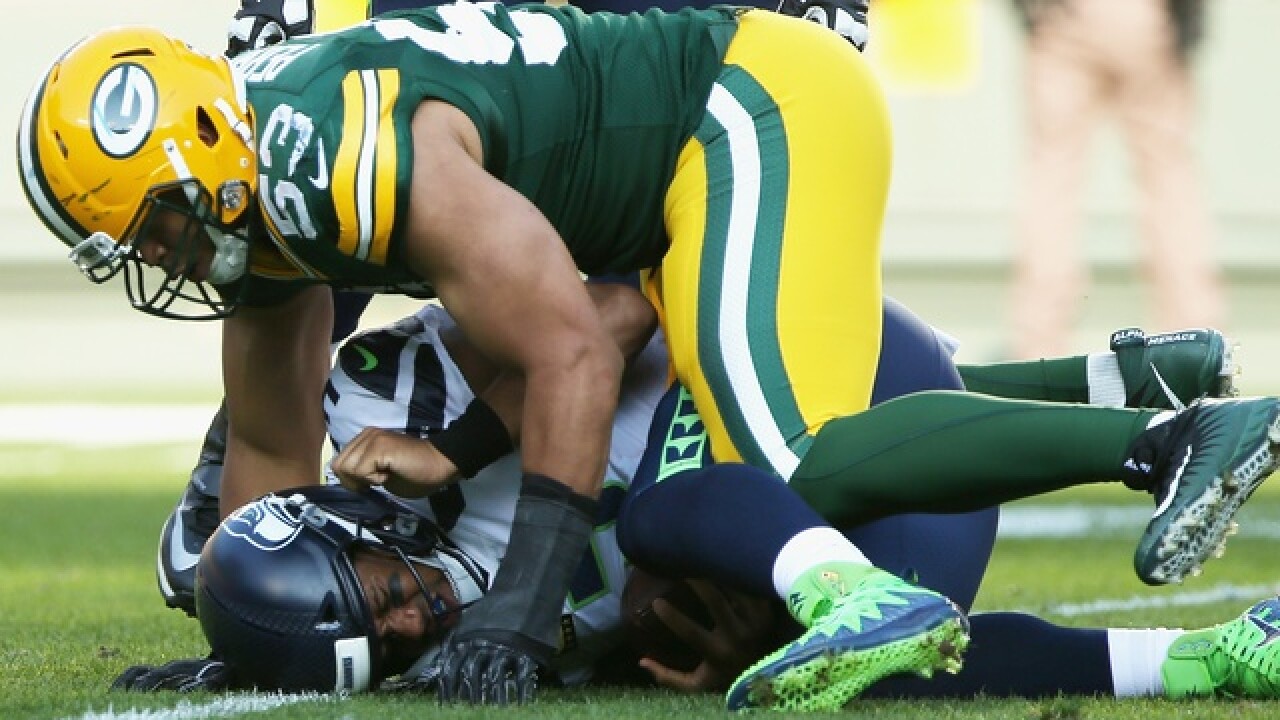 Those are a couple ways the Packers' 17-9 win against Seattle in its regular-season opener has been described.

"Hey, that's life in the NFL," said nose tackle Kenny Clark. "We'll be ready for them, I'm sure. We're excited to play the Falcons. We'll get started on them pretty soon, and we're just excited, man. Another good football team we're gonna play this year and we're excited."

The Packers shifted their focus to Atlanta prep this week for a game that will be a rematch of last season's stinging 44-21 loss in the NFC Championship game.

And that loss wasn't the kind of game these Packers - especially on the defensive side of the ball - will soon put behind them.

"I think throughout anybody's career, you kind of think about those tough losses," said linebacker Blake Martinez. "I think no matter what, it's going to motivate you throughout the rest of your career, whether it's the next season, the season after. You kind of look at those games and say, 'Hey, I was one game away from having the chance to play in the Super Bowl and having a chance of winning it.'

"I think all of us look back at that game and kind of have a sick feeling in our stomach and kind of want to get rid of that this week."

After the stellar performance the Green Bay defense had Sunday against the Seahawks, a different challenge now looms.

Atlanta QB Matt Ryan and the Falcons offense torched the Packers for 493 yards and 44 points in last year's NFC Championship Game. This offense is much more dynamic than Seattle's, and defending the run means stopping Devonta Freeman, not Eddie Lacy and other Seahawks backups. Julio Jones created all kinds of problems for Green Bay's injury-ridden secondary last year, too, so having that unit at full strength Sunday will provide a true test.

But if you ask safety Ha Ha Clinton-Dix, the difference this year on defense is simple.

And that identity, so far, lies in its physicality. But the Packers look forward to making another statement.

"You've got to have a certain mentality about it," said Martinez. "I think a lot of people were thinking, 'Oh gosh we have those games,' but for us, at least our defense, our whole entire team, we think about it as, 'Hey, this is going to be a great challenge for us.' It's going to rocket launch us throughout the rest of the season."

Expect another tough game Sunday night, as the Falcons play in Mercedes-Benz Stadium for the first time in the regular season.

The game will be broadcast on NBC26 and NBC nationally at 7:25 p.m. with Al Michaels and Cris Collinsworth on the call from Atlanta.