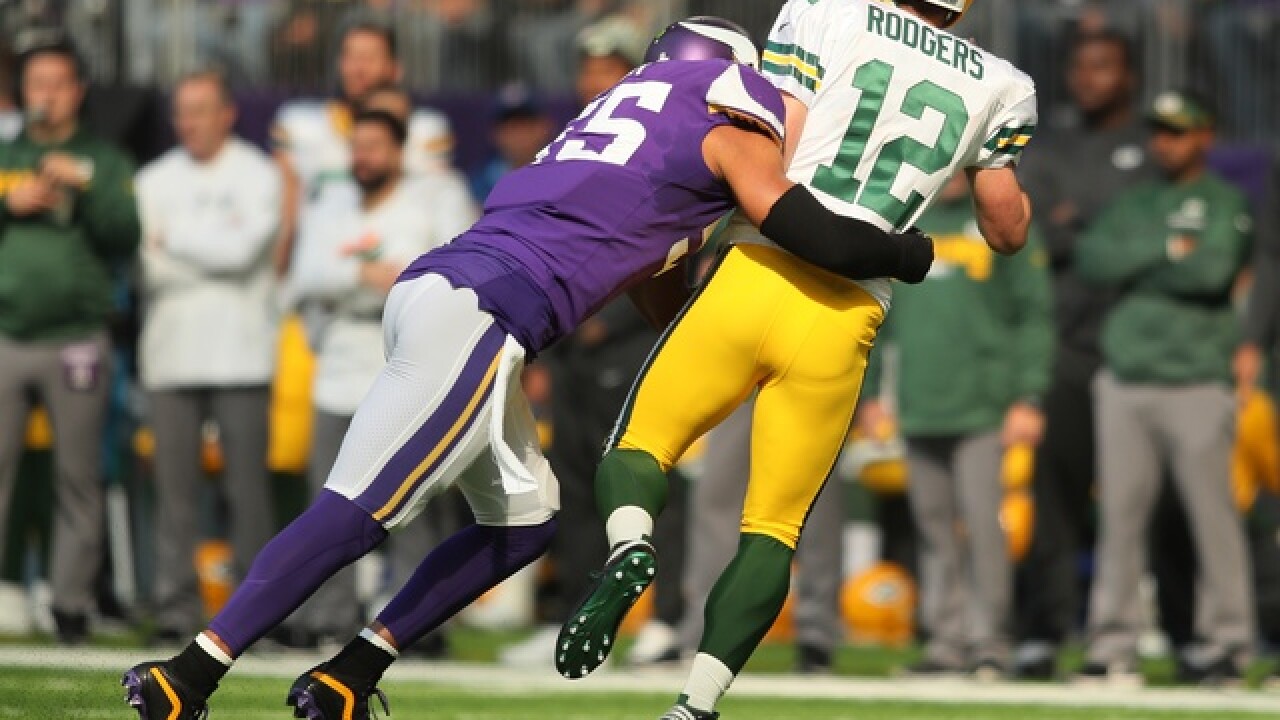 The Packers announced Friday afternoon that the organization has placed quarterback Aaron Rodgers on injured reserve.

Rodgers, who had surgery on his broken right collar bone Thursday night, is eligible to return after eight weeks on the IR, which would be at Carolina on Dec. 17 during Week 15.

After his surgery, Rodgers took to Instagram to thank supporters wishing him well.

"Surgery went well," Rodgers said in the post. "Thanks for all the love, support, thoughts and prayers. #comebackstartsnow #riseagain"

Brett Hundley will start in Rodgers' place this Sunday against the New Orleans Saints. Hundley struggled under center against the Vikings, throwing three interceptions.

Rodgers had thrown for 1,367 yards and 13 touchdowns across five games before the injury.