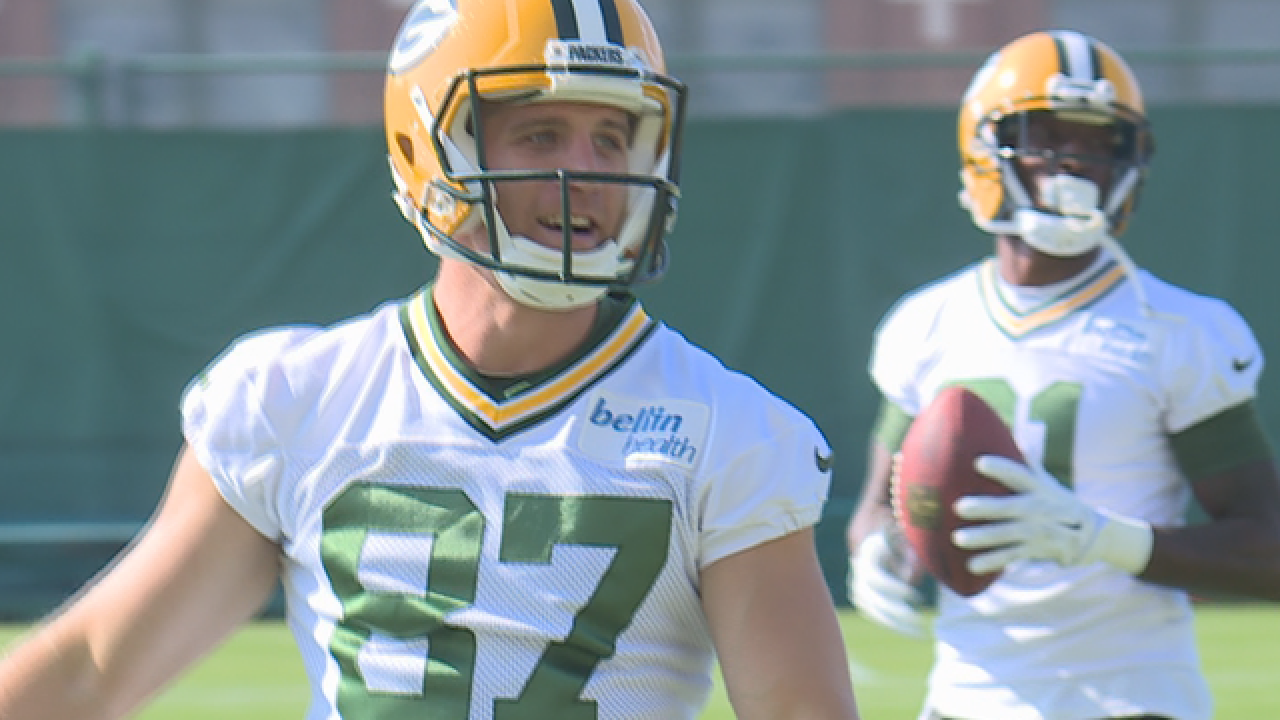 Wide receiver Jordy Nelson returned to practice on Wednesday after injuring his quad in Sunday's loss to the Falcons. Nelson is one of 13 players listed on this weeks injury report.

"That's a little disappointing because we came out of training camp so healthy and how quickly it caught up with us," Nelson said.

Nelson believes there is a chance he will be ready to play this Sunday when the Packers host the Bengals.

"My expectations are to play," Nelson said. "Obviously you don't know what can happen between now and then."

The 0-2 Bengals have struggled on offense, failing to score a touchdown in their first two games. Defensively, Cincinnati ranks first in the league against the pass.

"They do a good job of mixing things up," Packers quarterback Aaron Rodgers said. "It's a well coached defense. They play well together, they disguise their coverages really well."

The Bengals defense is led up front by 6'1" 300 lbs. defensive tackle Geno Atkins.

Atkins leads the Bengals with three sacks in the first two games. He was limited in practice on Wednesday due to a shoulder injury.

"This is going to be a physical, knock down football game," Packers head coach Mike McCarthy said. "That's what we are preparing for."