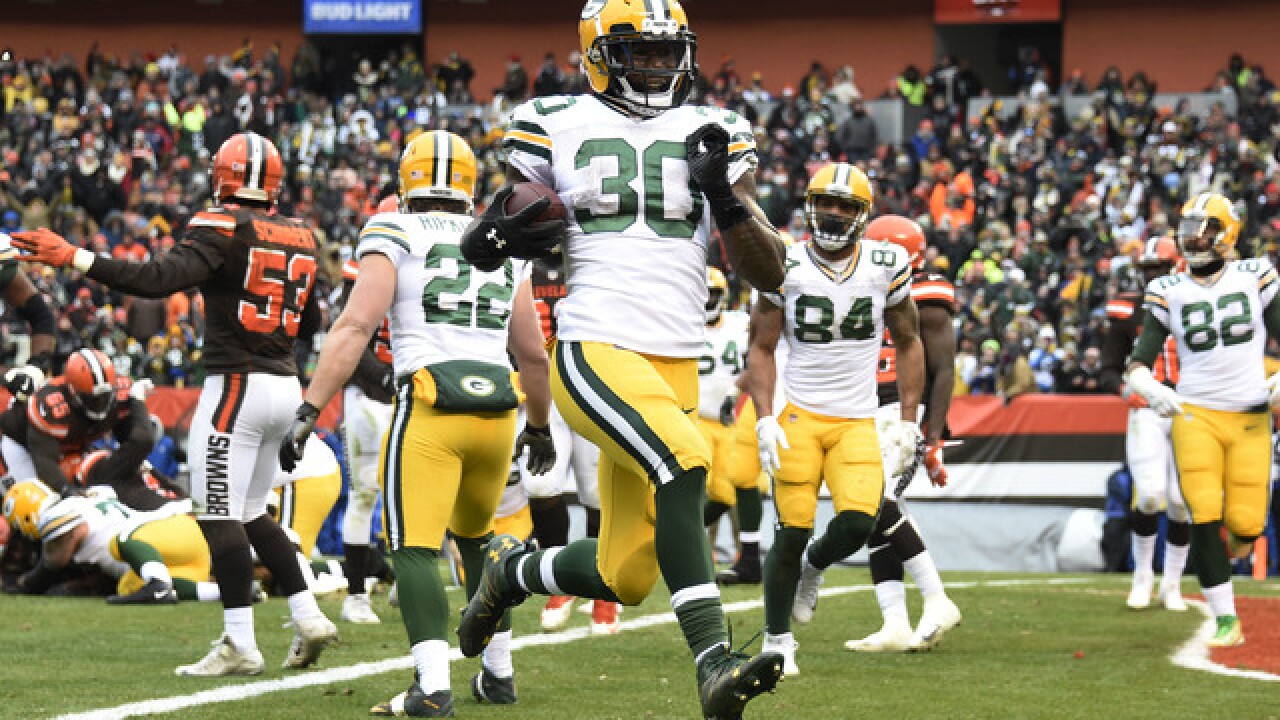 Copyright 2017 Scripps Media, Inc. All rights reserved. This material may not be published, broadcast, rewritten, or redistributed.
Jason Miller
<p>CLEVELAND, OH - DECEMBER 10: Jamaal Williams #30 of the Green Bay Packers runs the ball in for a touchdown in the fourth quarter against the Cleveland Browns at FirstEnergy Stadium on December 10, 2017 in Cleveland, Ohio. (Photo by Jason Miller/Getty Images)</p>

With playoff hopes dashed, the Packers host their last home game of the season, as the NFC North champ Vikings come to town for a Saturday night edition of “Sunday Night Football” at 7:30 p.m. on NBC26.

How to watch
NBC26 will broadcast the game, with play-by-play man Al Michaels joined by analyst Cris Collinsworth in the booth and Michele Tafoya reporting from the sidelines.

"They can be fake tough guys all they want but cold is cold." #LockerTalkers pic.twitter.com/RHWYfTHOYl

The #Vikings and #Eagles are going to the playoffs after securing their divisions. But with MIN playing for home field advantage throughout the playoffs, here are some scenarios #Packers fans might be interested in as spoilers: pic.twitter.com/88yfX0vWk4

What they’re saying in Minneapolis