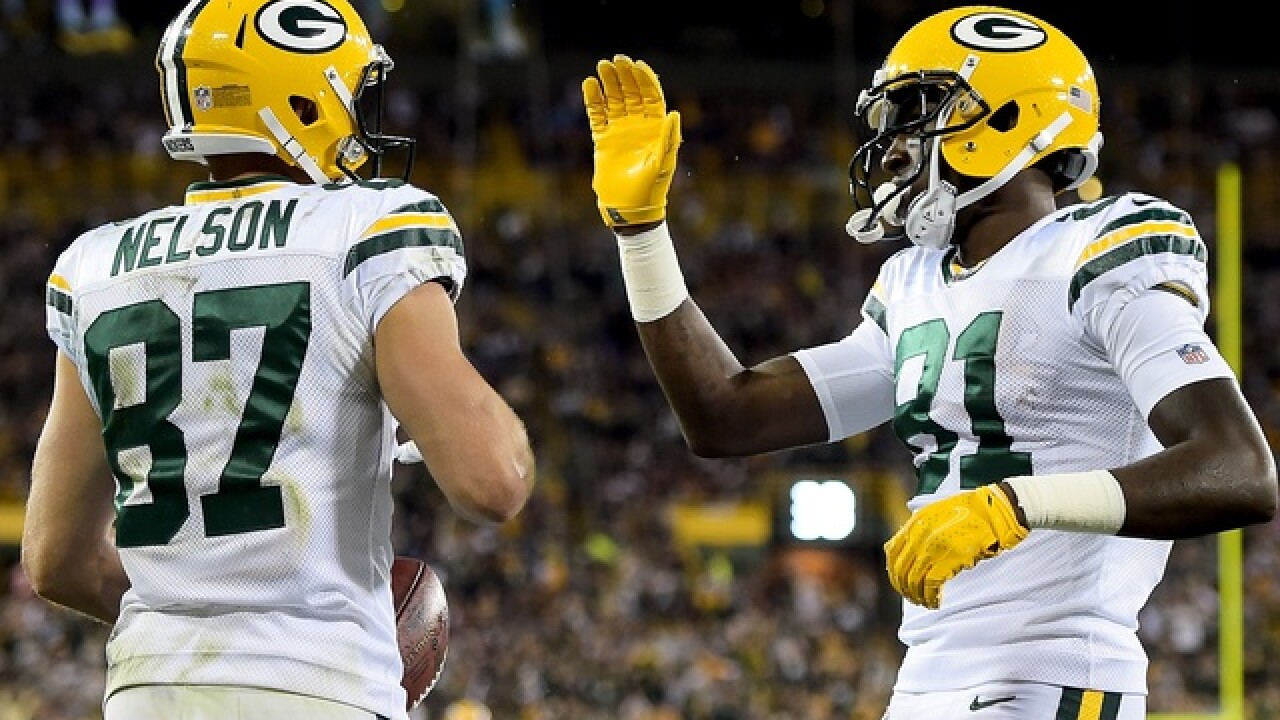 The Packers travel to Arlington for another contest against the Dallas Cowboys, the latest shootout between two the NFL’s biggest powerhouse franchises. We’ve got everything you’ve got to know before kickoff at 3:25 p.m. CT.

Running away with it: After a sluggish 2-2 start, Dak Prescott and Ezekiel Elliott look to conjure up their rookie-season magic from last season this week against Green Bay. In last week’s loss to L.A., Dallas reached the end zone on three consecutive drives in the first half, but the second half saw that offense dissolve into thin air. The Cowboys need their offense to rebound because their young defense won’t be able to completely quiet Aaron Rodgers & Co. The Packers had a hard time defending the Cowboys’ bread-and-butter run game last season; Elliott compiled 282 yards in those two meetings against the Packers - more yards than he’s had in total this year so far. This season, Green Bay’s D is allowing an average of 111 yards on the ground. That being said, the return of Mike Daniels will help bolster the Packers’ run defense. Watch to see how often Defensive Coordinator Dom Capers uses the “Nitro” package to slow the run game.

Working on a piece about the #Packers third down defense so far this season. Here's a quick look at some data. Spoiler: pretty good so far! pic.twitter.com/YaFzoITVcU

Attack the Dak: The Cowboys’ offensive line has been stalwart the last few years, but the unit has looked less-than-dominant so far this season. After last season, RT Doug Free retired, LG Ron Leary is now in Denver, and their two replacements, La’el Collins and Chaz Green, haven’t quite found their groove yet. On top of that, Cowboys LT Tyron Smith appeared on the team’s injury report this week with a recurring back injury, and he didn’t practice Thursday or Friday. Prescott may not make the best reads under increased pressure - a product of a weakened O-line and improved Green Bay D-line - and the Packers should capitalize on those mistakes.

Second big secondary test: The Falcons were the first to really test the Packers’ remodelled secondary, and it was painfully evident how that worked out in another big loss in Atlanta. The Cowboys’ offensive attack is much more balanced, so it’ll be interesting to see how the secondary fares. The Packers hope Davon House will return from injury in Dallas, but rookie corner Kevin King may have a shot at covering star receiver Dez Bryant; he’s already had cracks at Julio Jones and A.J. Green. King quipped this week that he would tell his coaches “thanks again,” for the trust shown by such an assignment if he was matched up with Bryant Sunday.

Mixing-and-matching on the line: Only four NFL teams have allowed more sacks than Green Bay, which has everything to do with both of the Packers’ starting tackles sidelined through the first few games. The makeshift offensive line has allowed 15 sacks and 27 quarterback hits through four games. Meanwhile, Dallas DE DeMarcus Lawrence leads the league in sacks (7.5). LT David Bakhtiari and RT Bryan Bulaga are still questionable heading into Sunday’s contest, but the Packers must continue to prioritize protecting No. 12, even if it means guard Lane Taylor slides outside for the second week in a row.

Rest easy: DJ Khaled would agree: this one is a major key. The banged-up Packers had 10 days off between Thursday Night Football, hosting the Bears, and Sunday’s game at AT&T Stadium. That’s enough time for some serious R&R for a Green Bay squad that was listed 11 players on its injury report to start this week. A few key Packers - including Davante Adams and Mike Daniels - should return Sunday, just in time for a key stretch of the regular season.

The #Packers enter most vulnerable quarter of schedule. Next four games could be biggest test of the season. More at 6PM on @NBC26 pic.twitter.com/sEoouu9A19

Numbers to know
15: Games in the Dallas-Green Bay overall series that have been decided by 10 points or fewer
156: Elliott’s yards after contact (fourth in the NFL)
0: How many times Dak Prescott has lost back-to-back regular-season games
101.4: Aaron Rodgers’ QB rating in his seven games (5-2) as the starting quarterback against Dallas
78.6%: The Packers’ red zone efficiency, which is best for tops in the NFL, according to ESPN

What they're saying about the 'Boys

What they’re saying about the Pack

Davante Adams is traveling to Dallas and has cleared the concussion protocol, per source. He's expected to play... https://t.co/vANl1Xkyb9