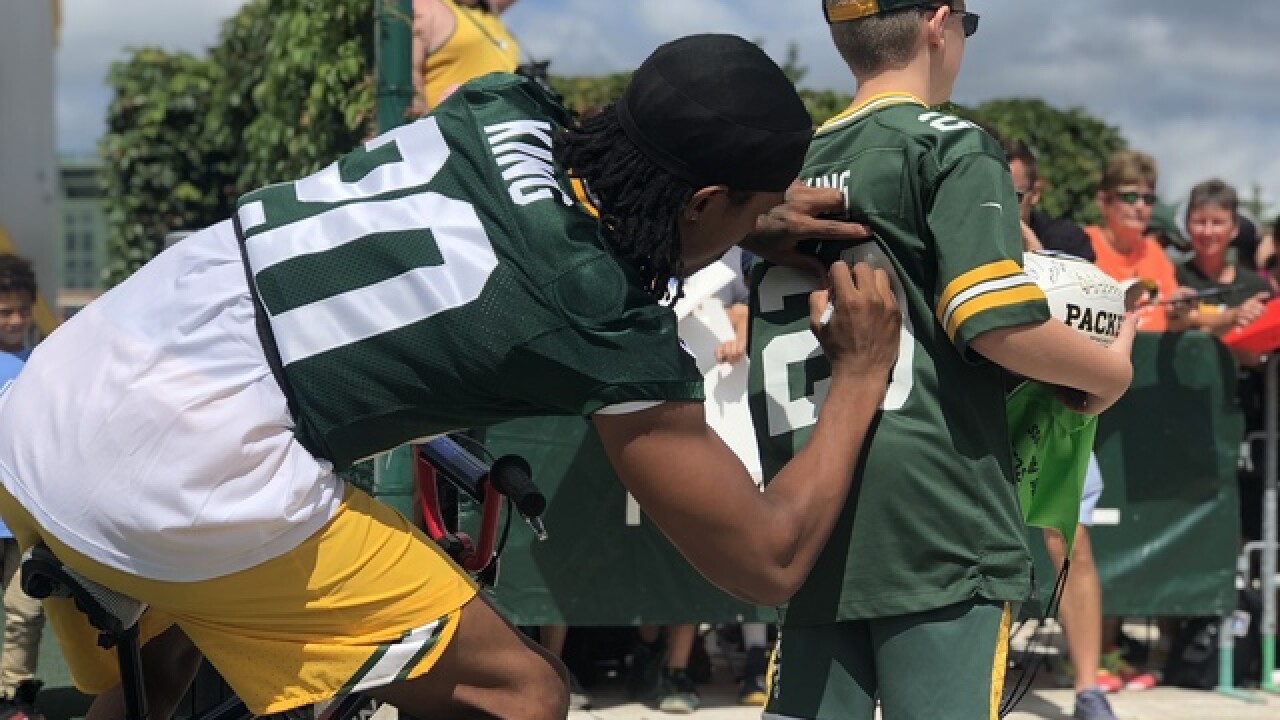 The 100th season of Packer football kicked off with a training camp like any other, with rookies taking in the Packer faithful and zeroing in on their bike partners. But on the field, it was back to business.

Rookie corner Josh Jackson said the hardest part was saying no to so many kids before choosing his bike partner, but he was impressed by the fans' turnout.

"Kind of felt like a mini game I guess. Any time there's a crowd there, you want to be able to bring it and just show your teammates that you're ready to go," the Iowa product said. "So I think that was the main thing: It was fun to be out there and just practice in front of all those people and have them cheer for you. So it just goes to show how great the Green Bay Packer fans are."

"It amps up. I said this in the spring: It's a different tempo in training camp," said Aaron Rodgers. "It'll be a different tempo when we put the pads on, so it'll be exciting to see all the kind of competitions shake out."

One competition going forward will be in the running backs room, with the likes of Jamaal Williams, Aaron Jones and Ty Montgomery. Williams, who said his infamous dancing is to stay focused during practice, is feeling more and more at home now in his second year in Green Bay.

"First day was good, you know?" he said. "A lot different from last year. Feel more comfortable, just ready to go out there and have a great season."

King of camp: One group many fans had their eyes on was the cornerback group, especially Green Bay's first two draft picks. Veterans Davon House and Tramon Williams practiced with the first team, but second-year corner Kevin King made his return known with the first pick of training camp. "Felt good going out there having that type of outcome," King said. "That's just coming from the second year jump they say, just slowing things down a bit and being more comfortable. Having guys like Tramon, you know, veteran guys who can help slow the game down as well."

On the injury front: Bryan Bulaga is still rehabbing his right knee, Clay Matthews is also nursing a knee injury and Nick Perry is out with an ankle injury so far. Mike McCarthy said Thursday morning that none of those injuries are threats for Week 1 at this time.