McCarthy: "We understand who we are," understand lofty expectations as training camp begins 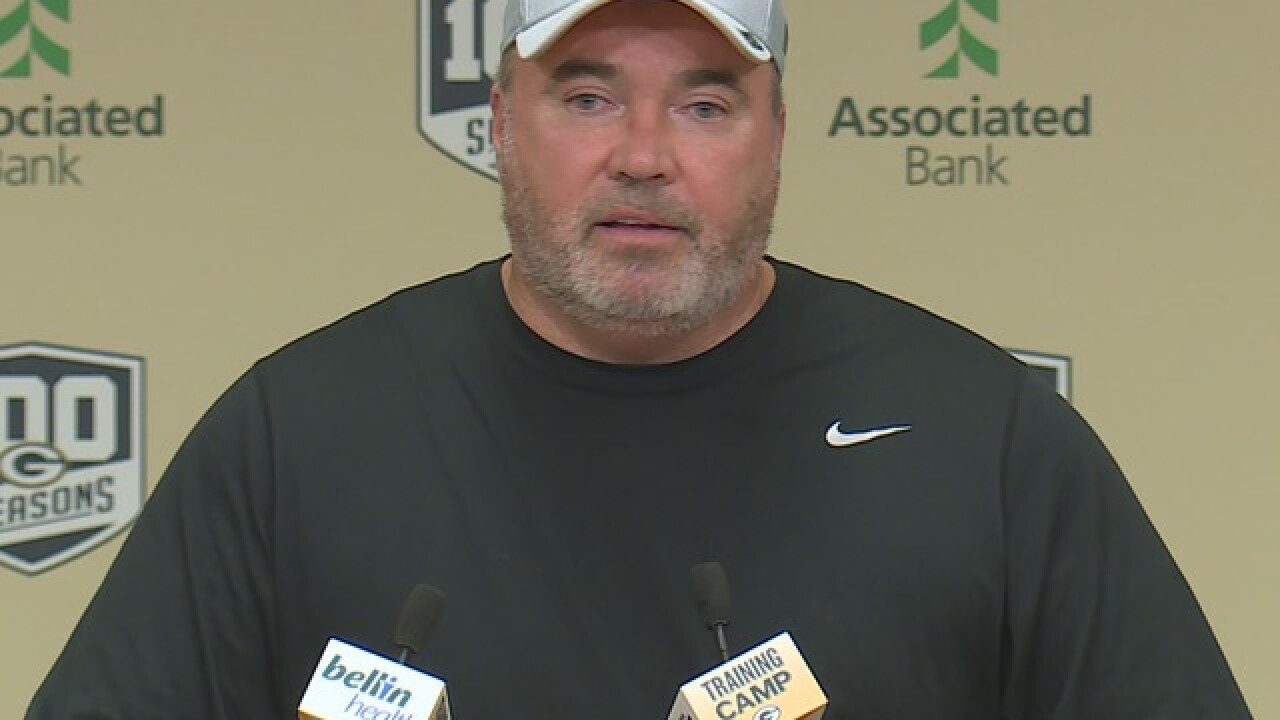 The day before training camp is the start of a season that right now is just a blank slate, full of excitement for fans and the team, especially with all the hype surrounding the Packers' 100th season. And at this time of year, head coach Mike McCarthy & Co. tend to say the same things about whether their team is Super Bowl-ready.

"Whether you're a favorite or not favorite, you know, we understand who we are," McCarthy said at his season-opening news conference Wednesday. "We're the Green Bay Packers. Now this is the 2018 version (and) 100-year anniversary, so there's a lot of great energy around here that we haven't had in the past. We're going to try to take advantage of it."

As for the bad taste still lingering in fans’ mouths after last year’s 7-9 season?

"We all should be better for the negative experiences we have encountered in the past, and so whether it was our record last year, Aaron's health, all of those things," McCarthy said. "And if I haven't pushed that forward from a leadership position to our football operations, then, you know, I haven't done a very good job."

Moving on from last year also includes new defensive and offensive coordinators. The defensive playbook brought to Green Bay by Mike Pettine is installed, but the next phase of training camp has two goals, according to McCarthy: getting experienced veterans up against fellow vets for quality reps and staying away from "bad looks," or situations that would not play out during the season.

"Like we all do, you don't want to practice things you know you're not going to do in a game," McCarthy said. "But when you have the install phase, you're teaching concepts and it's a menu that you're preparing for 16 games for them. So you have to get those concepts repped."