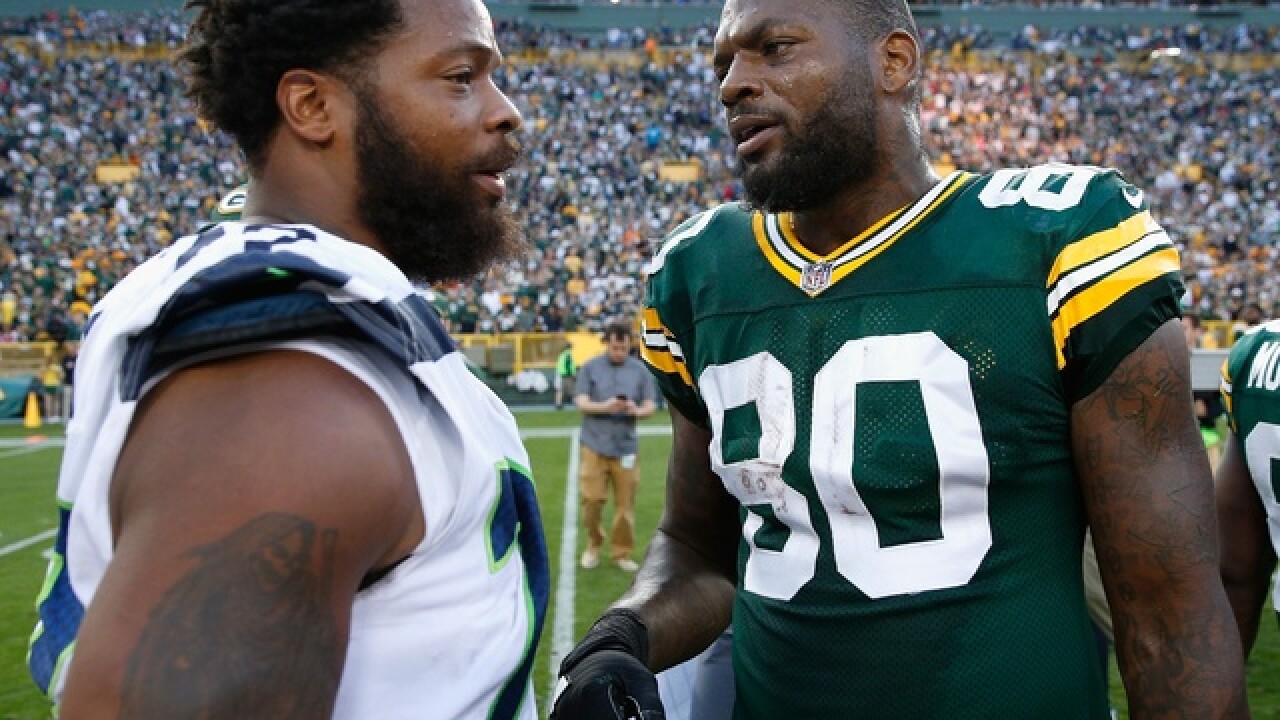 Copyright 2017 Scripps Media, Inc. All rights reserved. This material may not be published, broadcast, rewritten, or redistributed.
<p>Photo by Joe Robbins/Getty Image</p>

A pair of brothers linked by their beliefs on racial conditions, and the anxiety of an incident for one of them involving police, gave their protest about those conditions in a way that has brought controversy over the past 13 months in NFL stadiums.

Martellus raised a right hand with a black glove in a fist during the anthem. Michael sat down.

Michael Bennett sits for the national anthem while his brother Martellus stands with a fist in the air on the other sideline pic.twitter.com/enEerCOEkJ

This came in the wake of how he believes Las Vegas Police racially profiled him.

He claims that on Aug. 26 he was headed back to his hotel after the Mayweather-McGregor fight at T-Mobile Arena in Las Vegas when several hundred people heard what sounded like gunshots.

Michael says that when he began to run like many others did around him, police officers singled him out and pointed their guns at him for "being a black man in the wrong place at the wrong time."

The police ordered him to get to the ground and according to his letter they told him they were going to "blow his f***ing head off." He recounts an officer placing a knee in his back, restricting his breathing, and handcuffing him so tight that his fingers went numb.