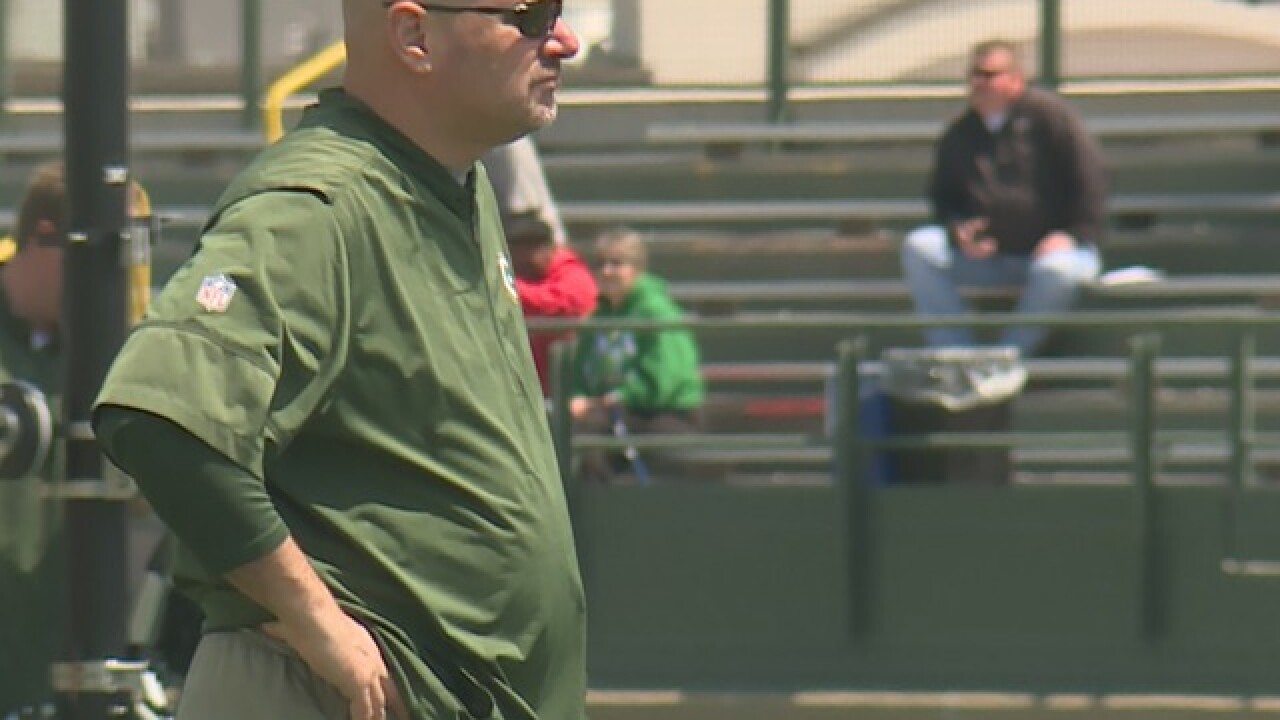 Mike Pettine’s playbook has been characterized as more simplified, something that figures to help someone like Packers second-year safety Josh Jones, who had his fair share of rookie mistakes last season.

"I wasn't a fan of what I did last year, what I put on tape, and I'm not going to try sit and try to hide from it or make up excuses. I just didn't play well," Jones said Tuesday, after Green Bay's first open OTA session. "I'm not going to get into scheme, you know, comparing the two defenses. I'm not going to do that. When Week 1 hit, everybody gonna see (this new scheme)."

But installing this defense has been a new process for the vets too.

"Well it's different, you know? Obviously, I was fortunately enough to be in Dom's scheme for nine years, and I think that really allowed us to have some success at times and continuity," said outside linebacker Clay Matthews. "But obviously with a new coordinator, new terminology, everybody's kind of new to it, but I think we're all really excited about it.

"As with any new coordinator, obviously there is a learning curve, as you mentioned, but we'll be ready to rock once these OTA's are done and refresh it once we get back to training camp."

New Packers defensive end Muhammad Wilkerson played under Pettine as a New York Jet, and while he said he recognized some aspects of this new playbook, he's still learning.

"Some of the wording is a little different from back, years ago, when I was with Pettine, but you know, we all getting through it. We're working together. We are brothers in this locker room and on the field, so we gotta be there for each other, but helping out guys how I'm supposed to when I can," Wilkerson said. "I can see the guys, they're excited, like you said about Mike Pettine, the system. It clearly works. The resume, the numbers, speaks for itself. It's all about 11 guys being on the same page, executing."

Clay Matthews did not participate Tuesday due to a knee injury, as well as Nick Perry, whose ankle is injured. Also not participating but not injured were CB Tramon Williams and S Ha Ha Clinton-Dix, although they were not reportedly injured.