Davante Adams did not participate in OTA's Tuesday due to hamstring, minor injuries 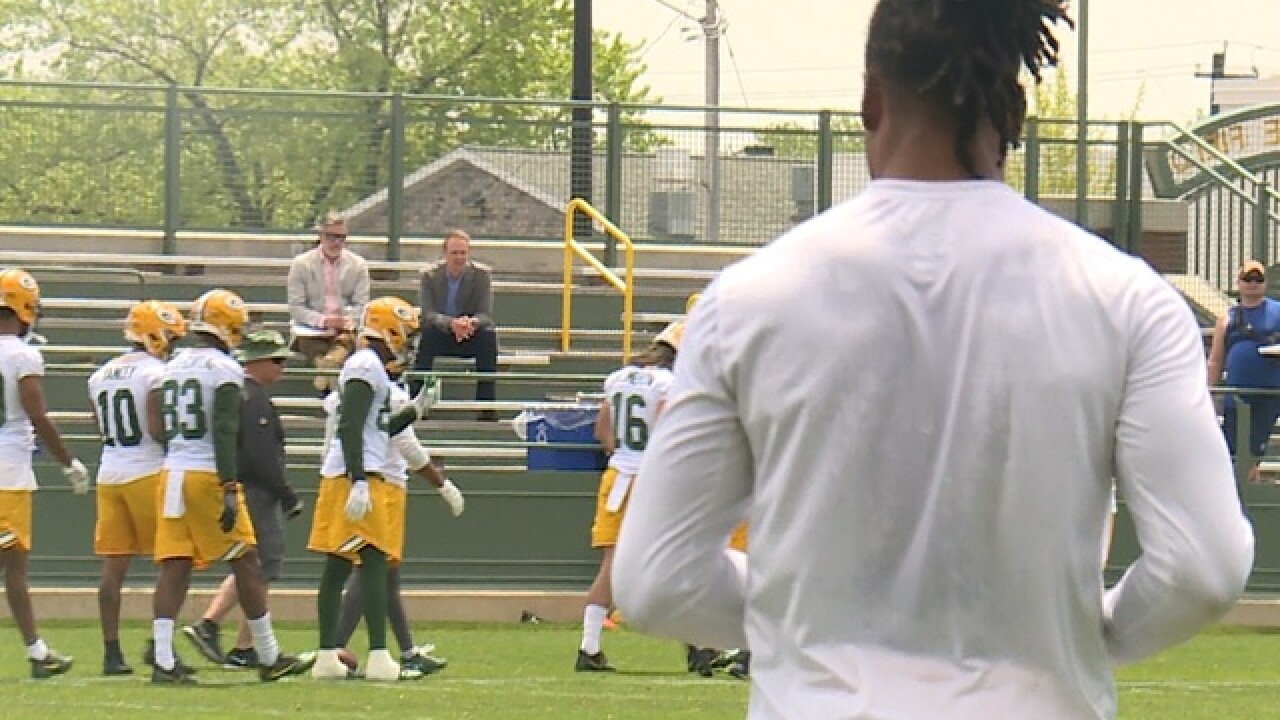 Packers receiver Davante Adams did not practice at Tuesday's OTA's open to the public due to a hamstring injury and minor injuries. Adams emerged from the Don Hutson Center about halfway through the session, but did not participate in drills or even carry a helmet with him.

"Unfortunately, he’s battling a couple things so he’s in a limited state right now as far as practice, but I really like what he’s offered to the younger guys, because there’s been some change," McCarthy said Tuesday morning. "There’s been change for everybody, and it’s no different for the receiver position."

Adams, who signed a four-year, $58 million contract extension in December, did give fans a show when he jumped over one of the referees at OTA's Tuesday.

The Packers' top receiver said after practice he pulled the stunt "just to show people who see me standing on the sideline, I don't want them getting scared. If I'm jumping over people, things are going to be OK."

Corner Tramon Williams and safety Ha Ha Clinton-Dix also did not practice, but they were reportedly not injured.