Packers, Bears link arms during anthem, but many fans don't 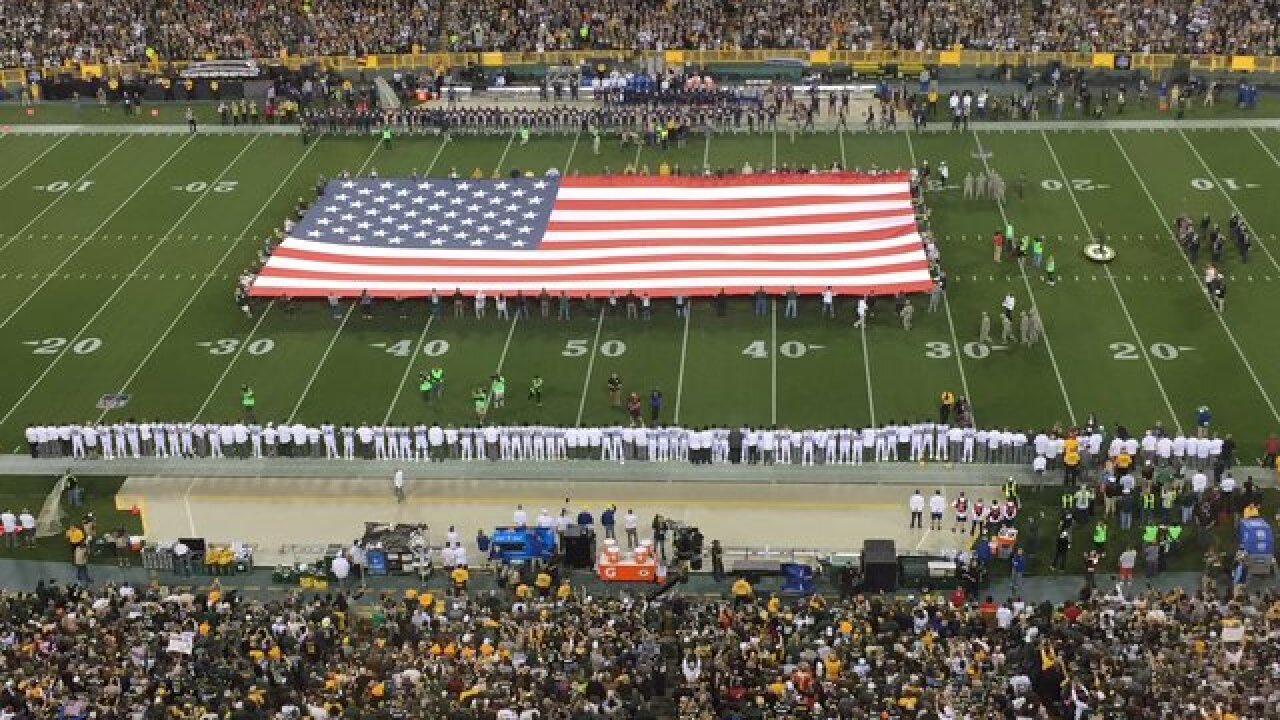 In an attempt to show unity, the Green Bay Packers players asked fans to link arms during the national anthem during Thursday night's game against the Chicago Bears.

It appears most fans, however, did not participate.

Before the anthem, chants of "USA" filled Lambeau Field from the stands. Nearly all fans stood, but only some linked arms, according to those at Lambeau. Some fans also saluted.

A few fans saluting, a few linking arms across rows at Lambeau for the national anthem. #CHIvsGB pic.twitter.com/cwRine585H

Tough to put a number on it, about 10% of Lambeau locked arms during anthem. No issues though, all positive and lots of cheering #CHIvsGB

Packers players released a statement earlier this week and asked fans to link arms in a display of unity during the anthem.

In response, fans were split on what they would do. Some said they thought the various anthem displays, including kneeling, were disrespectful. Others agreed with the message for unity.

Most, however, said they did not want to become part of the protest in any way and just wanted to watch football.

The protests started after President Trump made comments at a rally in Alabama calling for NFL owners to fire players who protest the anthem.

The comments prompted a response from across the league, with some teams even staying in the locker room during the anthem Sunday.

A handful of Packers sat on the bench during the anthem before their game against the Bengals, while the rest of the team stood arm-in-arm on the sideline.

"It's never been about the military or our men and women in uniform. Like I said after the game, we love and support them and each of us I'm sure have done charity events for them," Rodgers said earlier this week. "This is about equality. This is about unity and love and growing together as a society and starting a conversation around something that may be a little bit uncomfortable for people."