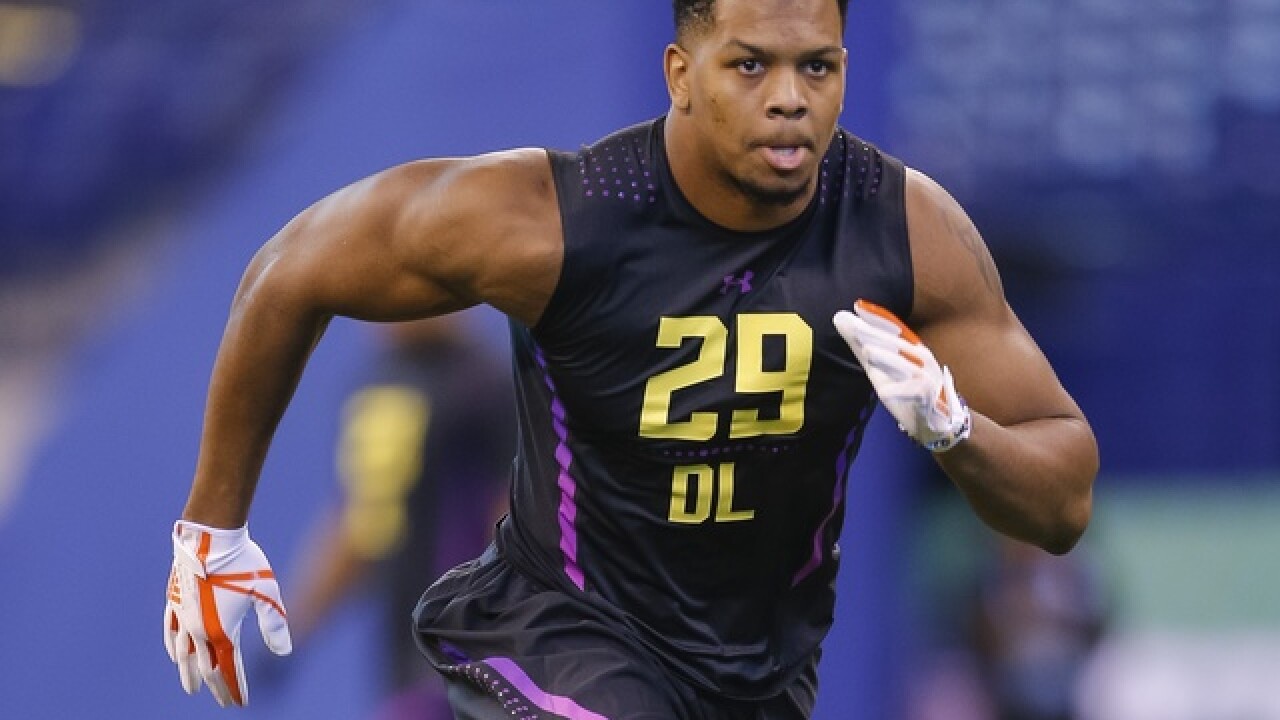 Draft Day has finally arrived. Starting at 7:00 p.m. CT tonight (Thursday), the next wave of NFL hopefuls will hear their names called and shed their college colors for new professional ones. From potential Packers picks to former Badgers and local connections, here are some players to keep an eye on.

The Packers have the 14th pick in the first round, their highest since 2009. They also have the most picks of any team with 12 total selections. Many believe a defensive player will be the first off the board for Green Bay. Considering the Green and Gold defense gave up 30 touchdowns last season, second most to only the New York Giants, that seems like a fair assumption. Here are a few players that would make sense as a first round pick. 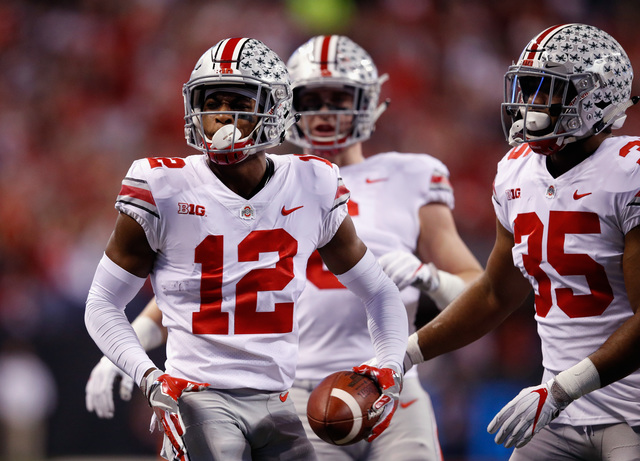 Arguably the best cornerback in this year's draft, Ward was a first-team All-American with 37 tackles, two interceptions and 15 pass-break ups in 2017. Green Bay met with Ward at the combine and if the Packers are serious about a cornerback in the first round, they may have to trade up to get Ward. 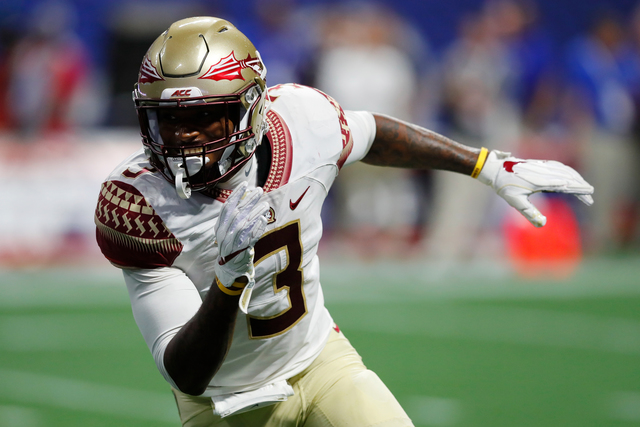 With Packers star safety Morgan Burnett gone to Pittsburgh, the need for a versatile safety who can cover the slot is high on the priority list. Derwin James could be the solution. James played just two games in 2016 due to injuries, but he bounced back last season recording 84 total tackleas, two interceptions, 11 pass-breakups, a blocked kick and a sack. Similar to Ward, the Packers may have to trade up to get James.

Crimson Tide alum Ha Ha Clinton-Dix would surly be happy to have another Nick Saban product in the locker room. Fitzpatrick set the school-record with four pick-six interceptions and helped Alabama win the 2017 National Championship. As only a freshman, Fitzpatrick earned a spot as the 'star' or nickleback starter. If selected by the Packers, he could see the same responsibility as a rookie in the NFL.

Aside from the secondary, many see the Packers edge rush as the weakest spot in need of improvement. Davenport has a proven track record of working the edge with 17.5 tackles for a loss in 2017. The defending Conference USA Defensive Player of the Year could work himself into the rotation as a rookie and potentially replace Clay Matthews who is set to become a free agent after the 2018 season. 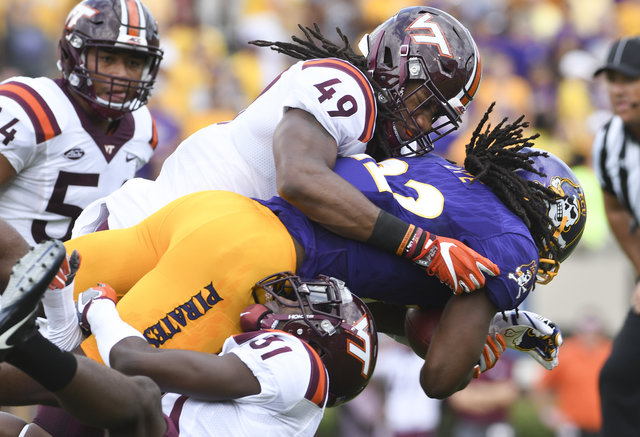 Like many of the prospects on this list, the Packers could have to trade up to get the physical specimen that is Tremaine Edmunds. At 6'5", 253 lbs, Edmunds is already built like a pro and has the numbers to back up the size. He totaled 109 tackles, 5.5 sacks and 3 forced-fumbles as a junior for the at Virginia Tech. 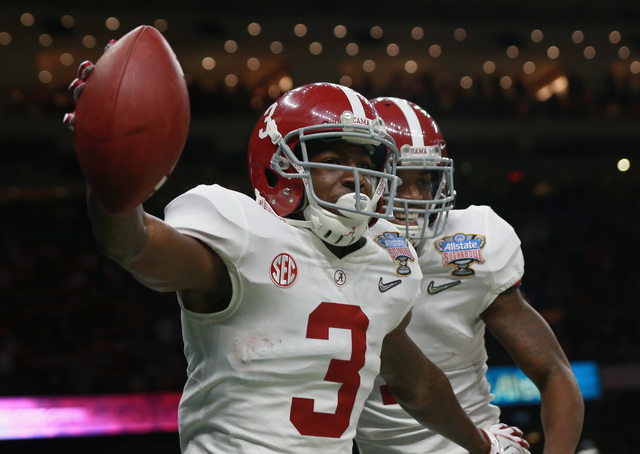 If first-year GM Brian Gutekunst decides to throw a curve ball, perhaps Alabama wide receiver Calvin Ridley could get the call toTitletown. With Jordy Nelson to the Raiders, and Randall Cobb a potential free agent in 2019, maybe the top wide receiver prospect in this year's draft would make sense at pick number 14 after all.

Last year, three Badgers were taken in the draft - T.J. Watt (Pittsburgh), Ryan Ramczyk (New Orleans) and Vince Biegel (Green Bay). After a near perfect season and an Orange Bowl championship, there's reason to believe twice as many Wisconsin players will come off the board this season.

The former walk-on from Somerset, Wis. had a remarkable sophomore and junior season but then sat out all of last year due to a torn ACL suffered during preseason camp. Cichy still received an invite to the NFL combine where he was only able to participate in the bench press (18 reps). Cichy also participated in the Badgers pro day in a limited roll. If an NFL team is satisfied with tape on him from over a year ago, Cichy could be the first Badger off the board.

Another Badger whose value may have been hurt by injury is cornerback Nick Nelson. The junior tore his meniscus while doing a private workout for an NFL team earlier this month that required surgery. Reports suggest he should miss about 3-4 months of activity but should be ready for the start of the season. Some reports have Nelson projected as high as a second rounder. 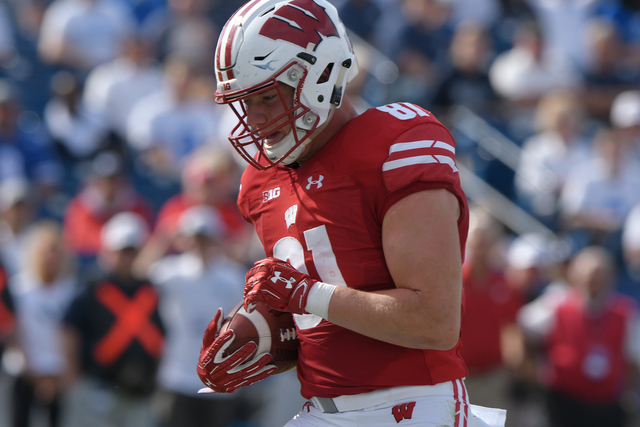 A fan favorite in MadTown and another former walk-on for the Badgers, Troy Fumagalli has a chance to prove doubters wrong. Despite 135 career receptions, 1,627 receiving yards and 7 career receiving touchdowns, many question whether Fumagalli has the size, speed and athleticism to succeed at the next level. Others still make a fuss about the missing finger on his left hand. What the Illinois native lacks in athleticism he more than makes up for in determination and that might be enough to convince a team to call his name in the middle rounds. 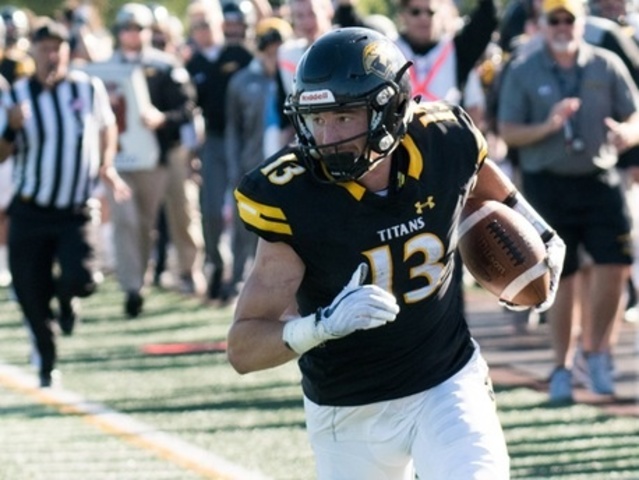 Perhaps the most interesting case of all the local prospects isn't a Wisconsin Badger. In fact, he's not even a DI player. UW-Oshkosh wide receiver Sam Mentkowski has a legitimate chance to be the first Titan picked in the NFL Draft since 1971. The senior out of Greenfield, Wis. is the school's all-time leader in receptions (180), receiving yards (3,141) and receiving touchdowns (27) which earned him a trip to the Badgers pro day. He didn't just keep up with his D1 counterparts, he nearly blew some of them away. Mentkowski posted the fastest 40-yard dash time (4.41), second fastest 5-10-5 shuttle (4) and fourth fastest 3-cone drill (6.76). Those numbers drew the attention of scouts and at least five NFL teams who have reached out to UW-Oshkosh on his behalf. Many compare Mentkowski to Vikings wide receiver Adam Thielen who played DII for Minnesota State Mankato. While Thielen went undrafted, his success in the NFL may have helped pave the way for Mentkowski to get a phone call this weekend in the later rounds.