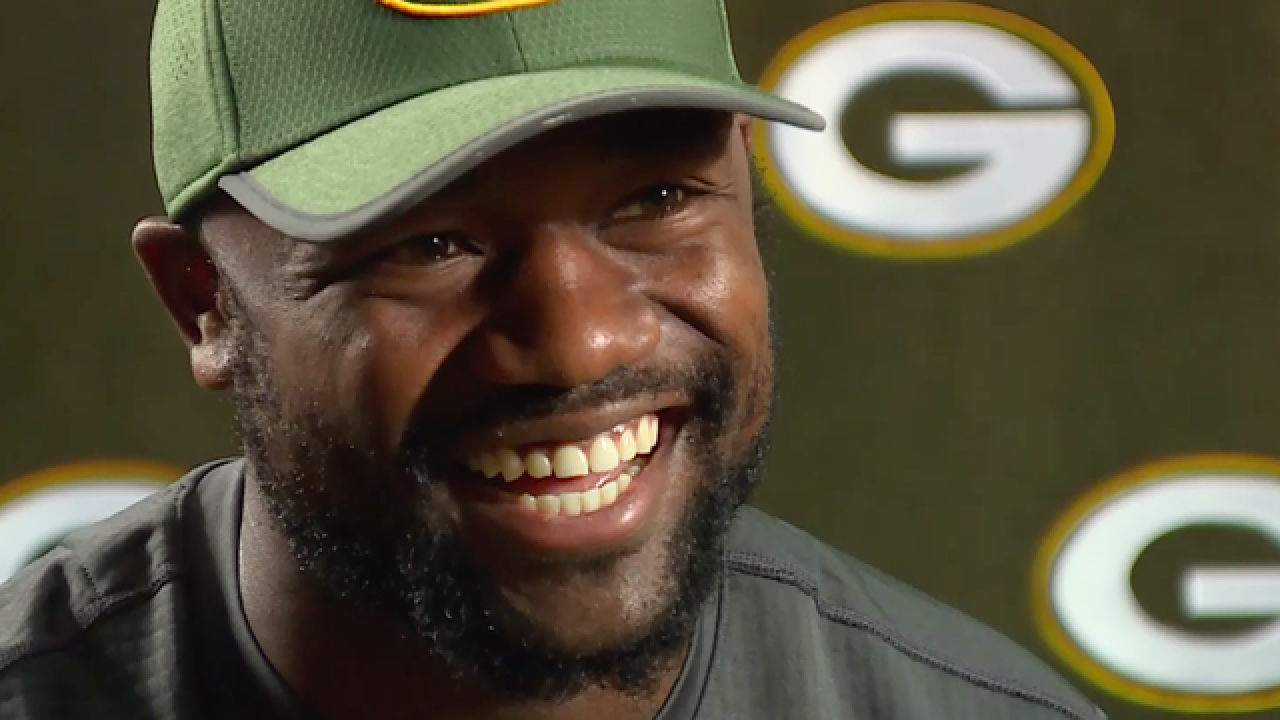 Through all the workouts, training, sweat and drills, what does Ty Montgomery think about?

The stare Aaron Rodgers gives him when he misses a block or fails in pass protection.

"I've already caught that enough times, and I don't want it anymore," the running back said with a laugh, in NBC26's exclusive interview ahead of the Packers' game against the Falcons. The full interview will be broadcast as part of the NBC26 pregame show from 5-6 p.m. Sunday.

Montgomery's transition from wide receiver to running back has been talked about as much as who Aaron Rodgers dated last season. Now that the regular season is here and he has one game under his belt as the undisputed starter, Montgomery said his perspective and relationship with No. 12 has changed. But don't expect trust falls between the two any time soon.

"I think it's changed things a lot, especially for the better," Montgomery said. "Because now (Rodgers) has to trust me to protect him. We have more conversations now on the field and off the field. He's a good guy, but I definitely think there's that trust factor that has to come in. And, 'Now that you're in here, I have to trust you to protect me.' And I just try to make sure we're on the same page."

When Montgomery was thrust into the starting running back role last season, he was simply grateful for the opportunity. He expanded upon that chapter in his career in the interview as well as his goals going forward this season

"It was exciting because I felt as though it allowed me to be more involved," Montgomery said. "I saw a big opportunity to be able to do anything, anywhere on the field.

"I just want to be effective from anywhere on the field... I've said before, this team needs me to be Ty. No one else. It just needs me to be Ty. And who's Ty? Ty is a route-running, pass-catching football player who protects the quarterback. That's what I need to be."

Beyond the football field, Montgomery talked about his passion for using social media to get his unfiltered message out to fans and revisited his decision to pen a Players' Tribune article this preseason. In that article and in the interview, he discussed his involvement in the Green Bay community, from recreational sports leagues to backyard BBQ's.

Catch the full interview Sunday on the NBC26 pregame show to find out who the best video gamers on the team are and which Packer makes Montgomery laugh the most, too.