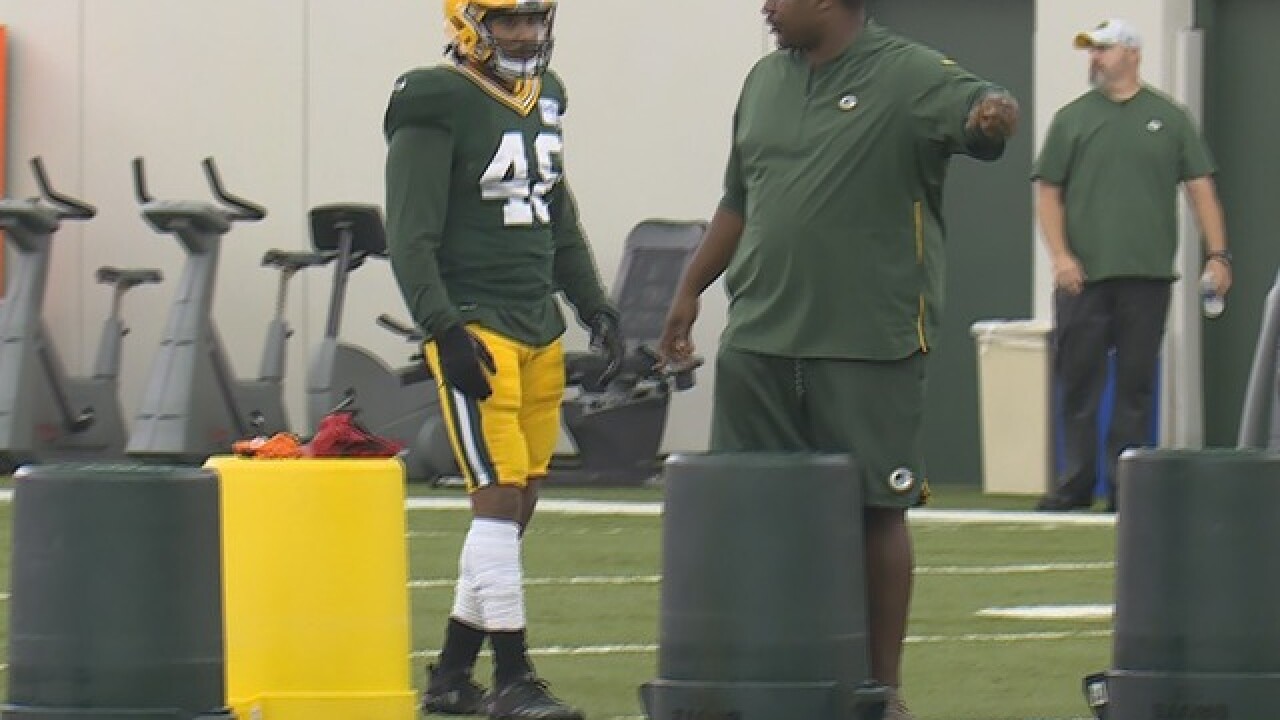 The Packers’ trade for linebacker Antonio Morrison made a lot of sense: trade a cornerback who wasn’t likely to make the roster, pick up an experienced linebacker who is physical inside.

But it also made sense for Morrison, whose style of play might fit better in Mike Pettine’s defense than in Indianapolis, where the Colts ran a 4-3 defense.

And Morrison sounds like he’s ready for a fresh start.

"You know, when they told me about the news, I was excited to hear that actually. It feels good to be in a different place, in Green Bay," he said. "It's good to be here knowing I have a chance to contend and get to the playoffs and all that."

"I scouted Antonio coming out. he was kind of the heartbeat of that team coming out of Florida. A lot of passion, very physical," said GM Brian Gutekunst. "He's not going to set the world on fire (with) speed by any means, but he's a kind of old-school throwback, very instinctual, very physical inside linebacker."

Meanwhile, the Packers welcomed back RB Devante Mays and WR/KR Trevor Davis back to practice Monday in their last open training camp session.

Davis was a good bet for a roster spot anyways after the Packers have been unable to replace him as a kick returner, but he says he didn’t take his past success for granted in this year’s battle.

"I haven't been out there to make plays and show what I can do," Davis said. "You know, I can't try and base everything off past preseasons and seasons. You've got to come into it and really battle for a position, especially here we have great receivers, so it's going to be tough. But it's definitely interesting."

Davis bowed to the Packers medical staff when asked if he would play Thursday at Kansas City for the final exhibition game, but head coach Mike McCarthy said Monday morning the plan for Davis is "to get him through today and tomorrow and hopefully practice again on Wednesday and get him out there against Kansas City."

"He's been an excellent returner, particularly coming on in the last year," McCarthy said. "And let's not forget, he's probably our best gunner, our most productive gunner last year. So this is a big week for him. He knows that."

After injuring his hamstring after running in a touchdown early in camp, Mays was looking at a very uphill battle to a spot on the Packers’ 53-man roster. So to be back in positional drills today was huge for the second-year back.

"Watching the game, watching the team travel and having to stay behind and stuff like that, it's pretty hard just because like I had high hopes going to the offseason," Mays said. "A lot of work there that I was looking forward to, but I still got a lot of confidence that bigger things are to come, so I'm looking forward to it."

Also out today was Aaron Rodgers, who the Packers said had an illness. Jake Kumerow was taking in practice but wasn’t in pads and was part of the rehab group with Oren Burks.