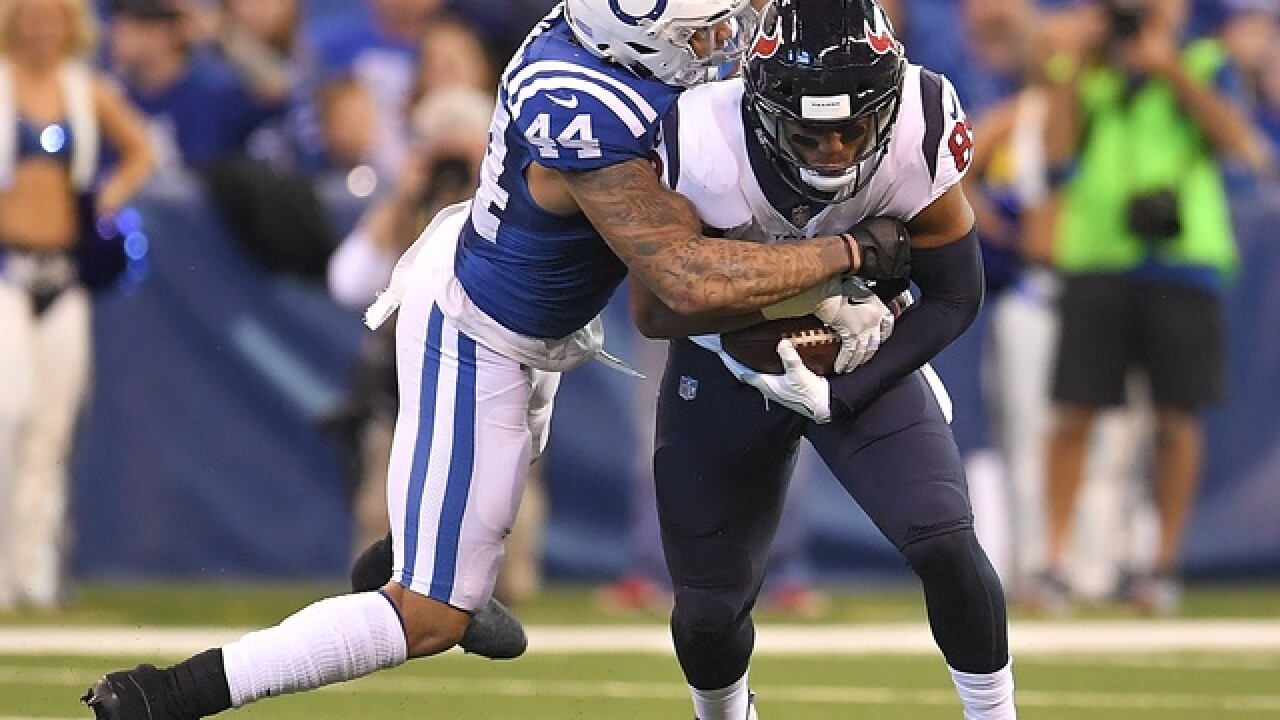 Morrison, a third-year player our of Florida, has played in 31 games, starting 19 of them and reocrding 154 tackles (91 solo), six TFL's and a pass defended. He led the Colts last season with his career-high 108 tackles (64 solo) and started all 15 games he played inside.

Pipkins, signed in May 2017 as an undrafted free agent out of Oklahoma State, appeared in 12 games for the Packers last season, starting one.

With a shoulder injury to rookie linebacker Oren Burks Friday at Oakland, the Packers are aiming to shore up linebacker depth, considering Jake Ryan also tore his ACL in camp already.

"Well (Morrison) is obviously an experienced linebacker and if you look at the youth of the group it was something that we felt we needed to add," McCarthy said Sunday. "It's a position that we wanted to add experience to and it's some young guys there that we feel good about."

At his locker Sunday afternoon, Burks said he hasn't been given a timeline for his return.

"It happens; it's part of the game," said Burks. "You never know when you're going to be sitting back with injuries and stuff like that but just being consistent and keep pushing through. I have a great support system back home with family and friends and staff here so I just have to keep rolling with it."

Morrison was No. 15 among all linebackers last season in regards to tackles. Only 19 of the 264 linebackers who recorded a tackle in 2017 broke the 100 mark. Mike Pettine and the Green Bay defense looks to Morrison now to fill a gap inside with Burks sidelined.

"I think it's a step that we're going to have to make as a defense losing (Burks)," said fellow rookie Josh Jackson. Right now, that's pretty big for us, so we just hope that the next guy that comes in, it's next man up, so we hope he just learns the defense and is ready to go."