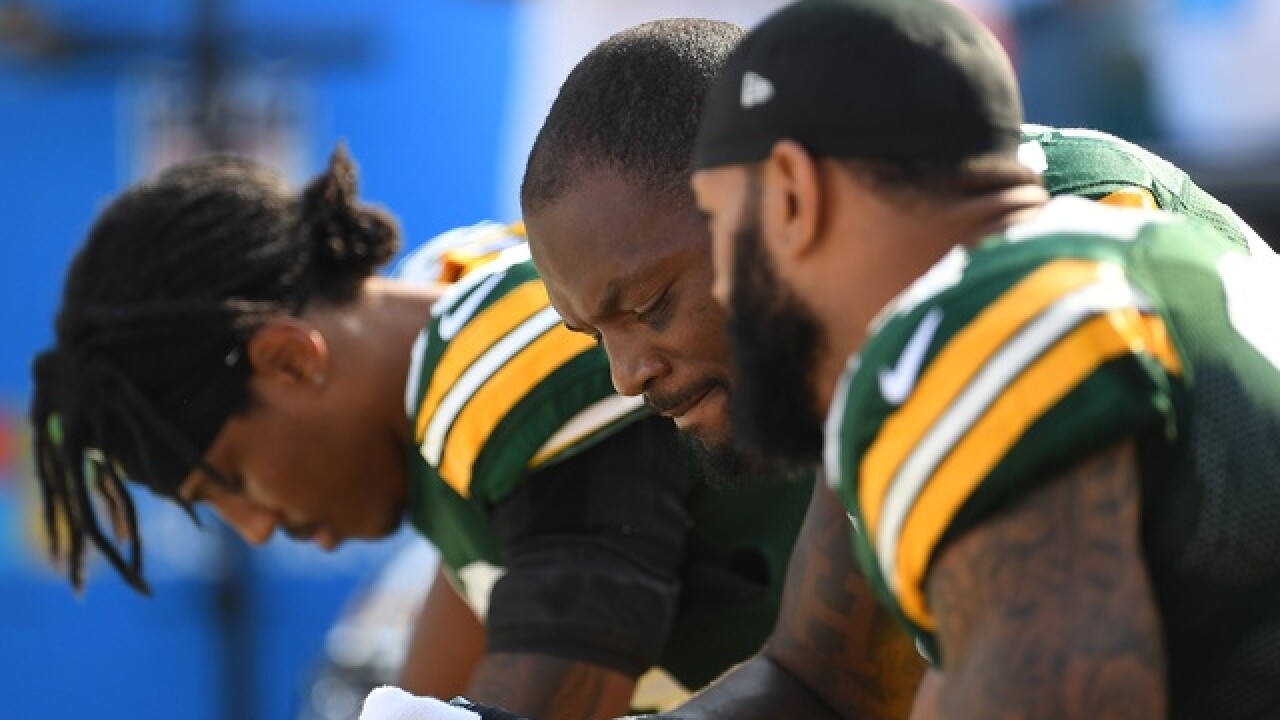 Four Packers chose to protest during the National Anthem prior to Sunday's kick off against the Bengals.

Most players stood on the sideline linking arms. Running back Ty Montgomery stayed along side his teammates while squatting down. He stood up midway through the anthem.

Tight ends Martellus Bennett and Lance Kendricks and corner back Kevin King all sat on the bench.

The anthem protest was in response to comments made by President Trump Friday at a rally in Alabama, in which he said players who protest the anthem should be fired and fans should boycott the NFL.

It's unfortunate that the President decided to use his immense platform to make divisive and offensive statements about our players and the NFL. We strongly believe that players are leaders in our communities and positive influences. They have achieved their positions through tremendous work and dedication and should be celebrated for their success and positive impact. We believe it is important to support any of our players who choose to peacefully express themselves with the hope of change for good. As Americans, we are fortunate to be able to speak openly and freely.

Many other teams in the league also participated in some form of protest Sunday, whether it was kneeling, linking arms or even staying in the locker room during the anthem.