McCarthy comments on possibly being deposed in Kaepernick collusion case 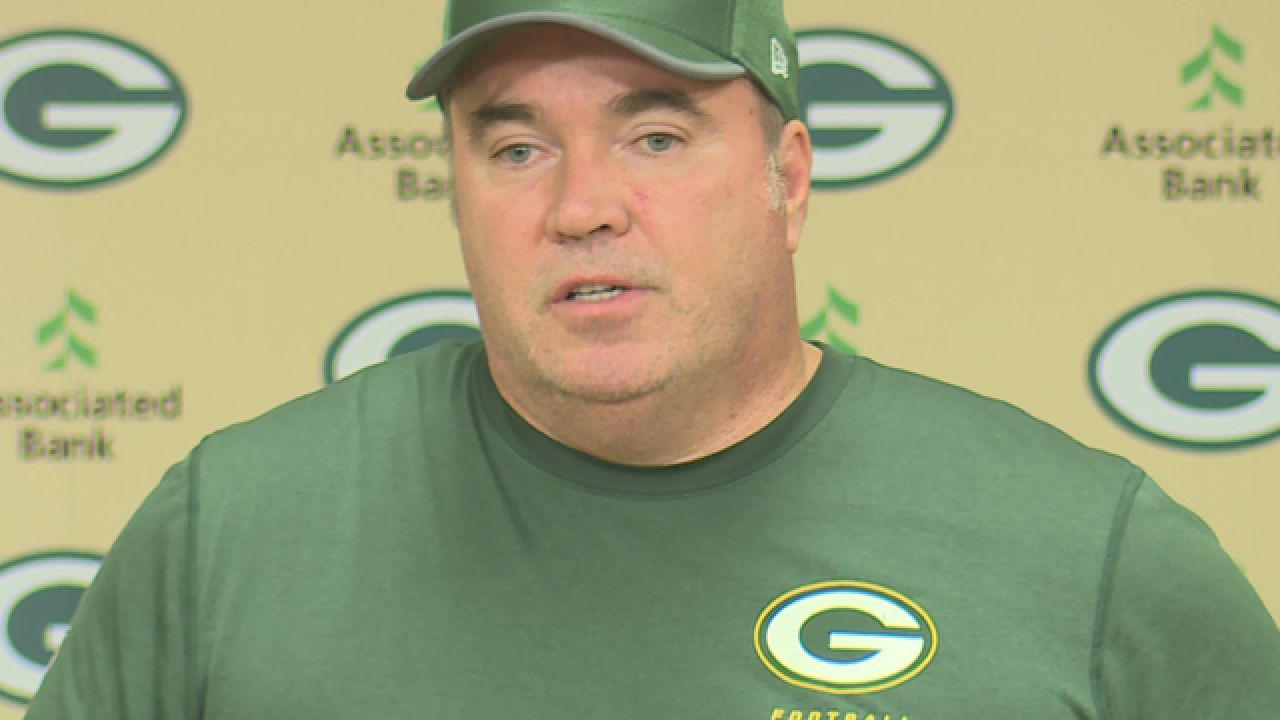 According to a report from CBS Sports' Amy Gash late Tuesday, Packers head coach Mike McCarthy will be deposed as part of the Colin Kaepernick grievance against NFL owners for collusion. As of Thursday, McCarthy said he was unaware of deposition.

I asked #Packers head coach Mike McCarthy about being deposed in #Kaepernick case. Here is his full response: pic.twitter.com/mXr4zrahWi

"I haven't heard anything about it and I'm not concerned about it," he said.

Following the injury to quarterback Aaron Rodgers, McCarthy was asked if the team would consider Colin Kaepernick as an option but the coach aggressively dismissed that idea, stating the team would not look elsewhere.

"There was no intention towards any veteran quarterbacks," McCarthy said Thursday. "I stated that then and anything that is different from that is not true. It's someone with an agenda."

Reports earlier this month suggested the Packers tried to sign 9-year NFL veteran Brian Hoyer. McCarthy denied being a part of any of those discussions.

"I think it's unfair to Colin [Kaepernick] and I don't think it's fair to our quarterbacks," McCarthy said Thursday. "I said it after the game and I said it Monday, I wanted to make it loud and clear to everybody, especially our football team that Brett Hundley is the direction that we're going. That was the message and those are the facts. Anything outside of that is simply not true."