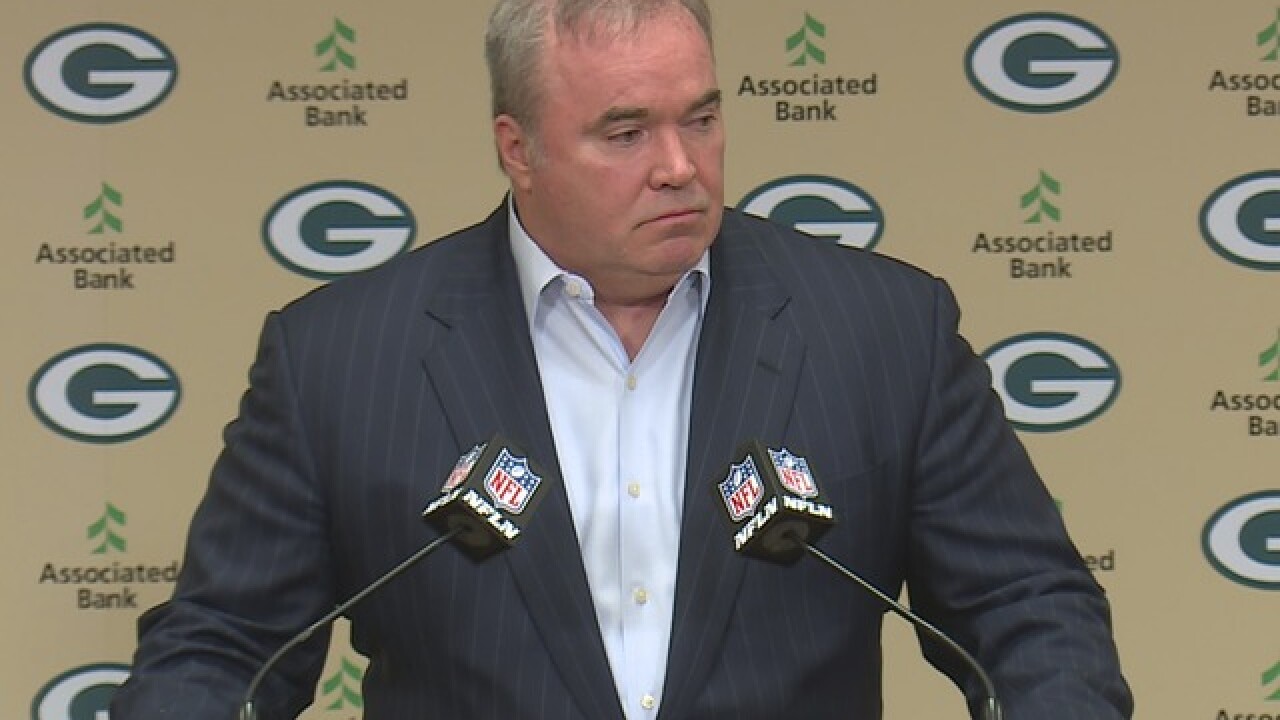 Packers head coach Mike McCarthy knows just how difficult it is to sustain a winning culture in the NFL.

McCarthy admitted that change was necessary in the team's front office but he also acknowledged a lack of chemistry within the locker room.

"I love his passion, I love his commitment," McCarthy said on Thursday. "Hey, at least he's frustrated. It's all about winning here and he wants to get that done."

Damarious Randall was also vocal after the loss to the Lions but McCarthy had a different reaction toward his third year cornerback.

More Randall: "It was just a lack of coverage, a lack of pass rush, a lack of everything. They just flat out played better tonight. Period."

"He needs to focus on himself," McCarthy said. "He didn't play the last two games. He needs to go home, and self evaluate and clean his own house."

Regardless of where the Packers point the blame, the bottom line for coach McCarthy is that his team did not live up to the expectations set long ago in Title Town.