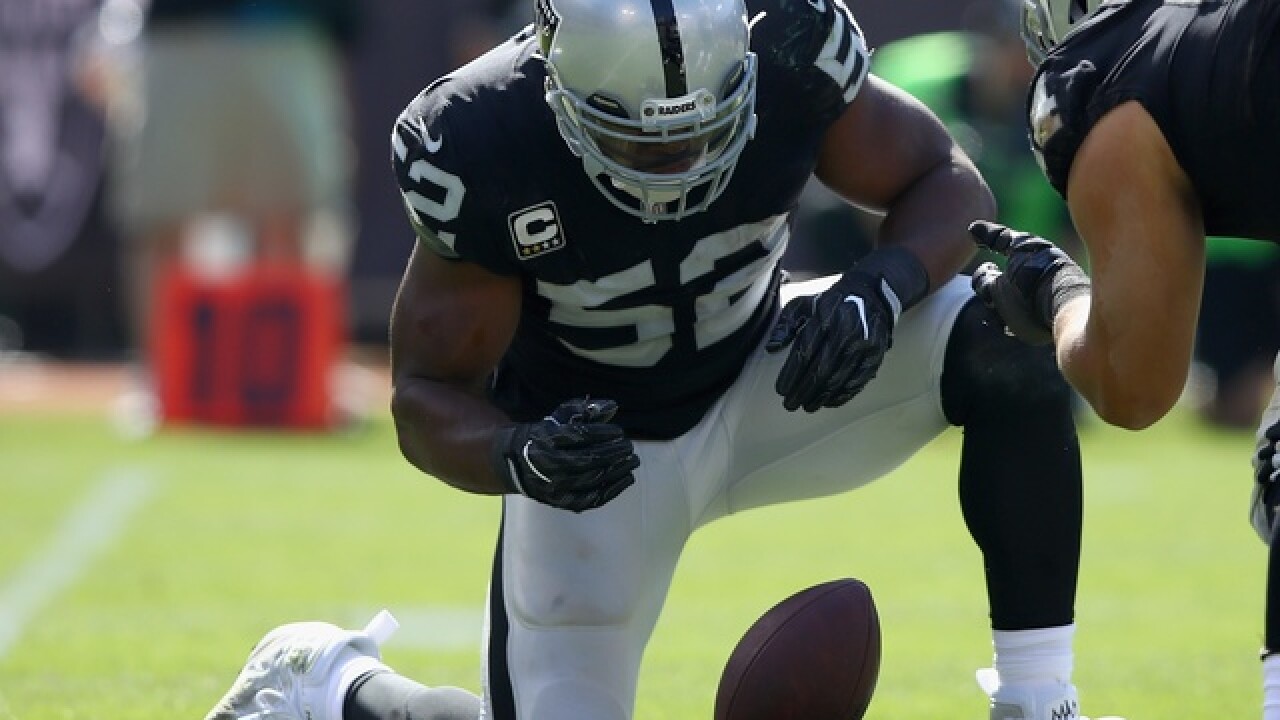 The Khalil Mack sweepstakes are over -- and the Chicago Bears came out on top.

The Packers were reported to be among the finalists for the Raiders pass-rusher.

ESPN's Adam Schefter reported Saturday that Mack and a Raiders 2020 second-round draft pick head Chicago's way in exchange for four draft picks: first-round selections in 2019 and 2020, a 2020 third-rounder and a 2019 sixth-rounder.

Mack held out of Radiers training camp and the preseason after Oakland exercised the fifth-year contract on the elite pass rusher's contract last summer.

Mack was the 2016 NFL Defensive Player of the Year but was not named to the All-Pro team in 2017 after his 10.5 sacks ranked as his fewest since his rookie season in 2014. Mack has compiled 40.5 career sacks since his rookie campaign.

The Packers host the Bears for Week 1 of the NFL regular season. Pregame coverage begins at 6 p.m. on NBC26 with kickoff at 7:20 p.m.