Breaking down the Packers' 53-man roster as it stands Sunday

Position-by-position breakdown after Sat. cut down 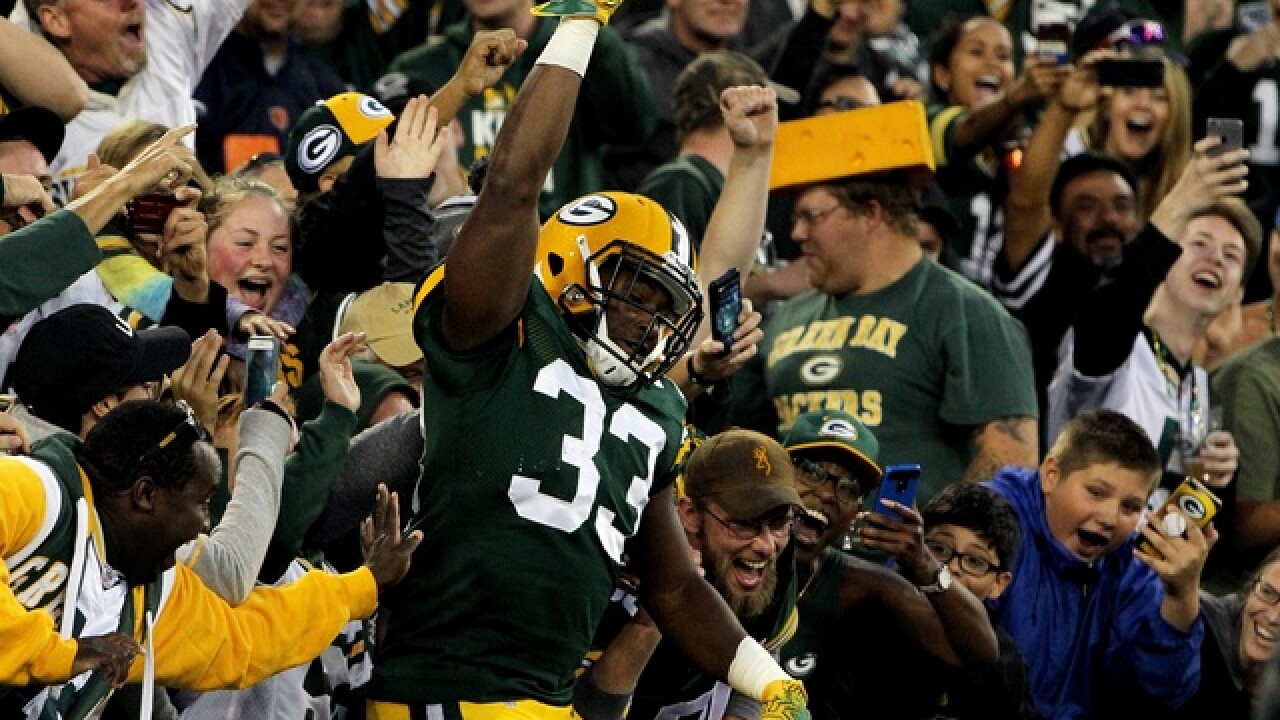 The Packers announced their official practice squad Sunday night. With those 10 practice squad slots filled, here is a position-by-position look at the final 53-man roster heading into Week 1. 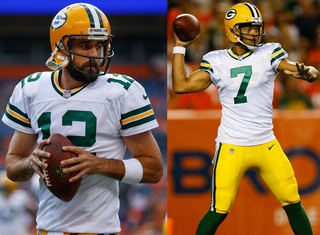 QUARTERBACK
Who made it: Aaron Rodgers and Brett Hundley
Practice squad: Joe Callahan
Who missed the cut: Taysom Hill
Parting thoughts: The Packers kept only two play-callers for the first time since 2013. Hill was the breakout player throughout camp, surpassing the other QB's with a 124.8 rating through three preseason games, compiling two touchdowns through the air and throwing 14-of-20 with no picks. Hill also showcased his athleticism and speed with a 23-yard game-winning score at Washington. Callahan, on the other hand, notched no touchdowns but threw 13-of-21 and was surpassed by the final preseason game by Hill in the pecking order. Hill was claimed by the New Orleans Saints. 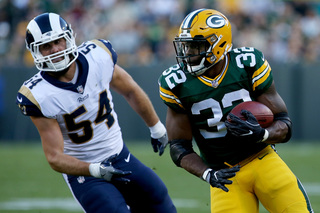 RUNNING BACK
Who made it: Ty Montgomery, Jamaal Williams, Aaron Jones and Devante Mays
Who missed the cut: Kalif Phillips
Parting thoughts: All three 2016 draft picks made the 53-man cut because they all showed various styles of play and strengths through the preseason. The Packers undoubtedly remember what a lack of depth in the backfield looks like and liked each rookie enough to keep them on the depth chart behind Montgomery. 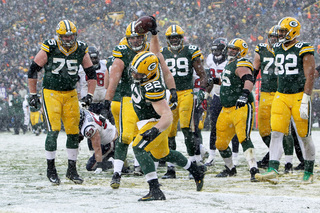 FULLBACK
Who made it: Aaron Ripkowski
Who missed the cut: N/A
Injured reserve: Joe Kerridge
Parting thoughts: Only 19 NFL teams had one fullback on their roster this time last year, but Ripkowski will be integral to ensuring success on the offensive side of the ball. His blocking ability should buoy struggling pieces on the offensive line and the inexperience all of the Packers' running backs have with pass protection.

WIDE RECEIVER
Who made it: Jordy Nelson, Davante Adams, Randall Cobb, Jeff Janis and Trevor Davis
Practice squad: Michael Clark and DeAngelo Yancey
Who missed the cut: Max McCaffrey, Malachi Dupre and Montay Crockett
Suspension: Geronimo Allison
Parting thoughts: With Allison on suspension to start the season, the Packers go low on receiver numbers compared to years past, such as last year, when they led the NFL by keeping seven receivers. Also notable: Clark, a raw but intriguing prospect because of his 6-foot-6 frame and athleticism, was signed to the practice squad. As expected, this stacked group will be a major asset as the Packers pursue a trip to Minneapolis. 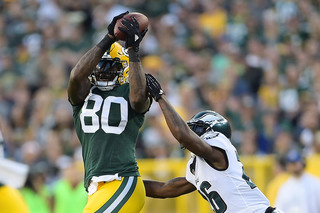 TIGHT END
Who made it: Martellus Bennett, Lance Kendricks and Richard Rodgers
Who missed the cut: Aaron Peck and Emanuel Byrd
Parting thoughts: With the huge offseason acquisitions of Bennett and Kendricks, this unit is poised to make a Bennett-sized (ie, "gigantic," as Bennett described himself) impact on the Packers offense. 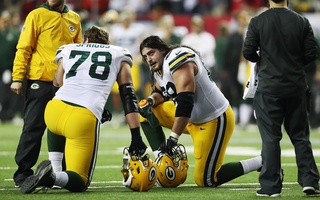 OFFENSIVE LINE
Who made it: Corey Linsley, Lane Taylor, Jahri Evans, David Bakhtiari, Bryan Bulaga, Don Barclay, Kyle Murphy, Jason Spriggs, Lucas Patrick and Justin McCray
Practice squad: Adam Pankey and Kofi Amichia
Who missed the cut: Thomas Evans, Geoff Gray and Robert Leff
Parting thoughts: The Packers haven't kept 10 offensive lineman since 2010, and given the lack of reassurance the second- and third-string lineman have given this team through the preseason, keeping 10 here is a product of just trying to have bodies in place in case of injuries. No backups stood out in any way throughout camp or the preseason; in fact, this unit gave up a whopping 19 sacks this preseason, as opposed to six sacks made by the Packers defense in that same period. Packers fans should hope that the starting offensive line remains healthy. 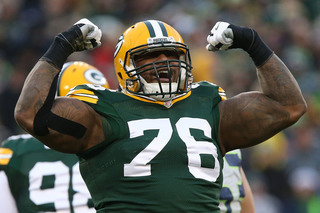 DEFENSIVE LINE
Who made it: Mike Daniels, Dean Lowry, Kenny Clark, Ricky Jean Francois, Christian Ringo and Montravius Adams
Practice squad: Izaah Lunsford
Who missed the cut: Brian Price and Calvin Heurtelou
Parting thoughts: Ringo and Price were competing for that last slot on the DL, but Ted Thompson ended up going with the versatile Ringo. Adams, a third-round draft pick this year, could still start the season on IR as he continues to recover from a foot injury. Notably, Lowry and Clark have made big gains in Year 2 as well. 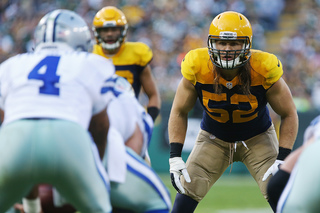 LINEBACKER
Who made it: Clay Matthews, Nick Perry, Jake Ryan, Blake Martinez, Joe Thomas, Kyler Fackrell and Chris Odom
Practice squad: Reggie Gilbert and Derrick Mathews
PUP: Vince Biegel
Injured reserve: David Talley
Who missed the cut: Johnathan Calvin, Cody Heiman, Jordan Tripp and Josh Letuligasenoa
Parting thoughts: OLB Jayrone Elliott had also made the initial cut, but he was traded to Dallas for a conditional 2018 draft pick. Ahmad Brooks, the veteran pass rusher from San Francisco, still hadn't inked a deal with Green Bay Sunday, so at least another roster move is expected to make way for him on the final 53-man going into Week 1. That all being said, the edge rushing situation in Titletown is a precarious one because Matthews and Perry have sustained minor injuries and Fackrell, the 2016 third-round draft pick, has not stepped up to the plate in their absence. This left the Green Bay front office to scramble to pick up OLB's off waivers throughout the league, like Odom. 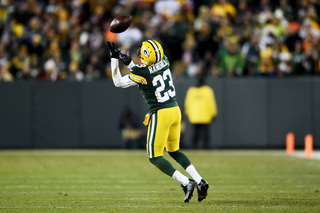 CORNERBACK
Who made it: Davon House, Damarious Randall, Quinten Rollins, Kevin King, Josh Hawkins, LaDarius Gunter and Lenzy Pipkins
Practice squad: Donatello Brown
PUP: Demetri Goodson
Who missed the cut: Daquan Holmes and Raysean Pringle
Parting thoughts: What was a liability at the end of last season figures to be a position of depth and strength heading into 2017. Up and down this depth chart all the way down to Brown, every player in this unit has made a key contribution at some point in the preseason. Healthy through camp and bolstered by the addition of King and the return of House, the cornerback unit is poised to have a breakout year, as long as the coverage weight is distributed evenly between the Packers' cover men and men up front. 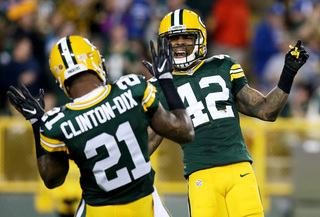 SAFETY
Who made it: Ha Ha Clinton-Dix, Morgan Burnett, Josh Jones, Kentrell Brice and Marwin Evans
Who missed the cut: Aaron Taylor and Jermaine Whitehead
Parting thoughts: Safety has to be one of the deepest positions on the Green Bay roster. Burnett and Jones will be used more in a hybrid inside linebacker role. Clinton-Dix is coming off a Pro Bowl season, and Brice and Evans had great performances through the preseason and training camp, with the former putting an exclamation point on his preseason with a 42-yard interception return in Denver and the latter leading the Pack defense with 14 total tackles through four preseason games. 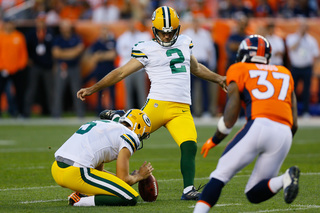 SPECIAL TEAMS
Who made it: Mason Crosby, Brett Goode and Justin Vogel
Who missed the cut:
Parting thoughts: Keeping three here means the Packers broke down its roster as evenly as possible: 25 on both offense and defense and three specialists. Earlier in camp, the Packers brought back Goode - who has been the Pack's long snapper since 2008 - to bolster experience in the special teams operation.