Aaron Rodgers shares his 'weirdest' moment in the NFL 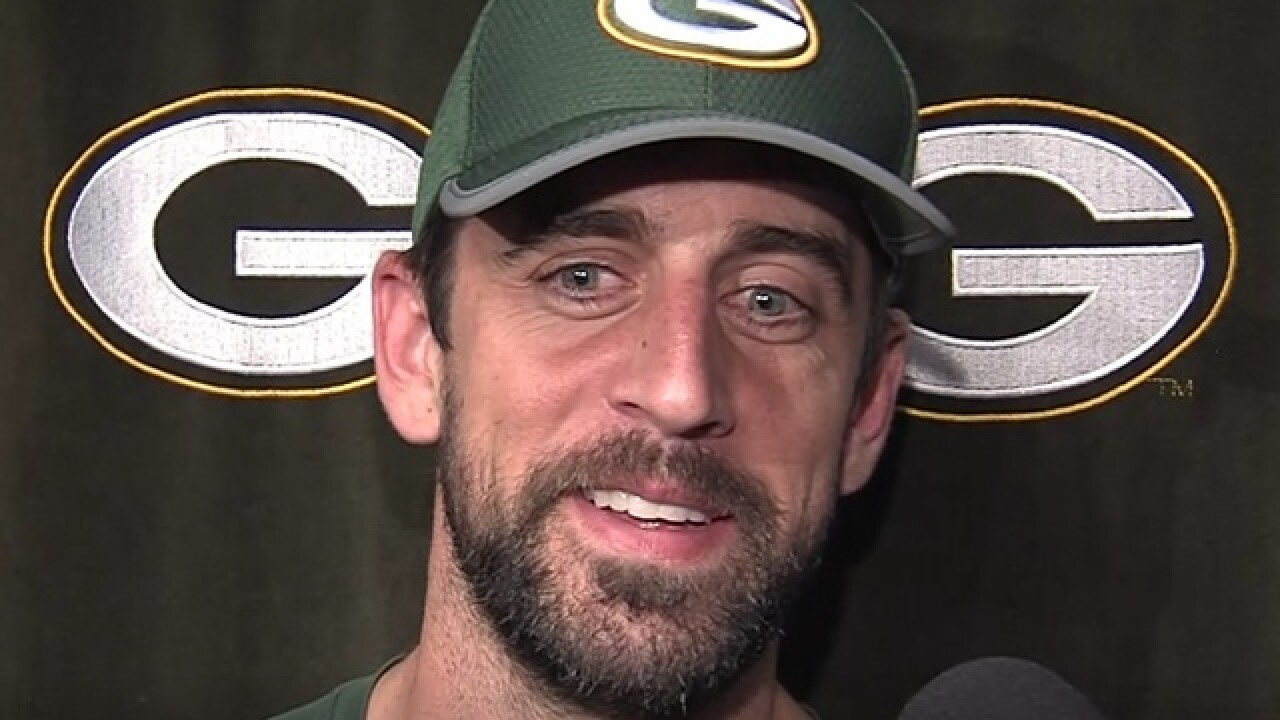 Aaron Rodgers has seen a lot in his time playing for the Green Bay Packers, but one story takes the cake...or in this case, the ball.

Rodgers shared with media Wednesday that one of the "weirdest" things he's seen during his time in the NFL was in 2005, when a Cincinnati Bengals fan stole the ball from Brett Favre in the middle of the game's final drive.

Rodgers, at the time, was Favre's backup.

On October 30, 2005, the Packers visited Cincinnati for a matchup with the Bengals. With 30 seconds left in the game and the Packers down 7, Green Bay was driving when a Bengals fan ran onto the field.

"He just ran past us, and what can you do?" Aaron Rodgers said. "You're not going to run after him."

The fan grabbed the ball out of Brett Favre's hands and ran about 50 yards before being tackled by security guards. The Packers ended up losing the game 21-14.

"He must've been pretty hammered," Rodgers said with a laugh. "I give him credit for the effort."

Rodgers and the Packers host the Bengals Sunday at 3:25 p.m. at Lambeau Field.