Aaron Rodgers could miss remainder of season with broken collarbone 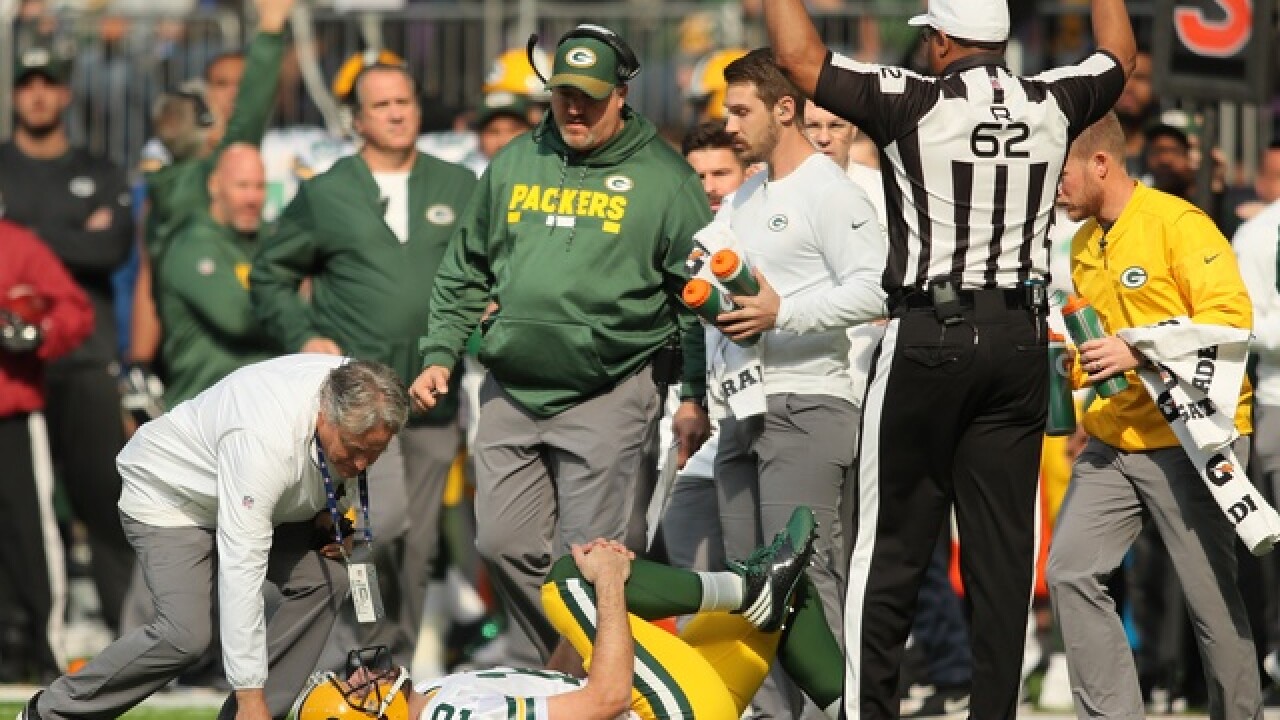 Packers quarterback Aaron Rodgers injured his shoulder in Sunday's game against the Vikings. The team announced that he broke his collarbone and could miss the rest of the season.

Rodgers was rolling right, looking for Martellus Bennett in the first quarter when he was hit by Anthony Barr. He was two for four with 18 yards before the injury. Brett Hundley replaced Rodgers.

Rodgers was throwing outside of the pocket on the run, which according to league rules, eliminates some of the protection quarterbacks receive when inside the pocket.

This is why there was no penalty on A. Barr hit on A. Rodgers. Outside of the pocket means a lot less protection. #GBvsMIN pic.twitter.com/tvJCgSfEsE